The ACI Foundation is pleased to announce the election of Dr. Aleksandra Radlinska as Chair of the Foundation’s Concrete Research Council, and Scott Anderson, PE, as the Chair of the Scholarship Council. These appointments were effective at the close of the American Concrete Institute’s spring convention on March 28, 2019.

The Concrete Research Council seeks to advance the concrete industry through the funding of multiple concrete research projects annually that further the knowledge and sustainability of concrete materials, construction, and structures. The Scholarship Council awards more than $100,000 in fellowships and scholarships annually in the name of individuals, organizations, corporations, and ACI. Promoted globally through ACI’s network of faculty members, these awards are given to the brightest and best students studying concrete. 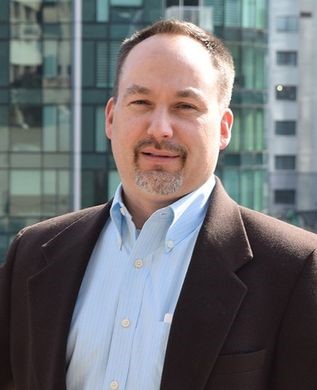 Anderson is President of Northern California at Pankow, where he has worked for the last 23 years in several capacities. An ACI Fellow, he serves on a number of ACI committees, including: 117: Tolerances, 362: Parking Structures, and the ACI Foundation Scholarship Council. Anderson’s contributions to the concrete industry are exemplified by his involvement in projects like the San Francisco’s Public Safety Building, the San Francisco Police Department Police Command Center, the Southern District Police Station, a neighborhood San Francisco Fire Department Fire Station, the rehabilitation of the San Francisco War Memorial Veterans Building, and the Sutter Health Van Ness Medical Office Building and Parking Structure.

He received his BS in Civil Engineering and Mathematics from the University of Maryland and his MS in Structural Engineering from Stanford University. Anderson is also a member of the San Francisco Partnering Steering Committee, Urban Land Institute, and the Lean Construction Institute.

Radli?ska joined the faculty of Penn State University in the Fall of 2012, following four years of teaching and conducting research in the area of cement-based materials at Villanova University. Prior to joining Villanova, she received her PhD degree in Civil and Environmental Engineering from Purdue University. During the Fall of 2011, she was a guest scientist at the BAM Federal Institute for Materials Research and Testing in Berlin, Germany. 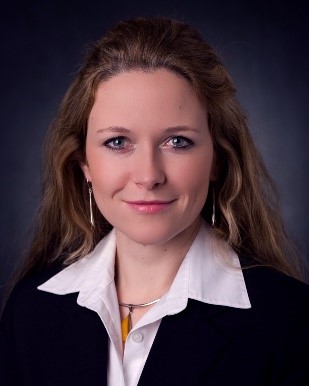 Radli?ska’s research focuses on developing innovative materials to enhance infrastructure durability and reducing CO2 impact. To date, she has investigated mechanisms and mitigation of shrinkage and carbonation in alkali-activated concrete, supported by the National Science Foundation (NSF), and prediction and reduction of the probability of early age cracking in concrete, supported by several awards from the Pennsylvania Department of Transportation (PennDOT). Currently, she is researching cement solidification in the microgravity environment (funded by NASA), pyrrhotite reactivity in concrete (funded by NSF) and 3D printing of concrete (funded by NASA and Autodesk). The research findings have culminated in 30 journal publications, the majority of which she has authored with her students.  She mentors undergraduate and graduate students and her advisees have received 27 awards and scholarships to date.

Radlinska is the Chair of ACI Committee 123: Research and Current Developments, and Vice-Chair of the Concrete Research Council. Her service to the concrete industry was recognized in 2012 with the ACI Young Member Award for Professional Achievement and in 2018, when she was named as an ACI Fellow.

About The ACI Foundation
The ACI Foundation was established in 1989 to promote progress, innovation, and collaboration and is a wholly owned and operated non-profit subsidiary of the American Concrete Institute. Three councils make up the ACI Foundation; the Strategic Development Council, committed to resolving the issues of new technology acceptance within the concrete industry; the Concrete Research Council, which funds and assists in the research of new concrete technologies; and the Scholarship Council which facilitates student fellowships and scholarships.