The ALL Family of Companies has increased both the size and service capabilities of its facilities in Elk Mound, Wisconsin, and Nitro, West Virginia.

ALL Crane & Equipment Rental Corp. of Nitro, West Virginia, is an area leader in heavy-haul trucking services and also functions as one of ALL’s major rebuild centers. The Nitro branch also specializes in repairing and maintaining ALL’s large fleet of crawler cranes—the biggest in North America.

The Nitro facility acquired approximately 5-1/2 acres of land a mile away from their existing facility. The property includes five buildings that are being transformed to house a truck and trailer repair shop, a machine shop, a parts warehouse and office, a sandblasting and painting building, and a fabrication and welding shop. Work began last November and is expected to be completed this fall.

A 7-month expansion project added an impressive 14,400 square feet onto the Elk Mound facility, including three drive-through service bays: two to repair cranes and other lift equipment, and one a dedicated wash bay. The new service bays facilitate quicker turnaround on maintenance and repair jobs, which means shorter downtime for customers. The expansion also included conference/classroom space, which will become a training venue for employees and customers. 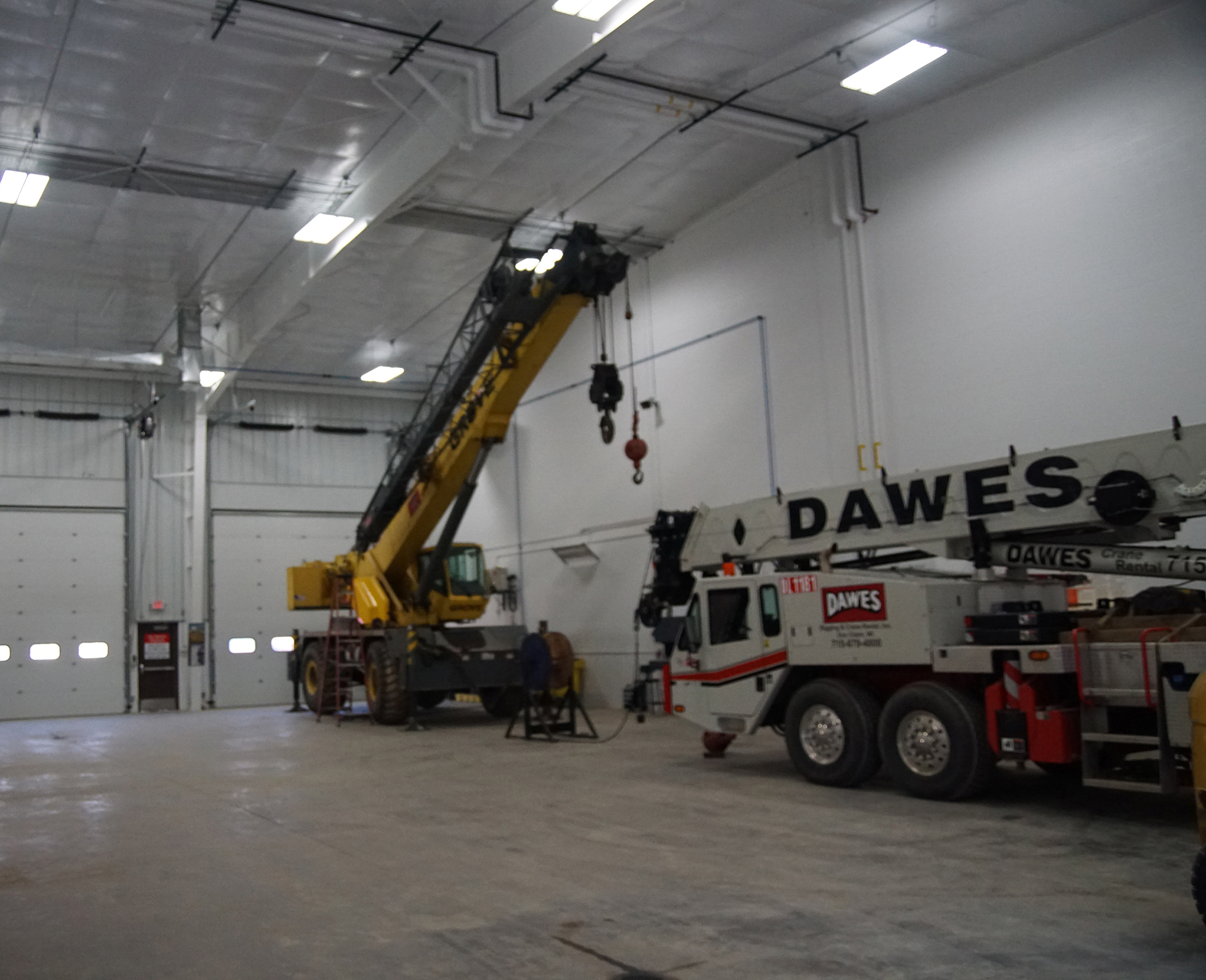 The ALL Family of Companies is a large privately held crane rental and sales operation in North America. Thirty-eight branches have access to one of the world’s largest and most modern fleets, operating under the ALL, Central, Dawes and Jeffers names.