Atlas Copco has produced its first piece of equipment, an XAS 185 portable air compressor, at its new production facility in Rock Hill, South Carolina. Facility construction, which began in January 2016, included lean manufacturing features to enable efficient and flexible processes that are sustainable for the environment. The compressor is the first product of Atlas Copco’s wide range of equipment, including generators and stationary compressors that will be produced at the plant, which officially opened in February 2017.

Atlas Copco built the facility to enhance its support for the North American construction market. The 180,000-square-foot plant is Leadership in Energy and Environmental Design certified and serves as the production and assembly facility for Atlas Copco’s North American Construction Technique division. 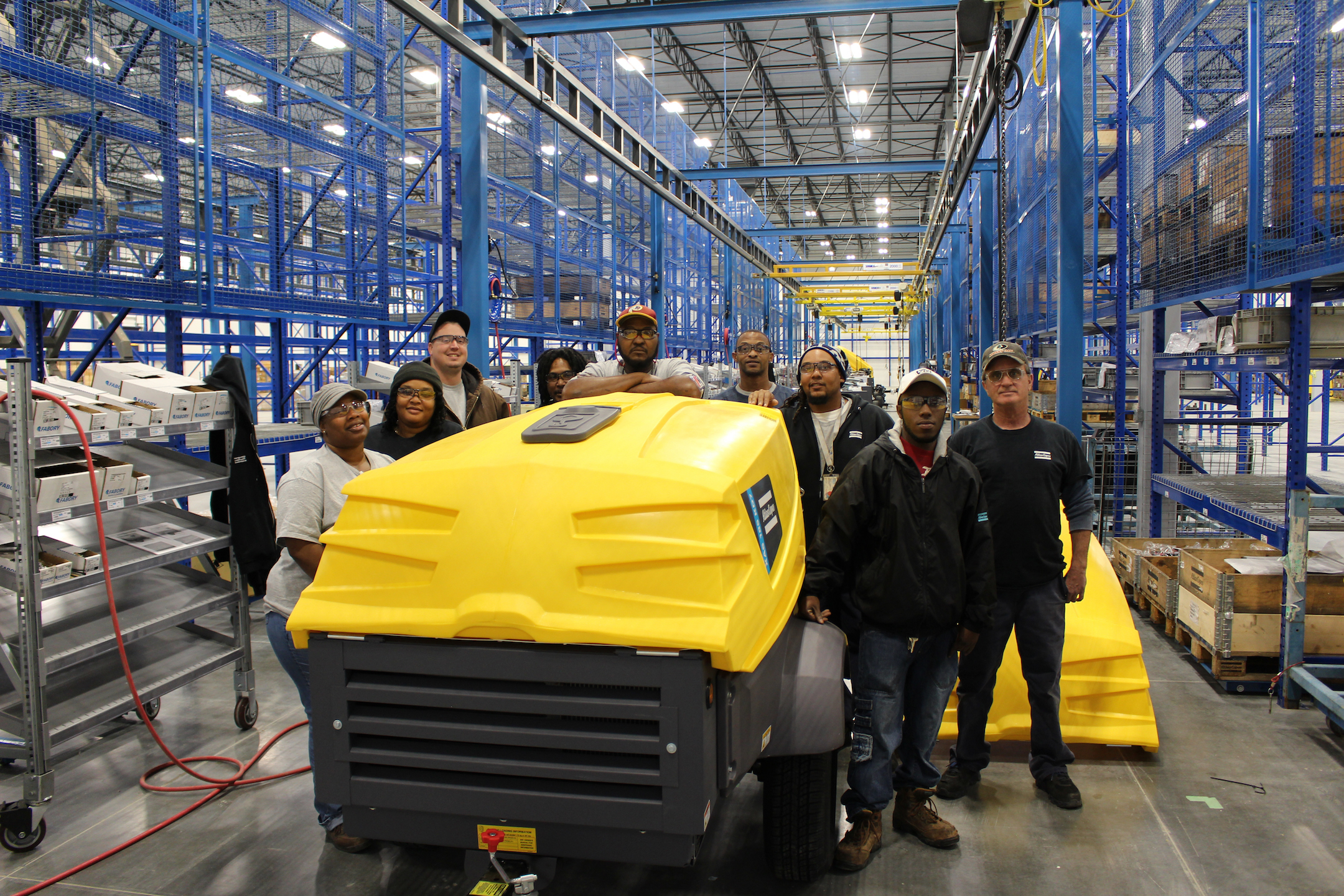