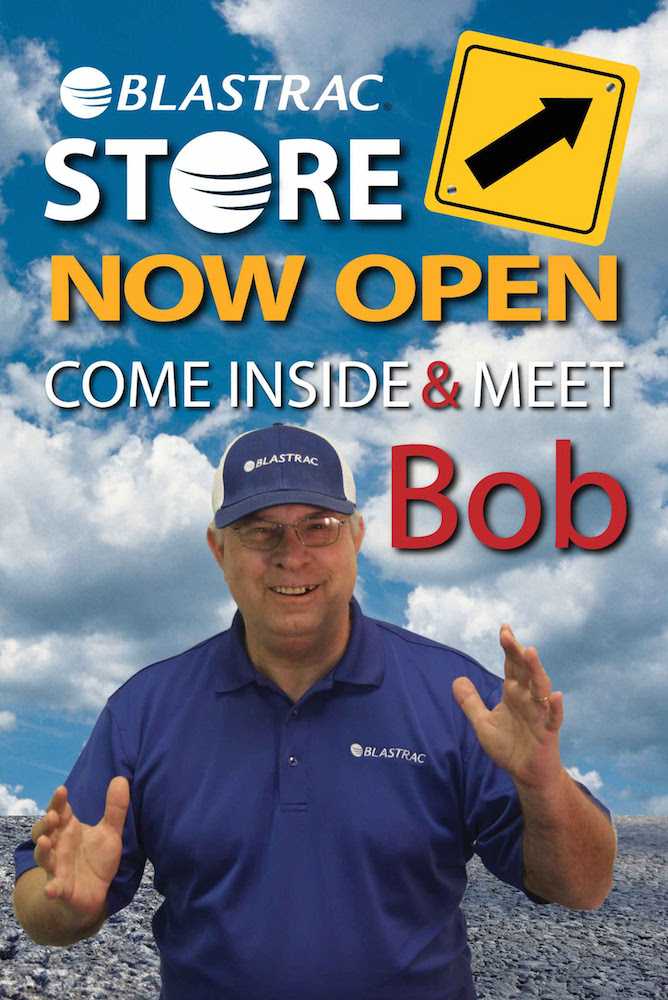 Not only are the Blastrac products available for purchase but the Store is also carrying a line of products the local contractor can pick up when working on his surface prep jobs. There is no need to go to multiple stores to pick up surface prep tools any longer because purchases can be made at one location.

A Grand Opening Contractor Open House is scheduled for May 6 from 10 a.m. to 2 p.m. Machine demonstrations will be taking place throughout the day along with hourly giveaways and door prizes. Hamburgers, hot dogs and root beer floats are available for lunch between 11:30 a.m. and 1:30 p.m.

Each contractor that attends will receive a giveaway bag to take home with a variety of Blastrac Store items. Bob Foote, who just celebrated his 25th anniversary with Blastrac, will be the Blastrac Store Manager. Foote formerly worked inside sales and customer service at the Oklahoma City location. Blastrac store hours are from Monday through Friday, 8 a.m. to 5 p.m.