Breckenridge Material Company, a St. Louis, Missouri-based supplier of ready mix concrete, unveiled two custom-painted concrete trucks earlier this year. The drums of the concrete trucks are painted bright red and the two logos are white. The trucks have been used in everyday production, making them visible by tens of thousands of St. Louisians daily. The painted trucks stemmed from the company’s desire to give back to the community and promote two local, hardworking charities in an inventive way.

The trucks, purchased by Breckenridge Material Company, took almost a year of planning and coordination and cost almost half a million dollars. The two new trucks were custom painted with the intent of promoting and building awareness for both organizations. "The trucks are part of our everyday fleet, delivering concrete to projects large and small, from driveways to highways, all across the greater St. Louis metropolitan area. The secondary purpose of the trucks was to help build greater awareness for the American Heart Association and St. Louis Children’s Hospital," said Nathan McKean, CEO of Breckenridge Material Company. "We (Breckenridge) wanted to find a way to support the community that we’ve served for almost 90 years and we thought this would be a great way to bring awareness to two great organizations that are saving lives in the St. Louis region.

The American Heart Association’s Go Red logo was added to build awareness for their 11th National Wear Red Day, held on February 7. The Go Red event acts as a reminder to the community to put their heart health first because heart disease is the No. 1 killer of women and is more deadly than all forms of cancer combined. 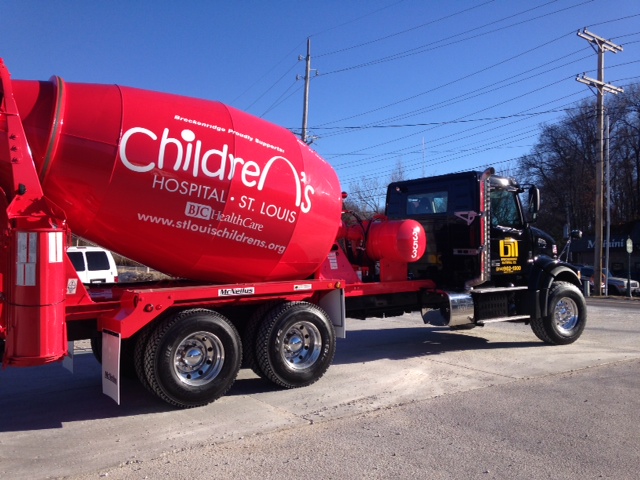 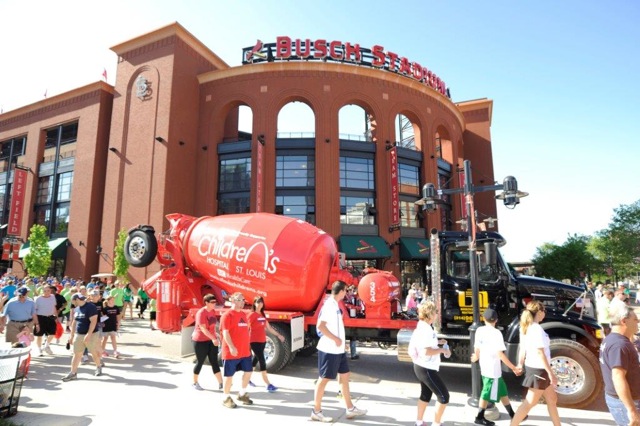