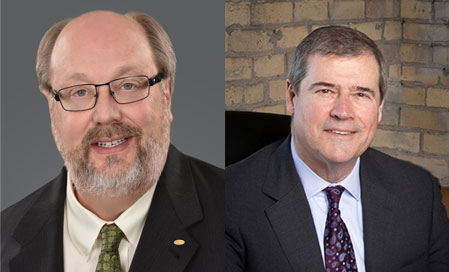 “I’m so pleased that this fellowship supports several of my passions – Iowa State, the ACI Foundation, and preparing our future engineering industry leaders,” stated Burg.

The fellowship will be administered by the ACI Foundation and also awarded annually to students who are studying an advanced degree in civil engineering with a focus on concrete structures or materials. Preference will go to candidates who study at Iowa State, and subsequently to students who are full-time residents of Iowa at the time of application for the Fellowship. This new fellowship will be open for student applicants in mid-2021 for the ACI Foundation’s 2022-2023 awards cycle.

“I now have time to reflect on my career and my year as ACI President,” stated Coleman. “It can be said without hesitation that ISU set me on the path to the ACI Presidency as well as my career in general. I cannot think of anything more meaningful than supporting ISU CE students and, hopefully, developing in them a similar passion for the concrete industry.”

About Coleman and Burg

Jeffrey W. Coleman, PE, FACI, is an attorney that focuses his practice on construction law, professional liability defense, concrete construction, and general business law, including insurance and coverage. Mr. Coleman’s practice as a structural engineer started in 1977, and he shifted his focus in 1984 to his current law practice. He is a licensed engineer in Iowa, Minnesota and Wisconsin. Additionally, he is a licensed attorney in Iowa, Minnesota, Wisconsin, and North Dakota. Coleman has national recognition for his knowledge and experience in the area of concrete construction. He has also represented design professionals in all matters of their busines. This is including defense of multimillion-dollar design defect and negligent construction administration claims. He is the only attorney who has been named a Fellow of the American Concrete Institute (FACI).

Ronald G. Burg, P.E., FACI, has served as the Executive Vice President of the American Concrete Institute since 2010. An ACI member since 1984, Burg has served on ACI’s Board of Direction. He is also a past member and Chair of ACI’s Technical Activities Committee. Burg is a licensed professional engineer in a number of states. He also received his BS in civil engineering from Iowa State University in 1977. He has held membership with several other industry associations, including the Construction Institute of the American Society of Civil Engineers, Precast/Prestressed Concrete Institute, and ASTM International.

The ACI Foundation offers both fellowship and scholarship opportunities to students whose studies relate to the concrete industry. To learn more about the ACI Foundation and also its councils, visit ACIFoundation.org.

About The ACI Foundation

The ACI Foundation began in 1989 to promote progress, innovation, and collaboration. It is a wholly owned and operated non-profit subsidiary of the American Concrete Institute. Three councils make up the ACI Foundation; the Strategic Development Council, committed to resolving the issues of new technology acceptance within the concrete industry; the Concrete Research Council, which both funds and assists in the research of new concrete technologies; and the Scholarship Council which facilitates student fellowships and scholarships. 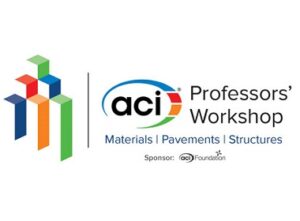 ACI Concrete Convention to be Held in Rosemont/Chicago, Illinois