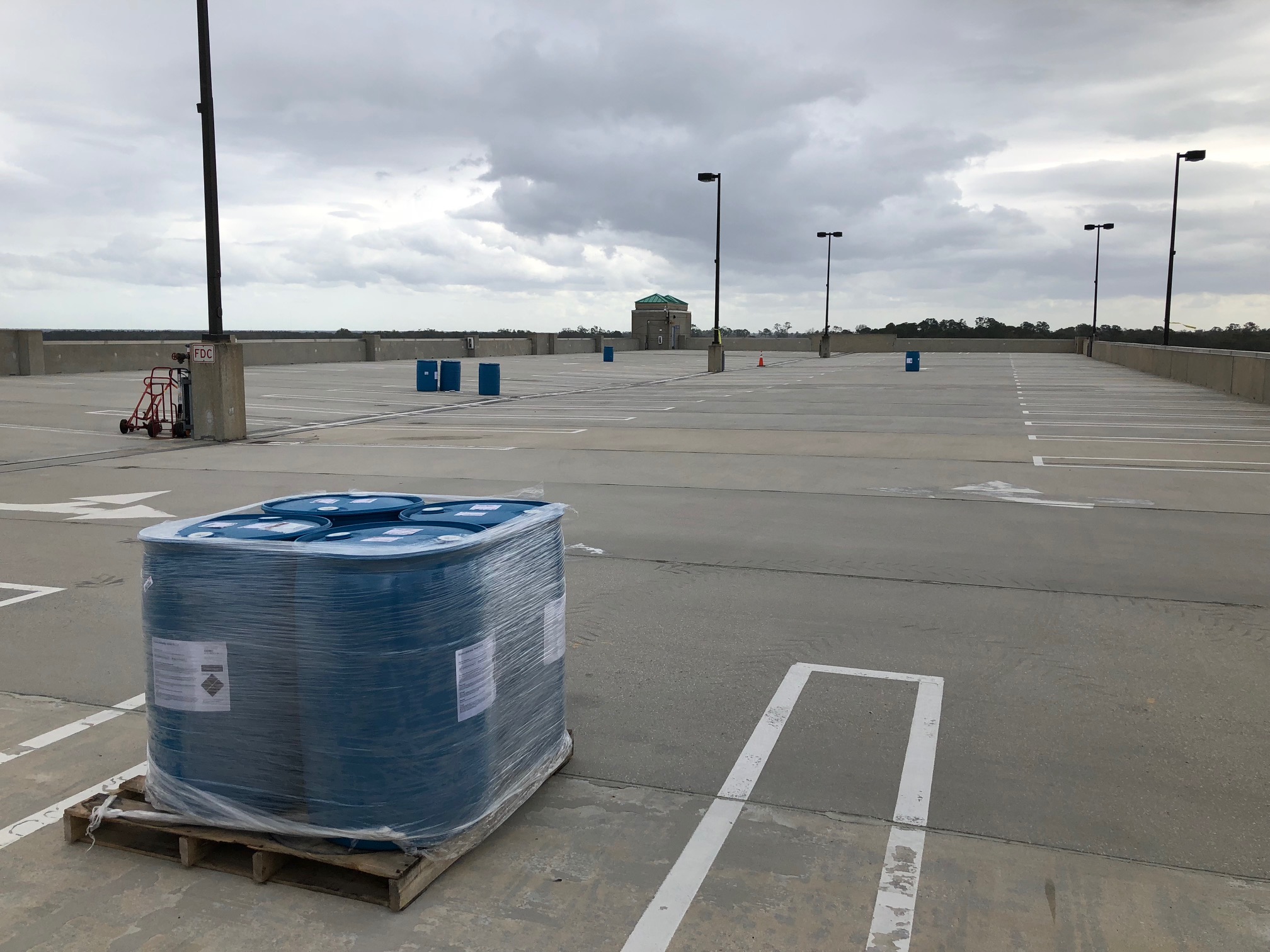 Property managers of the Orlando Sanford International Airport were experiencing water intrusion on the top deck of the main parking garage. Water was leaking down through the concrete onto the decks below, causing structure deterioration and damage to vehicles.

Project managers performed a mockup of various waterproofing sealers, including the Siloxa-Tek 8500. A high actives, water based sealer was specified to avoid any adverse reactions with the parking lot joints. It was unanimously concluded that the Siloxa-Tek 8500 was the best product for the project. 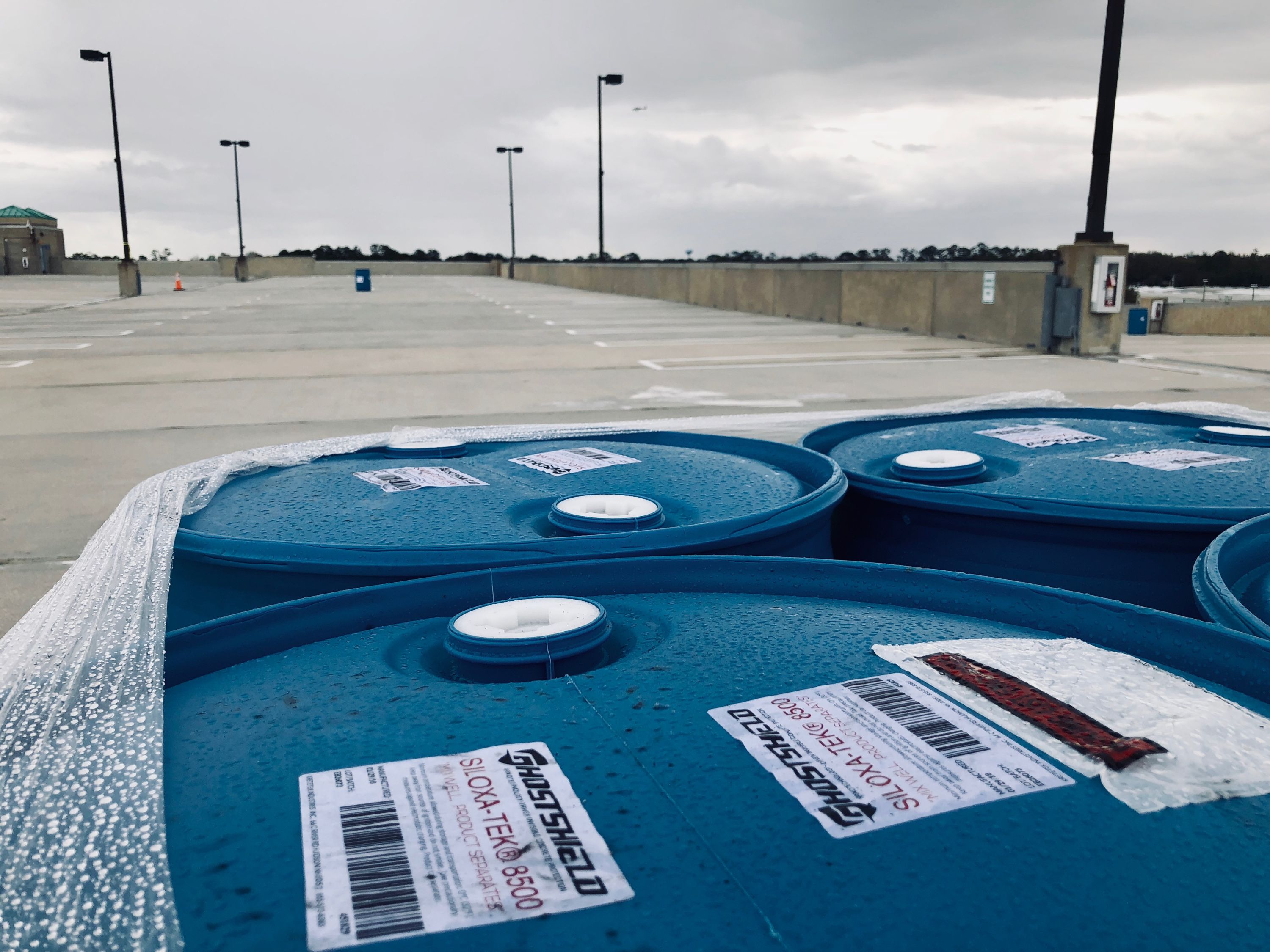 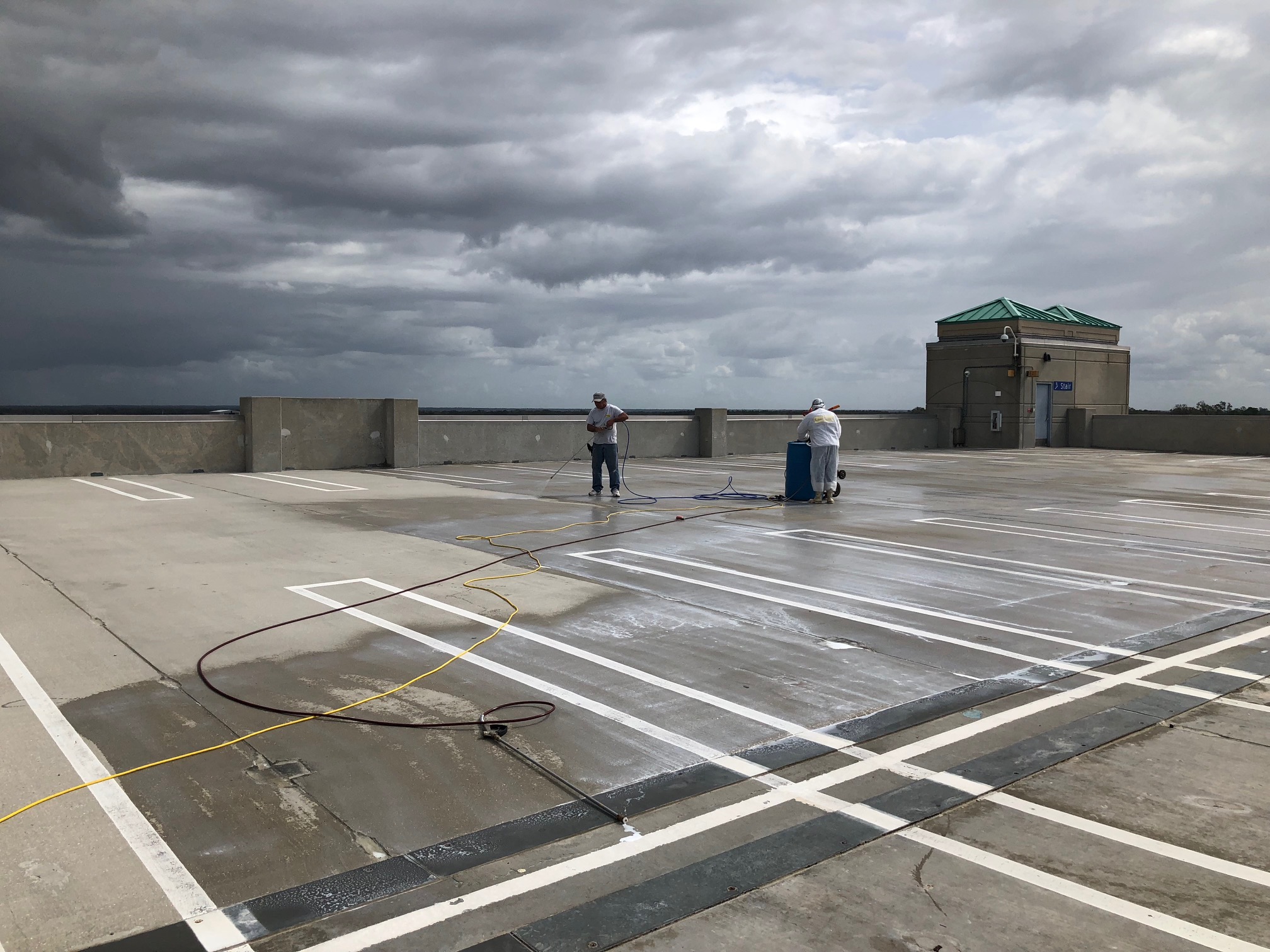 Orlando Sanford International Airport
is located in Sanford, Florida near Orlando. It was originally built as a Naval Air Station, and today serves as an international airport.