The American Concrete Institute (ACI) recently introduced its 2019-2020 president, vice president, and four board members during The Concrete Convention and Exposition in Quebec City, QC, Canada. 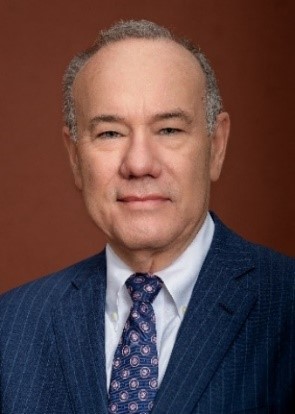 President
Randall W. Poston, FACI, is Senior Principal with Pivot Engineers, Austin, TX, and Neil Armstrong Distinguished Visiting Fellow in the College of Engineering at Purdue University, West Lafayette, IN. For the past 33 years, he has been engaged in the evaluation, repair, and strengthening of hundreds of structures. His expertise includes investigation of structural failures, evaluation of corrosion of steel in concrete, structural concrete repair and strengthening design, and nondestructive testing.

He is an active member of numerous technical committees, particularly ACI Committee 318, Structural Concrete Building Code, of which he was Chair during the 2014 Code cycle. He is also a Trustee of the ACI Foundation and a voting member of Advancing Organizational Excellence.

Poston received the 2015 ACI Delmar L. Bloem Distinguished Service Award for his outstanding leadership of Committee 318. He has garnered numerous awards for technical papers and personal awards for service to the profession. Poston is the author of more than 100 nationally and internationally recognized publications. He also was named an Engineering News-Record (ENR) Top 25 Newsmaker for 2014 for “…managing the remake of the global concrete bible…”

Poston was elected to the National Academy of Engineering (NAE) in 2017 “for development of diagnostic and repair technologies for concrete structures and leadership in concrete building code development.” He is also a member of the American Society of Civil Engineers (ASCE), International Association for Bridge and Structural Engineering (IABSE), Post-Tensioning Institute (PTI), Precast/Prestressed Concrete Institute (PCI), International Federation of Structural Concrete (fib), and Structural Engineers Association of Texas (SEAoT). 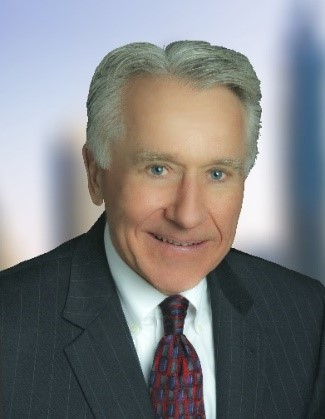 Vice President
Cary S. Kopczynski, FACI, is CEO and Senior Principal of Cary Kopczynski & Company (CKC), an award-winning structural engineering firm with offices in Seattle, WA; San Francisco, CA; Los Angeles, CA; and Chicago, IL. CKC designs major urban buildings throughout the United States and beyond. The firm has won over 60 regional, national, and international awards, and has been selected several times by Zweig White and Civil + Structural Engineer magazine as a top structural engineering firm to work for.

Kopczynski is a licensed civil and structural engineer in many states and a recognized expert in the design of reinforced concrete and post-tensioned concrete building structures. He has authored numerous articles in the fields of structural analysis, design, and construction. He serves on the Board of Trustees of the ACI Foundation, served 3 years on ACI’s Board of Direction and Financial Advisory Committee, and served for many years on ACI Committee 318, Structural Concrete Building Code, and Joint ACI-ASCE Committee 352, Joints and Connections in Monolithic Concrete Structures. He is a Fellow of ACI and was honored with the 2015 ACI Charles S. Whitney Medal and 2017 ACI Alfred E. Lindau Award. He is a Past President of the Washington State Chapter – ACI.

Kopczynski also serves on the Post-Tensioning Institute’s (PTI) Board of Directors. He served on the PTI Executive Committee and is the past Chair of PTI’s Technical Advisory Board. He is a PTI Fellow and served on PTI committees related to building design and professional development.

Kopczynski was made an Honorary Life Member of the Wire Reinforcement Institute (WRI) for his work in advancing the use of high-strength deformed wire reinforcing in buildings.

ENR magazine selected him as one of their “Top 25 Newsmakers” in both 2007 and 2016 based on CKC’s pioneering work in the fields of high-strength reinforcing bar and steel fiber-reinforced concrete (SFRC). CKC has since advanced the use of SFRC by implementing it in major high-rise buildings and continues to pioneer its use in new applications. 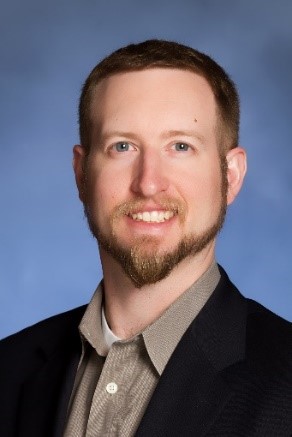 Directors
Walter H. Flood IV, FACI, is an Assistant Engineer and Project Manager at his family’s testing and inspection business in Chicago, IL.

He has been Chair of ACI Committee S801, Student Activities, since 2011. He is also Chair of the ACI Committee S801 Regional Student Competitions Task Group. He is a member of the ACI Chapter Activities Committee, and ACI Committees 302, Construction of Concrete Floors; 327, Roller-Compacted Concrete Pavements; 363, High-Strength Concrete; and 522, Pervious Concrete. He was awarded the 2014 ACI Young Member Award for Professional Achievement and became a Fellow of ACI in 2018. Flood is Chair of ASTM International Subcommittee C09.49, Pervious Concrete, and is active on several other ASTM International committees. He is also a member of the American Society of Civil Engineers (ASCE). 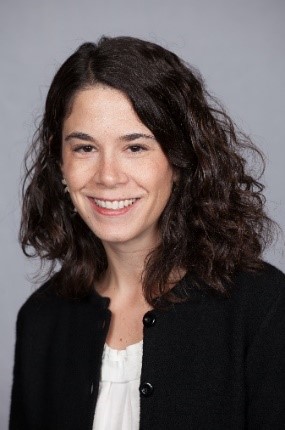 Maria G. Juenger, FACI, is a Professor and holder of the Austin Industries Endowed Faculty Fellowship in the Department of Civil, Architectural, and Environmental Engineering at The University of Texas at Austin, Austin, TX, where she has been since 2002. Her teaching and research focus on materials used in civil engineering applications. She primarily examines chemical issues in cement-based materials; these include phase formation in cement clinkering, hydration chemistry of portland cement, calcium sulfoaluminate cement, and supplementary cementitious materials, and chemical deterioration processes in concrete. In 2005, she received a Faculty Early CAREER Award from the National Science Foundation.

Juenger is a member of ACI Committees 130, Sustainability of Concrete; 231, Properties of Concrete at Early Ages; 236, Material Science of Concrete; 240, Pozzolans; 242, Alternative Cements; 318, Structural Concrete Building Code; and S802, Teaching Methods and Educational Materials; and ACI Subcommittees 130-A, Materials, and 318-A, General, Concrete, and Construction.

She is a Fellow of ACI and the American Ceramic Society (ACerS). She has received several awards from ACI for her research, teaching, and service, including the 2009 Walter P. Moore, Jr. Faculty Achievement Award, the 2010 Young Member Award for Professional Achievement, the 2011 Wason Medal for Materials Research, and the 2018 Delmar L. Bloem Distinguished Service Award. She is an Associate Editor of Cement and Concrete Composites and is on the editorial boards of both the Cement and Concrete Research Journal and ACI Materials Journal.

Juenger received her BS in chemistry from Duke University, Durham, NC, and her PhD in materials science and engineering from Northwestern University, Evanston, IL. After completing her PhD, she was a postdoctoral researcher in civil engineering at the University at California, Berkeley, Berkeley, CA. 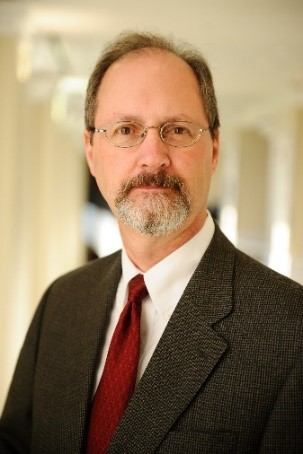 Michael E. Kreger, FACI, is the holder of the Garry Neil Drummond Endowed Chair in Civil Engineering at the University of Alabama, Tuscaloosa, AL. For the past 36 years, he has been actively engaged in a diverse program of structural concrete research investigating the behavior of earthquake-resistant precast and cast-in-place reinforced-concrete frame systems, and dual-plate composite shear walls; repair and strengthening methods for nonductile frame systems; behavior of post-tensioned segmental box girder bridges; durability of bridge post-tensioning systems; fatigue resistance of post-tensioned bridges; and behavior of pretensioned bridge systems.

He is Chair of ACI Committee 133, Disaster Reconnaissance, and an active member of multiple ACI technical committees, including 318, Structural Concrete Building Code, and Joint ACI-ASCE Committee 352, Joints and Connections in Monolithic Concrete Structures; and is a member of the ACI Structural Journal Editorial Board. He previously served on ACI’s Technical Activities Committee (TAC).

Kreger received his BS, MS, and PhD in civil engineering from the University of Illinois at Urbana-Champaign, Urbana, IL. Prior to joining the faculty at the University of Alabama, he was a faculty member at The University of Texas at Austin, Austin, TX, from 1983 through 2003, and at Purdue University, West Lafayette, IN, from 2004 to 2014. He is a registered professional engineer in Texas.

He is also a member of ASCE, the Earthquake Engineering Research Institute (EERI), International Association for Bridge and Structural Engineering (IABSE), and Precast/Prestressed Concrete Institute (PCI). 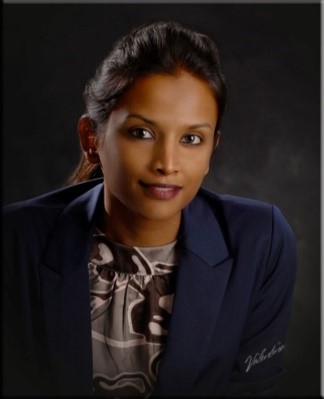 Ishita Manjrekar is Technical Director at Sunanda Speciality Coatings Pvt. Ltd., Mumbai, India, and oversees Sunanda’s Research and Development, with a specific focus on developing and marketing Sunanda’s line of sustainable construction chemicals. Her areas of expertise include durability, admixtures, corrosion protection, and damp proofing. She works actively with several professional bodies, including the Indian Green Building Council, Indian Concrete Institute, and Indian Building Congress. Manjrekar is also a member of the Board of Direction of the India Chapter – ACI, where she serves as Vice President.

Manjrekar regularly publishes research papers on sustainability and green construction chemicals in national and international journals. As an expert in green construction chemicals, she is often invited to be on peer-review panels for publications. Recent honors that she received for research and development work include the “Product Innovator of the Year – Construction Chemicals” award in 2012, 2013, and 2015 from the Federation of India Chambers of Commerce and Industry (FICCI) and Ministry of Chemicals and Petrochemicals, Government of India.

She has been featured on Bloomberg TV and Bloomberg Radio numerous times as a subject matter expert on sustainability and green technologies. Her expertise has also been sought by print and electronic media, including Reuters, the Financial Times, Forbes, BBC News, and Marketwatch.