The state of Rhode Island and the city of Richland, Wash., recently adopted the International Green Construction Code (IGCC) as part of their building codes for commercial buildings. That might not sound all that important if you don’t happen to work in either of these small markets, but it’s the tip of a big green iceberg that your company’s ship is sailing toward at full speed. As the IGCC becomes more recognized, many other states, counties and cities are sure to adopt it as part of their building code.

Let’s start by reviewing just what a building code is. There are lots of documents out there called codes and yet most of them are not really building codes in and of themselves. The only real building code is the one that has been legally adopted by the local jurisdiction where the building is being built. For example, the International Residential Code (IRC) is a model code that carries no weight until a particular jurisdiction legally adopts it. Likewise, the American Concrete Institute’s Building Code Requirements for Reinforced Concrete is not a building code until it is adopted by reference into the International Building Code (IBC) or the IRC, which is in turn adopted by a jurisdiction. After that, the sections of ACI 318 that the model code references become enforceable and the designer and builder are liable to meet those requirements — and remember that ignorance of the requirements is not a defense.

The International Code Council (ICC) is the organization that developed the up-and-coming IGCC — and also the IRC and the IBC, which are pretty much the law of the land in the United States today. The ICC was founded about 15 years ago, and it developed the IBC to replace three then-existing model codes. The ICC began to develop the IGCC in 2009 when it became apparent that the demand for “green” buildings wasn’t going away anytime soon.

The IGCC is available for adoption into local building codes now, although it is still technically a draft and won’t officially be published until early 2012. The current edition is Public Version 2.0, which was finalized in November 2010 following lengthy hearings on all the changes proposed to Version 1.0. If you have any arguments with the current IGCC, now’s the time to submit comments.

Now, much as I hate to, let’s make this a little bit more complicated. The Portland Cement Association, feeling that the IGCC did not go far enough in emphasizing the need for durable and disaster-resistant buildings, developed their own sustainability code requirements called the High Performance Building Requirements for Sustainability (HPBRS), formatted to be adopted as modifications to the IBC. The high-performance buildings they have targeted are government buildings, especially schools. Obviously, PCA’s goal is to promote the use of concrete, so they argue that durability is sustainability, because the lowest-impact building of all is the one that doesn’t get built. Concrete buildings last longer, so they are more sustainable.

As much as I like the HPBRS, decorative concrete contractors are more likely to be faced with the provisions of the IGCC. The IGCC is a very complex document. It starts with a large list of minimum requirements, and then each jurisdiction has the option of selecting additional requirements to meet local goals. Finally, there’s another set of project-specific “electives” that add even more requirements. I’m not going to get into the jurisdictional requirements or project electives here, but be aware that these provisions could apply to your project.

For this article, I have very briefly (on the following page) listed the IGCC requirements that are most likely to apply to decorative concrete. Look these over, download a copy of the IGCC and get familiar with it. If you don’t like something you see here, submit your comments to the ICC or send them to me and I will submit them. We can have more impact together.

The IGCC is available at the ICC website: www.ICCsafe.org

The High Performance Building Requirements for Sustainability are available at the PCA’s website: www.cement.org 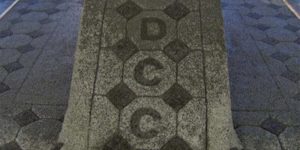 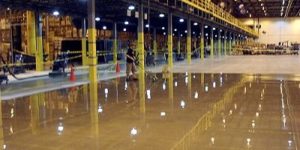 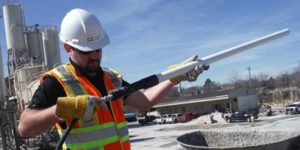