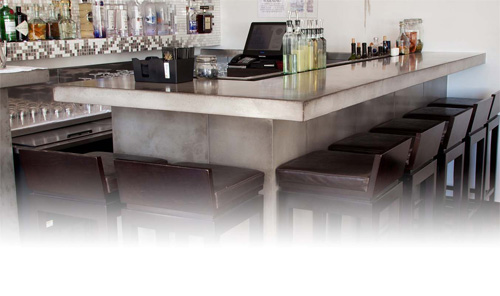 Born out of frustration with the long learning curve for mastering GFRC, Cheng Concrete’s NeoMix D-FRC is designed to not only shorten that learning curve for contractors, but also to outperform traditional GFRC in regards to flexural strength and abrasion resistance.

“Most businesses or artisans do not have the luxury of a six-, 12- or 24-month learning curve before 95 percent of their castings are fit for sale,” says Cheng Concrete president Mike Heidebrink. “In order to succeed they must achieve proficiency within 90 days or risk serious damage to their business.”

With fast learners in mind, D-FRC, which stands for Decorative-Fiber Reinforced Concrete, has been developed with dependable mix consistency and a simple two-part approach to blending. It is a portland cement-based material that includes what Heidebrink refers to as a “matrix of multiple fibers,” only one of which is glass. He likened the fiber mix to the aggregates typically found in concrete. “Glass would be similar to the coarse aggregate, and the fine aggregate would be the other fibers,” he says.

Additionally, unlike traditional GFRC, NeoMix D-FRC doesn’t rely on acrylic polymers to facilitate the curing process. This makes it cheaper to ship in winter and allows it to achieve 12-hour cure times in temperatures as low as 40 F without heat or protection.

Jeff Kudrick, of New Jersey-based J&M Lifestyles LLC, has been working with GFRC for 18 years but appreciates D-FRC too. “It’s so simple to use,” he says. “The orientation of the fiber and the chemistry of the mix allows you to do so much with it.” He also likes that it comes in a bag, eliminating the need for storage of sand and other materials and making the task of tracking material expenses easier.

Heidebrink claims that D-FRC exceeds the performance of traditional GFRC, noting that its compressive strength exceeds 10,500 psi and its flexural strength consistently exceeds 1,450 psi. He also noted that GFRC does not handle abrasion as well as traditional wet-cast concrete, so Cheng wanted D-FRC to perform at least at the level of abrasion resistance that poured wet-cast concrete achieves. “We have succeeded in doing that with NeoMix D-FRC,” he says.

Three different mixes make up the NeoMix D-FRC line, allowing for more than just countertop applications. NeoMix D-FRC CastingBlend and D-FRC SprayBlend are designed for the creation of countertops, fireplace surrounds, wall panels and floor tiles. Both come in a gray or white base and can be sprayed through a hopper. They differ in that the SprayBlend is designed to act as a face coat, while the CastingBlend can also be cast and polished or used as a structural backer to SprayBlend. Also part of the NeoMix D-FRC system is D-FRC BackingBlend. “It has the consistency of clay and is designed for hand layup in vertical applications as a structural backer to a face coat,” says Heidebrink. “The biggest performance difference (compared to GFRC) for the contractor is that there is no risk of delamination between the structural layup and face coat due to water content.”

Rounding out the system is D-FRC SlurryBlend, which is ideal for filling voids that appear after polishing or releasing concrete from a mold, and D-FRC SmartColor, a collection of 14 popular colors that can be blended into CastingBlend, SprayBlend or BackingBlend.

Each of the blends is part of a two-part system: the mix and an activator (D-FRC Activator). Simply dilute the activator in water, blend, and add the mix. Because both parts are premeasured, D-FRC can achieve consistent results every time. This makes it ideal for architects and designers, because they are able to specify a job and know the exact outcome. “You don’t have the random mix variation from artisan to artisan that prevents architects and designers from confidently specifying custom precast concrete,” Heidebrink says. “Now you have an exact product with knowable performance that they can specify.” 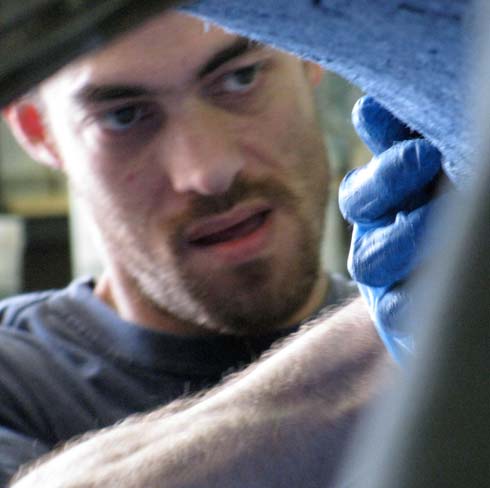 In about one year on the market, D-FRC has been used by artisans to make custom floor tiles, wall panels, furniture, sculpture, fireplace surrounds, door trims and door panels. In addition, it has been used in both interior and exterior applications.

Because of D-FRC’s numerous capabilities, some contractors who use it are achieving remarkable upsells with their clients. For example, Kudrick was hired to do a simple countertop, but ended up working on 1,000 square feet of concrete flooring, wall panels, signage and furniture pieces for the client as well, thanks to the wide range of projects D-FRC is capable of creating.

“NeoMix D-FRC empowers the artisan or contractor to expand their opportunities for business,” Heidebrink says. 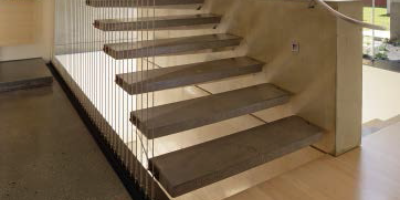 “Cantilevered stair treads are always an eye-catching sensation in architectural circles,” says FuTung Cheng, founder of the website concreteexchange.com. “The very idea of a single point of support at one end of a plank, managing the enormous weight of a person walking on a stair tread, is dramatic. 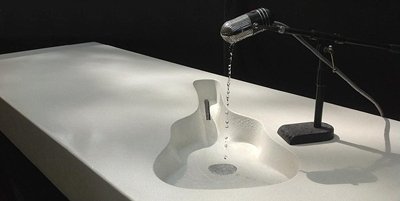 Cheng Concrete has reinvented its annual concrete design challenge with the first contest of a new series — the Kitchen & Bath Concrete Maker Challenge. The company announced the 2013 winners in November.