And all thanks to concrete. From the human sundial to the giant trout in the "splash pad," from the whimsical wavy walk to the radius wall emblazoned with a salmon's life story, the playground was conceived by Design Concepts, Lafayette, Colo., and realized in concrete set by Creative Surface Inspirations (CSI) LLC, of Spokane Valley.

The playground is intended to stimulate all the senses and be accessible to visitors of all abilities. It provides educational and fun experiences for the hands, nose, eyes and feet around the theme "Exploring Eastern Washington."

One of the sensory experiences is walking the wavy walkway, a kidney-shaped loop that rises five inches and falls five inches every eight feet. To cast this unique feature, CSI hand-set masonite forms. Then five workers held 16-foot lengths of flexible PVC pipe in a wavy pattern against the forms on the inside of the loop and traced the waves with a pencil. Crews graded the substrate to match the waves (with some flat spots for connecting with access paths) and CSI poured and hand-floated the walkway in one pass. For craftsmen who pride themselves on just how flat and even their flatwork can be, the wavy walkway at Discovery Park was a walk on the wild side. 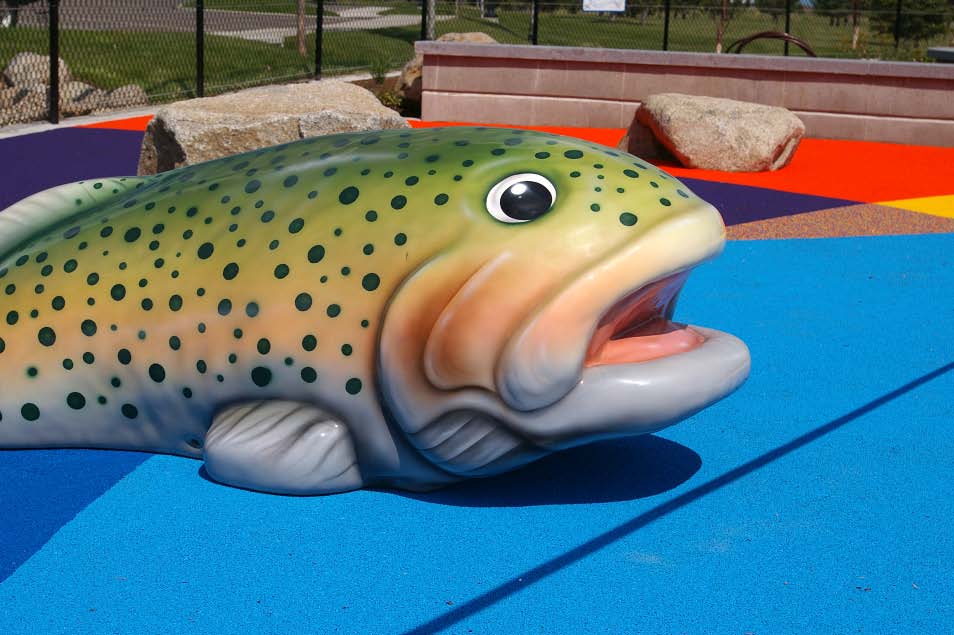 Not too wild, though, for everyone to enjoy. Like the rest of the park, the wavy walkway is completely wheelchair-accessible and very popular with kids in motorized chairs and little ones in strollers.

The wavy walkway is part of the secret garden, entered through a 4-foot-high "keyhole" in the arch of a curved concrete wall low enough for adults to look over, but massive (and red) enough for kids to feel they've passed into someplace new and magical. This feeling is confirmed when they see the "objects of unusual size" - a giant's Adirondack chair and a pumpkin large enough for Cinderella. Other objects are smaller than life size, enticing children to find them hidden throughout the garden. Herbs, flowers and aromatic plants add to the garden feeling and enhance the experience for the sight-impaired. 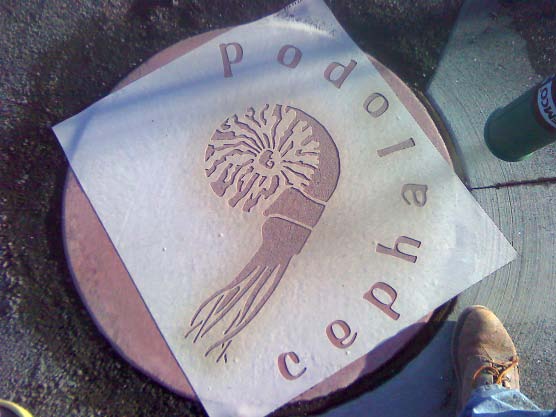 Across the park from the secret garden, the rumor of a 13-foot-long steelhead trout would be a suspicious fish tale if the fish weren't in plain sight for everyone to see. The architect's vision for the fish and the water drops around it was created in 4-inch polystyrene foam. The foam molds were staked in place and red and blue concrete poured all around. Then the foam was stripped and fish-colored concrete (using Willow Green integral color from Davis Colors) was poured in the voids. In the finished piece, water sprays from tubes in the concrete "droplets" in a random pattern initiated when a child steps on the activator set in the fish's eye. 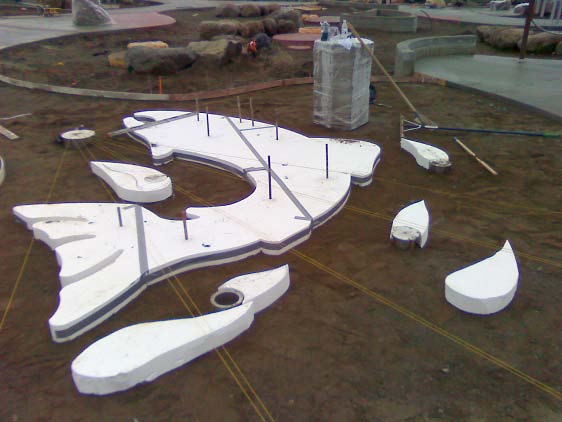 According to Nathan Brown, managing member at CSI, Discovery Playground was one of the first uses of blue concrete - colored with Davis Colors Cobalt - in the area. "Because of the expense we were limited in the quantity," he explains, "so we cast it in one pour, used saw cuts to create shapes and sandblasted some areas to get a deeper-looking blue." 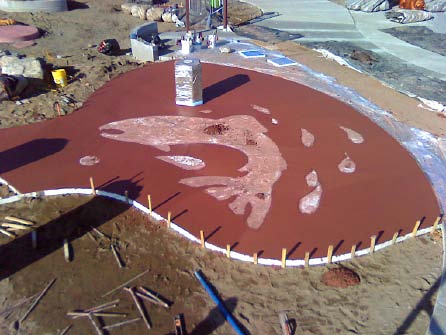 Not far from the splash pond is a 25-foot sundial, with the hours and dates sandblasted into the concrete. But this sundial lacks the gnomon - the vertical piece that casts a shadow. Instead, a visitor can stand on the right date and the shadow he or she casts indicates the correct time to within one minute. The design was calculated by sundial specialists in Europe, who sent precise instructions for its placement. CSI had to place the stencil, oriented due north, at a specific time of day so that the sandblasted design would be in the right place to tell the time accurately.

Perhaps the crowning glory of CSI's concrete work at Discovery Playground is the 60-foot radius wall telling the life story of salmon from egg to fry to adult migrating home to spawn. "It is more time-consuming to cast a radius wall than a straight one," Brown explains. "It takes a lot more lumber to hold a curve and keep the thickness consistent from the footings to the top." The bigger challenge, though, was making sure the finish where the stencil would be sandblasted and stained was smooth. 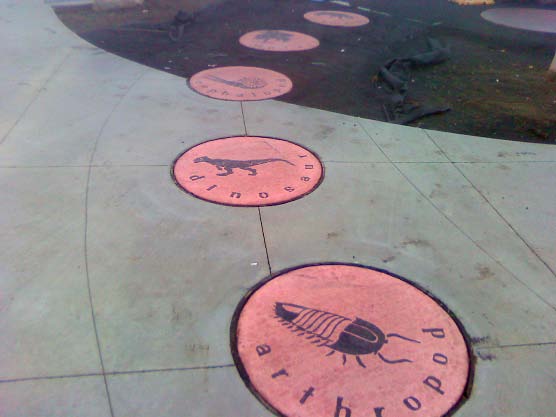 To achieve the surface they needed, CSI cast the wall against a masonite form using a stamp mix containing a blend of 3/8-inch and 3/4-inch aggregate, about 1,200 pounds of aggregate in contrast to the normal 1,600. The mix contained more sand than usual and a higher volume of portland cement in order to reach 4,000 psi. They added plasticizers to improve flow and eliminate the bug holes that are common in vertical pours.

Next up was stenciling the 60-foot-long design. Surface Gel Tek supplied the stencil in 10-foot sections, all of which had to be lined up to flow seamlessly together. To make the stencils adhere well in the cold weather, much of the work was done under a protective tent. The designs were sandblasted and then hand-colored using Proline Dura-Color EZ-Accent water-based stains. 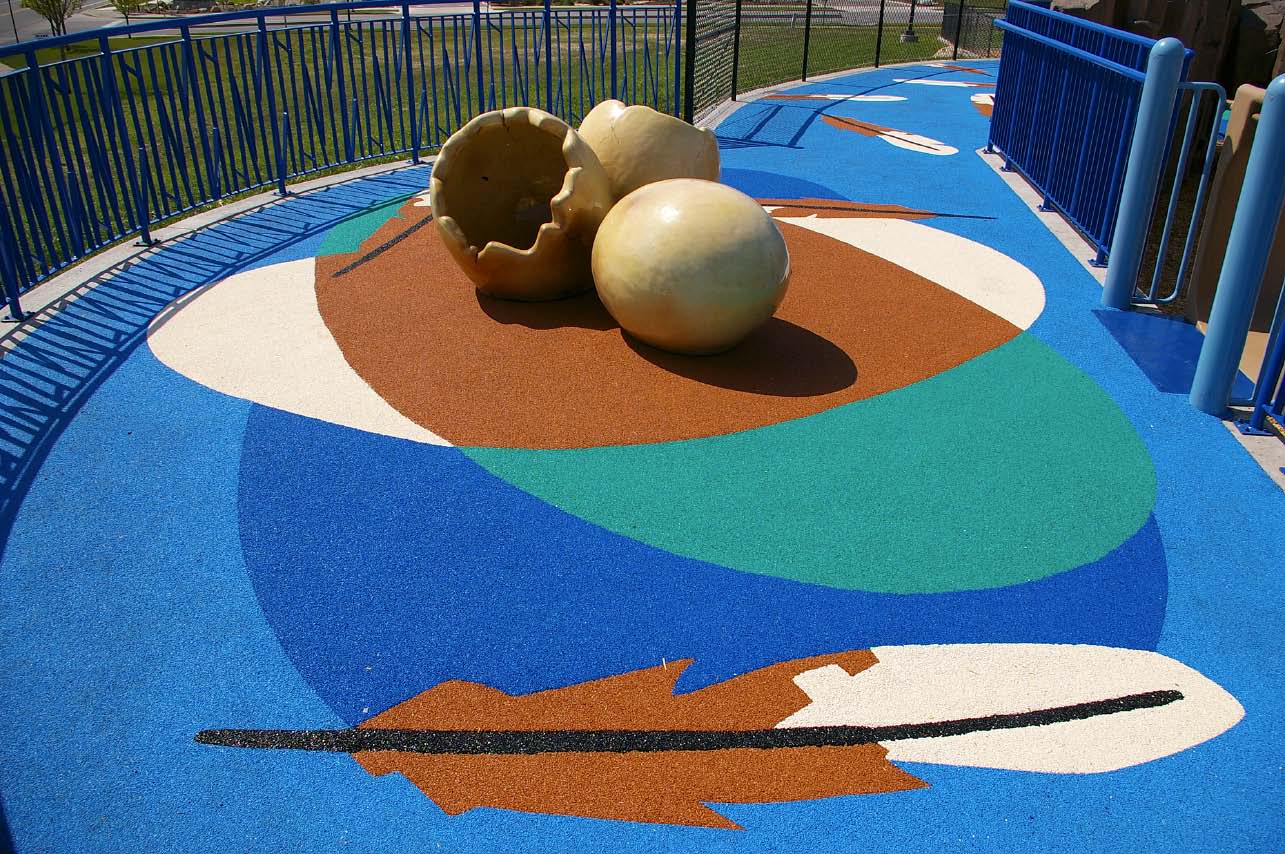 Besides the salmon wall stencil, the park is decorated throughout with stenciled quotes and pictures of flora and fauna from prehistory. The name "Discovery Park" is apt - it is so rich in detail that there is something new to see with every visit.

Creating the park was a discovery of sorts too. "We had skilled, experienced concrete finishers who didn't know what was going to happen next," says Brown. "We had a lot of fun, and I think that made it feel a lot less challenging. For us it was a pleasure working on this. 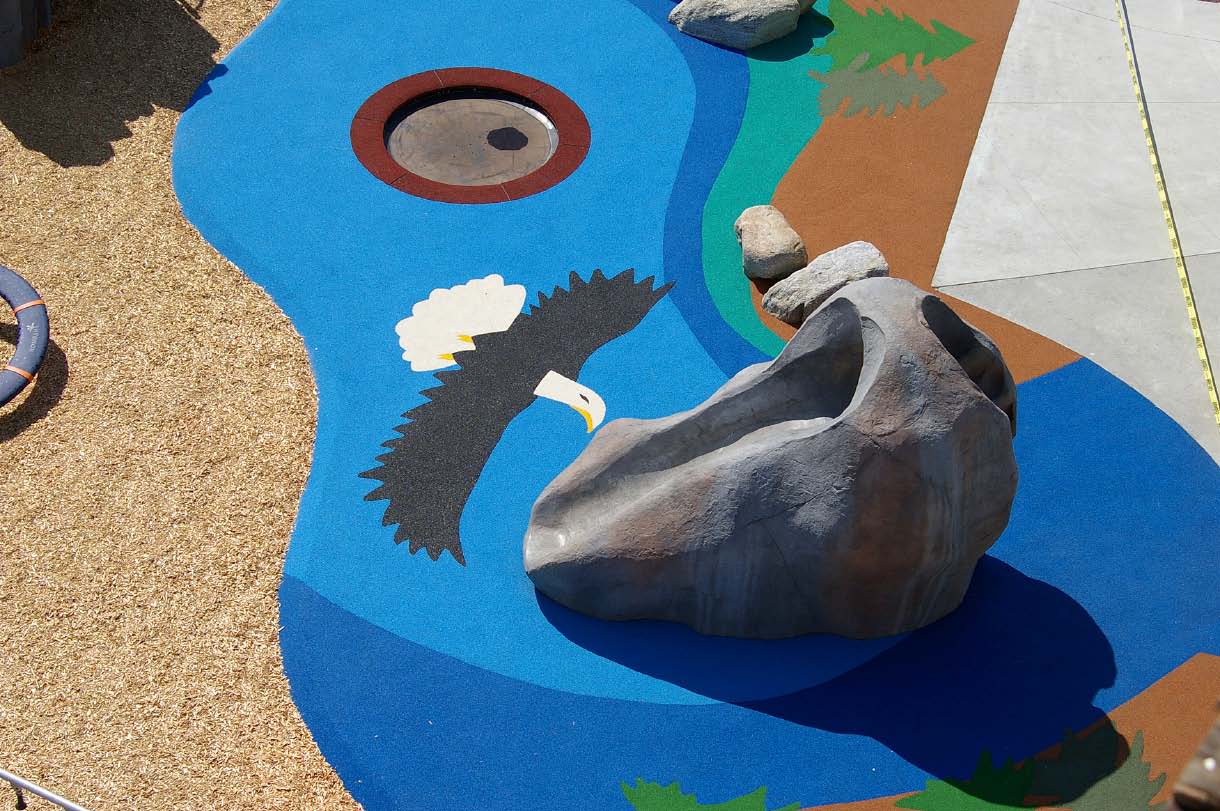 "We (Brown and fellow managing member Kat Mitchell) started CSI in 2009 after 18 years' experience in the industry. We were quite blessed and fortunate to get this as one of our first projects."

Brad Paulson, project manager for general contractor Ginno Construction Co., feels the same way. "We really look forward to jobs like this," he says. "It's really fun to do projects like this that the public enjoy. And it's amazing what you can do in concrete. People know it's cool even though they don't fully understand the work that went into it." 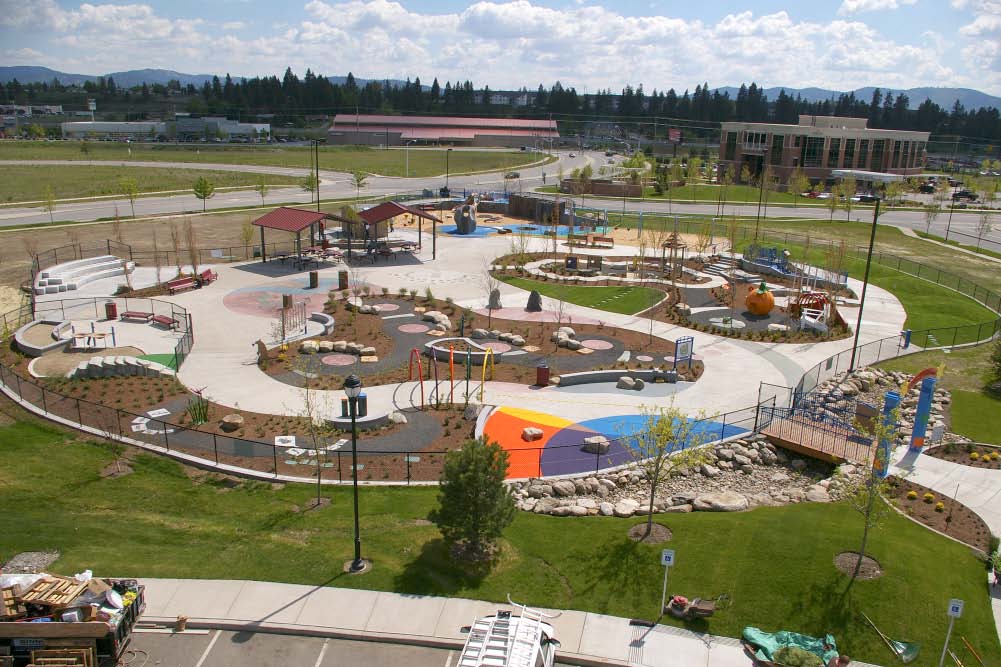 Scope of project: Playground that enables people of all ages and abilities to learn and explore 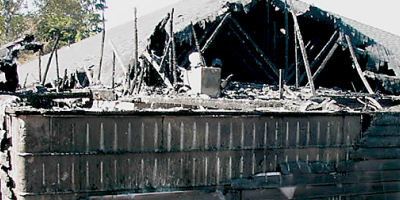 Just a little over three months after they first moved into their new home , a fire burned through the home’s garage, attic and roof, thanks to the home being build using ICFs.. 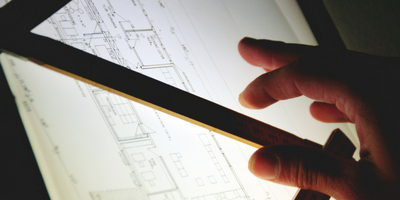 We all are aware of how important a role architects play in our industry. They are the ones advising municipalities and every type of building owner. As architects learn more about what we can do with a concrete surface they are becoming very intrigued with how much they can do.