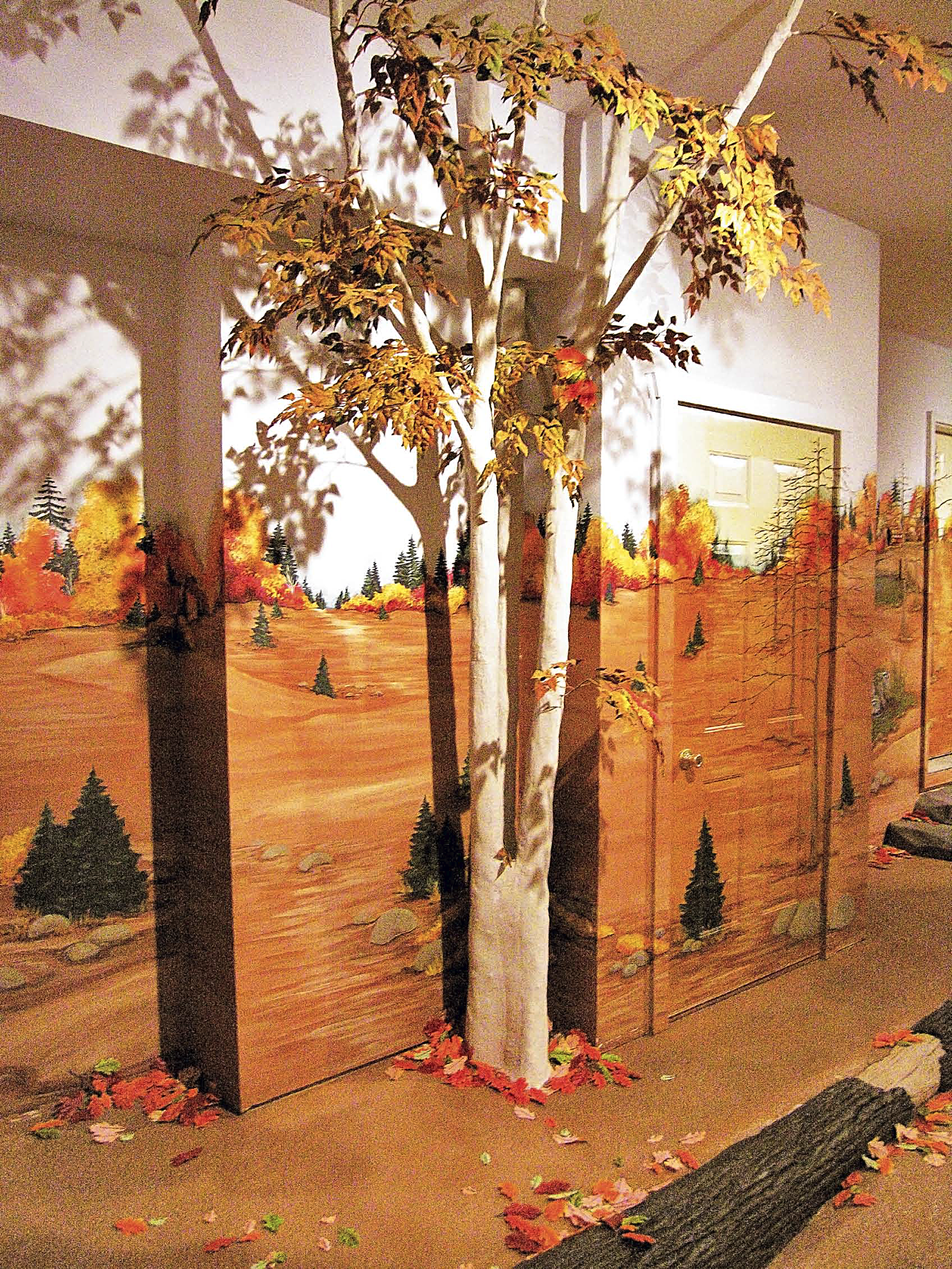 Troy Lemon, founder and president of Cornerstone Decorative Concrete in Holland, Mich., starts his story with a familiar admission. “I was a concrete guy way before I was a decorative concrete guy,” he says.

That’s not particularly unusual for a decorative concrete artisan, but Lemon says that going from one to the other required pulling something of a professional 180. “When I was younger, I was just a bull, you know? I loved to sweat. I loved to do the most physically challenging things, to go as fast and as hard as you can. And that’s what makes a great concrete guy, to not be afraid to get in there and go after it with everything you got,” Lemon says. 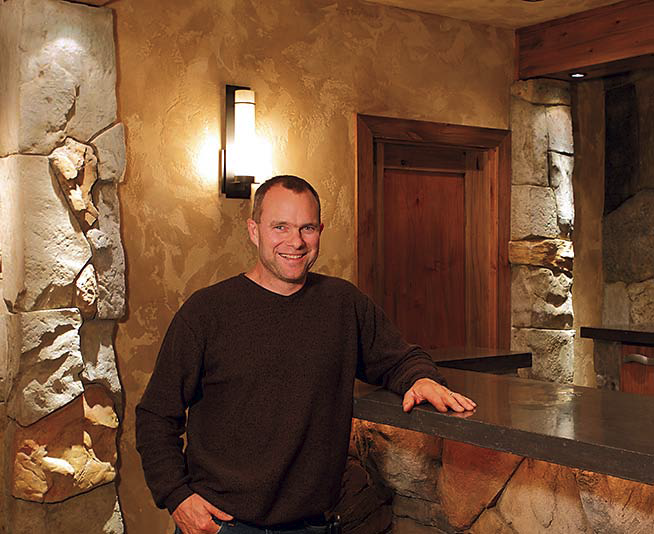 Lemon, 46, has spent the last 11 years transforming Cornerstone, founded as a flatwork company in 1991, into a nationally recognized decorative concrete contractor. Not only do they get called for projects across the continent — from Montana to New York, Florida to Toronto — but Lemon has had requests from around the world to lead training courses and workshops. 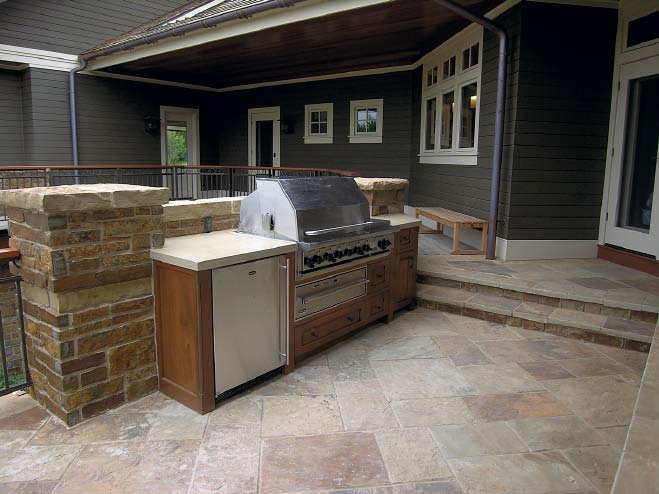 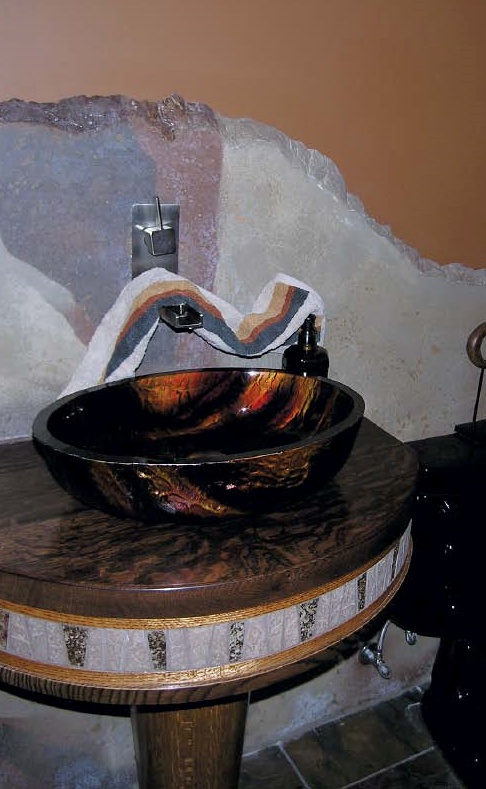 Being in such high demand could easily go to a person’s head, but Lemon is as modest as they come. And that attitude is central to the Cornerstone approach.

For one thing, Lemon places a high premium on being involved in the decorative concrete community as a whole, through events, education or just outreach between contractors. In addition to teaching workshops and courses for other contractors, Lemon does frequent presentations for architects and design professionals in an effort to raise awareness of decorative concrete. “I tell them, ‘I’m not here just to give you ideas, I want you to think we can do anything,’” he says. “Mix ideas, stay out of the box, keep it fresh.”

But Lemon is also keenly aware that education is a two-way street. “For a lot of years I didn’t take classes — it was a pride thing,” he says. “Now, I go to every class that I can.” He’s looking forward to taking some GFRC classes in the near future, since that’s a technique he’s not yet experimented with. He says training is also a great way to meet some of the industry’s movers and shakers. Getting to know people such as Buddy Rhodes, Jon Nasvik, Bob Harris, and Joe and Jerry Garceau has been a real highlight, he says. “All the cool things we get to do are built on their backs.” 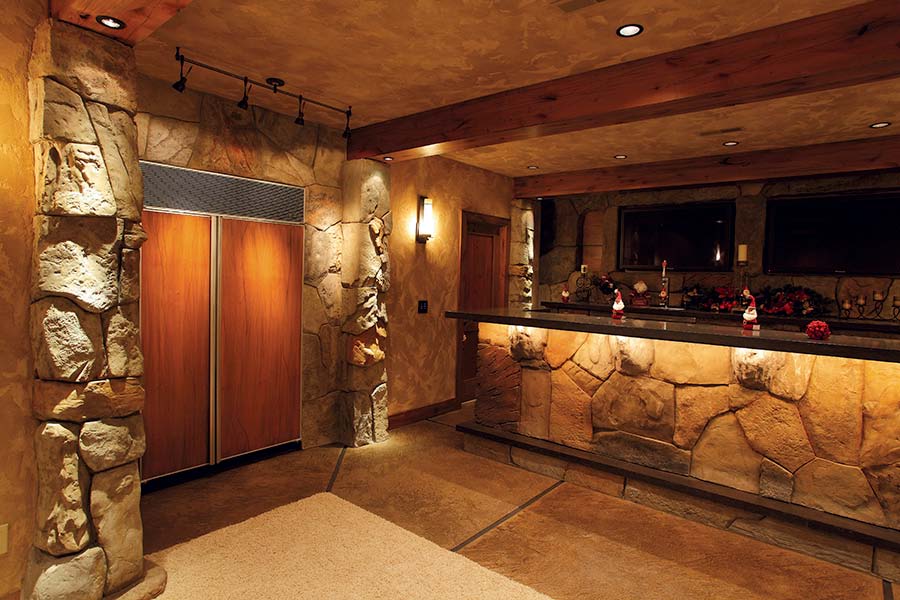 Even outside of classrooms and conference rooms, Lemon is a firm believer in sharing resources and expertise, even with competitors. “I’m not afraid to share my secrets,” he says. “Decorative concrete done well is just going to help the industry continue to grow and get better.” 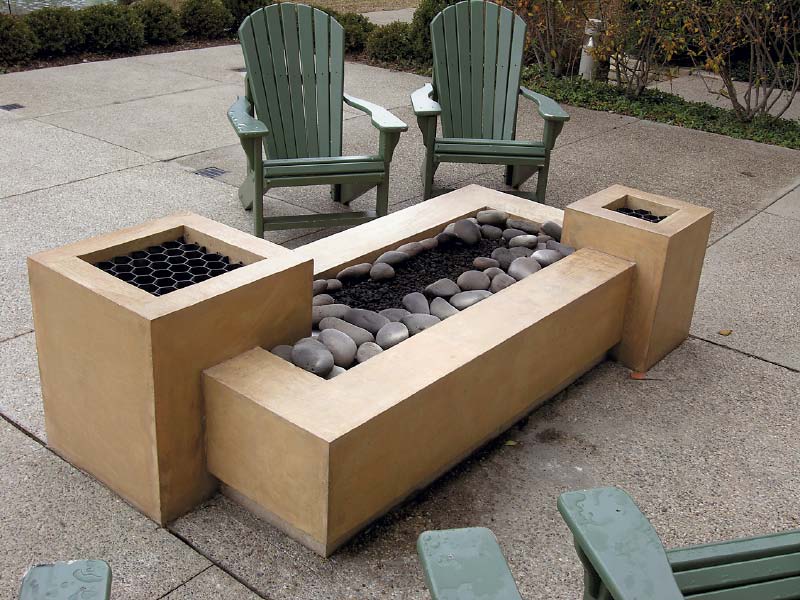 Dictated by demand
Cornerstone has definitely been doing its part to add to that growth. The company consists of Lemon and a crew of three other artisans — Vic Brooks, Dan Granger, and Willy Torralba — and they do around 80 percent high-end residential work and 20 percent retail, churches and restaurants. Stamping, overlays and casting (countertops, sinks, and tubs) comprise the company’s bread and butter, with their focus shifting substantially, depending on demand. Having that mix of different specialties is one of things that Lemon particularly enjoys about the work. “Y’know stamping is something we could do in our sleep,” he says, “but when you haven’t done it for a while, it’s fun all over again.”

Being honest, though, there’s not a lot about decorative concrete that Lemon doesn’t think is fun. “I’ve thought sometimes, I’m 46. Boy, y’know, I’m not going to be able to do this all my life,” he says. “But I’d miss it so much — I just love to do it.”

One of the things Lemon would like to see for Cornerstone’s future is a move into the boutique retail market. He has pulled off some pretty dramatic projects over the years, including: a salon with a layered, metallic, polyaspartic-and-epoxy floor finish; a countertop with chunks of shattered stone globes for aggregate; and a depiction of an alpine lake, complete with sandy shore and fallen logs, created using polyaspartics and metallic pigments on a garage floor. But Lemon says that overall, there are rarely opportunities for the wackier stuff in residential work. He is hoping to break into some high-end retail markets that will have more call for the wilder projects, he says.

Organic and colorful
Lemon’s design tastes, whether the project is wild or not, run towards the organic. “I almost always gravitate toward really organic shapes and natural-looking things,” he says. “I would never do a straight line on hardly anything.”

Color is another really important consideration for any Cornerstone project. “If I’m talking to you as a client, I try to describe it as three different things: color, the way the color moves, and the way the color appears to have texture,” Lemon says. Discussing color this way has helped him understand what his clients are envisioning. 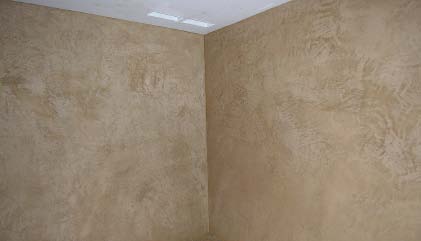 Knowing all of this about Lemon’s design approach, it might surprise you to know that while Lemon sees himself as artistic, he doesn’t think he’s an artist. A lot of his approach, he says, is just a matter of being observant. “You can’t carve a rock without knowing what a real rock looks like,” he says.

But on an even deeper level, calling himself an artist, for Lemon, means taking credit for his talent, and from his perspective as a devout Christian, his talents are from the Lord. “Sometimes people will say, ‘Oh, you’re an artist,’ but I think I have whatever measure of creativity that I’ve been given,” he says, “and I’d like to give credit where credit is due.” Lemon is not only grateful to God for his success, but also to Marilyn, his wife, for taking on the “much more important job of raising our kids.”

If there were a formula for the success of Lemon’s company it would be something like equal parts craftsmanship and humility, plus regular installments of gratitude. 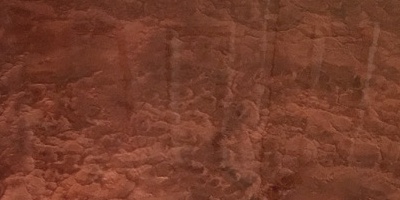 When it comes to working with metallics, there few ways you can make the job a better experience. And getting advice from of of the best is a step up. 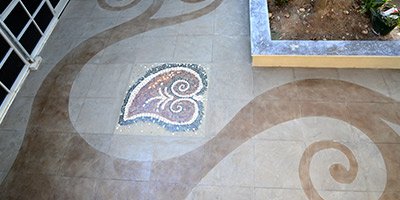 At the seventh annual Concrete Decor Show in San Diego, California, world-class instructors and eager students from around the globe joined their talents and enthusiasm to breathe new life into the outdoor surroundings of the Bannister Family House, which provides a home-like environment for people with family members in long-term at the nearby hospital. 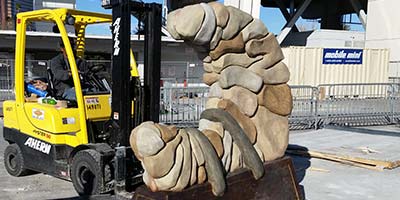 Unlike God almighty who, according to the Bible, created the world, its heavens and all forms of life in six days, the best Troy Lemon and his mortal crew could do was hand-form and carve a concrete replica of the moon in four.