The Las Vegas Strip is a unique environment. Throngs of people wend through its high-end casino resorts all day and all night, all year long, immersed in a luxurious, often surreal environment designed to entice and to tempt. But behind the scenes, the challenges involved in constructing it can be as difficult to overcome as the odds at the blackjack table.

The Cosmopolitan and CityCenter projects have a lot in common. Both are situated right on Las Vegas Boulevard, joining in the milieu of high-end casino resorts that line the street. Both are enormous and relied on epic collaborations of dozens and dozens of architects, contractors and subs. And both employed decorative concrete to help bring the visions for each property to life. 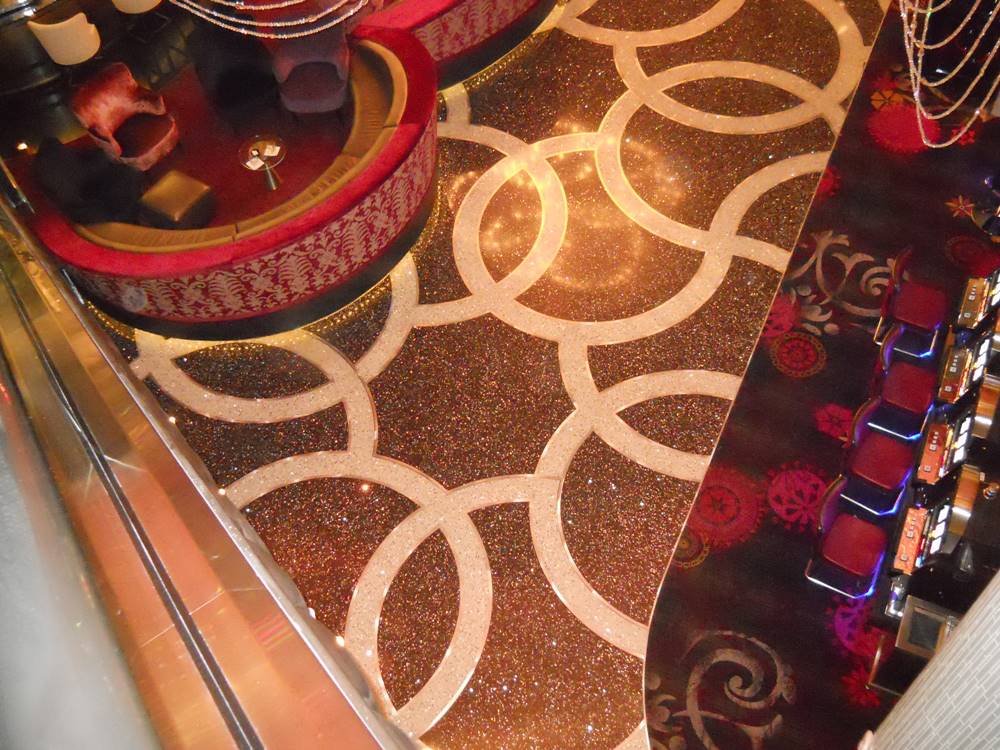 The Cosmopolitan of Las Vegas

ArCon Flooring, a decorative concrete and architectural finishing firm based in Las Vegas, was only one of many subcontractors on the Cosmopolitan project, but their work bears the responsibility of ensuring that the hotel, which opened its doors in December 2010, makes a good first impression on each of the 70,000 people who cross its threshold every day.

The first thing that any of those visitors sets foot on is a gloriously glitzy porte-cochere (the covered valet area), for which ArCon installed an entirely new cement-based terrazzo finish. “The porte-cochere had a lot of problems,” says Mark Balogh, president of ArCon. The architect needed a finish that could not only stand up to the heat and high traffic — two of the most important factors affecting any Vegas decorative concrete job — but also fit within the weight limitations of the elevated support deck, offer a high enough coefficient of friction for foot and vehicle traffic alike, and, most critically, live up to the property’s exacting design standards. 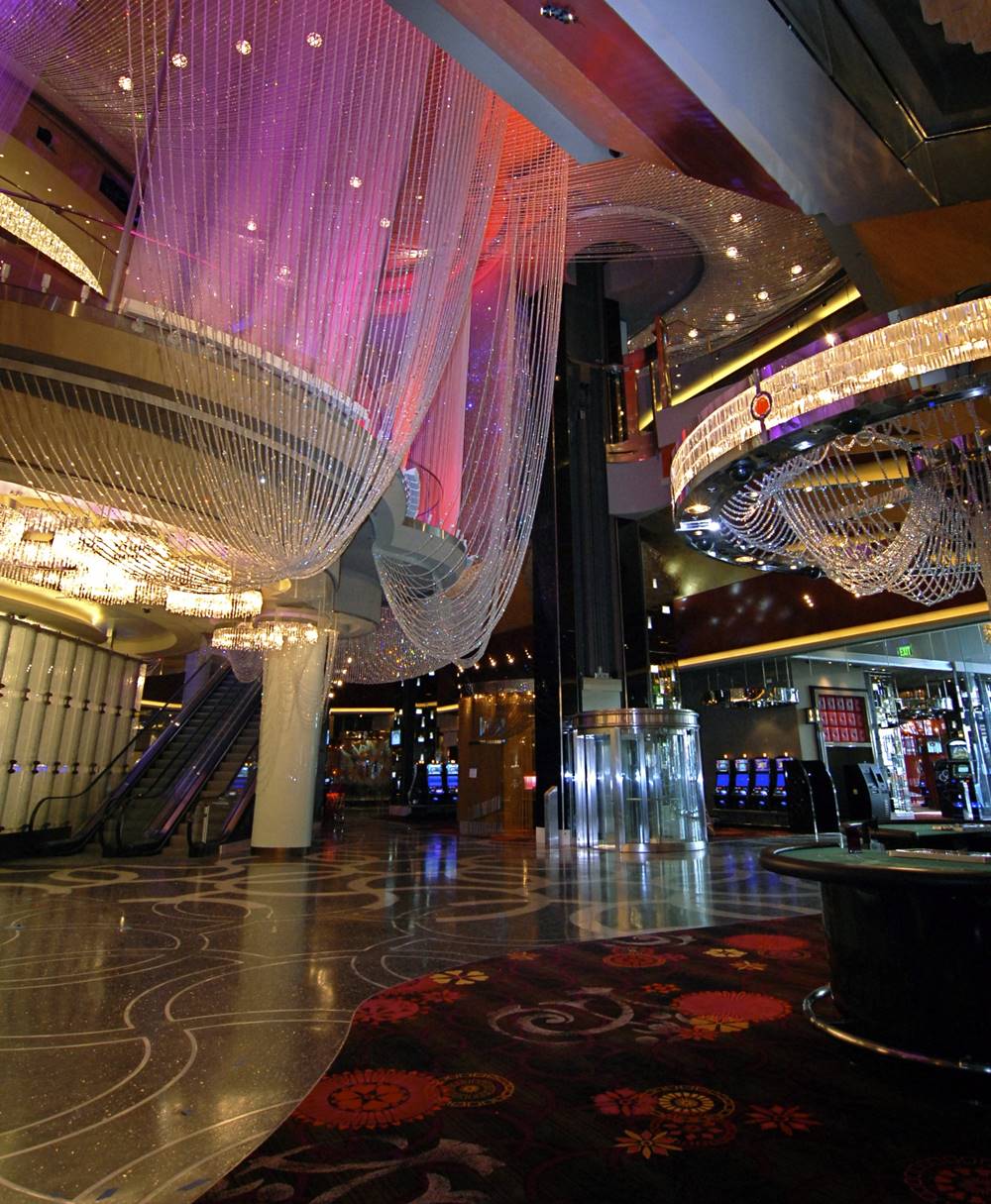 One of the secrets to ArCon’s success when working on these high-end, high-profile, tight-deadline projects is to get in at the very beginning, says Balogh. Because ArCon came on to the project “two and a half years before we laid a square foot of anything,” he says, they were able to work with the owners and the architects to find a solution that not only met expectations, but also exceeded them.

Artego TZ, a proprietary cementitious terrazzo material that ArCon has used for years in high-performance food service and manufacturing installations, had all of the performance requirements that the porte-cochere needed but none of the glamour. “It is not a pretty material,” says Balogh bluntly. But with some modifications to the mix to allow for color and lots of glass and mirror aggregate, ArCon was able to turn this ugly duckling into a stunning finish for the hotel’s entryway. 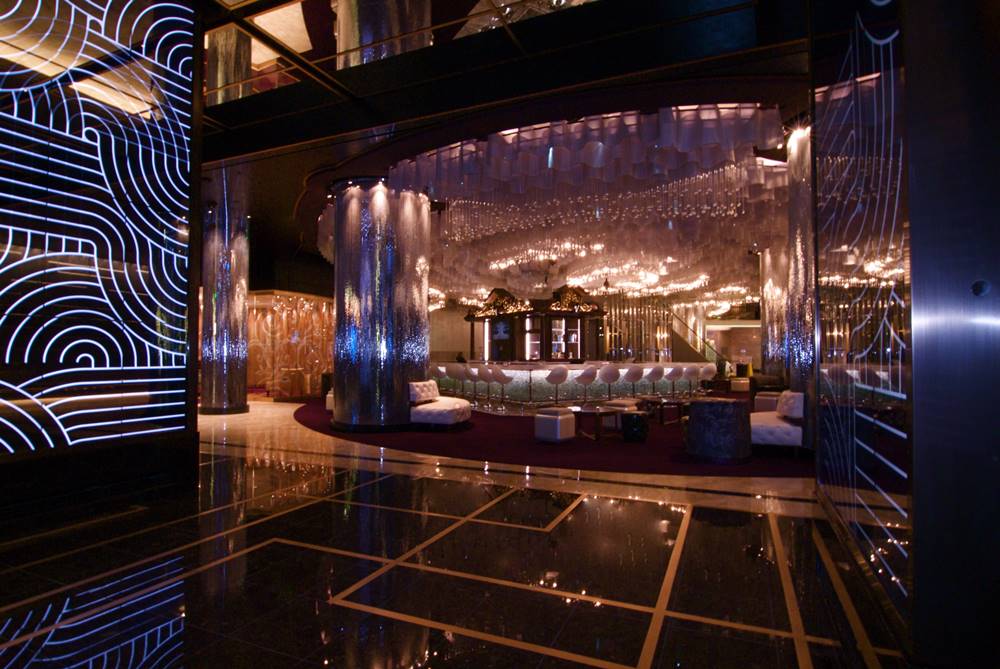 Albie Colotto, who is the director of design for the Friedmutter Group, the executive architect on the Cosmopolitan project, says ArCon’s flooring installations also played a key role inside the casino.

One of the peculiarities for designing properties on the Strip is that you’re not just concerned with designing a property as a destination. You also have to design a space that lures in passersby. “You have to captivate that audience,” says Colotto.

ArCon’s patterned terrazzo attracts the viewer by echoing the crystal chandeliers and floral motifs that are abundant in Colotto’s design. Colotto also credits the highly reflective floors with countering some of the casino’s low-ceilinged spaces, making them feel much more open and inviting. “It was a very intricate design,” says Chris Creasey, the Cosmopolitan project manager for general contractor Perini Building Co. “ArCon was able to capture exactly what they were looking for.” 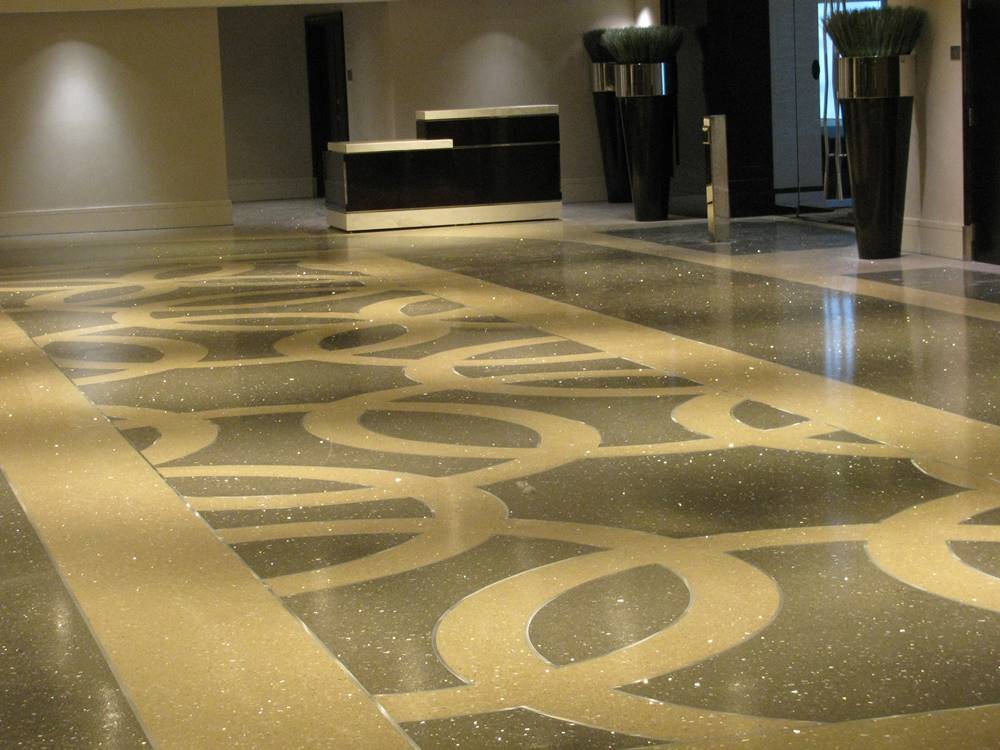 In addition to the porte-cochere and interior applications, ArCon was also responsible for the hotel’s expansive planked pool decks. Like the porte-cochere, the look for the pool decks required a creative solution from ArCon. To get a surface that met both the design and performance requirements, they installed plank-texture stamped concrete topped with a thin, nonskid MMA (methyl methacrylate) overlay. For every aspect of the Cosmopolitan project, and indeed, for any Las Vegas project at all, says Balogh, “it’s always form meets function.”

The Cosmopolitan of Las Vegas at a Glance

Project Specs: 98,000 square feet of architectural finishes, including a custom cement-based terrazzo for the porte-cochere, an epoxy terrazzo for the interior spaces, and a pool deck stamped with a plank pattern and topped with a slip-resistant MMA (methyl methacrylate) overlay.

While form and function were certainly part of the equation for T.B. Penick & Sons’ work on the CityCenter Las Vegas development, which is just next door to the Cosmopolitan, this project’s challenges were more a matter of scale than technical difficulty. The Office of James Burnett was the executive landscape architect on CityCenter, and Biff Sturgess handled the project management for the areas where T.B. Penick’s concrete went in. “What sets Penick apart is their ability with large-scale projects,” says Sturgess. “I don’t feel like a huge project is too large for them.” And huge was CityCenter’s middle name. 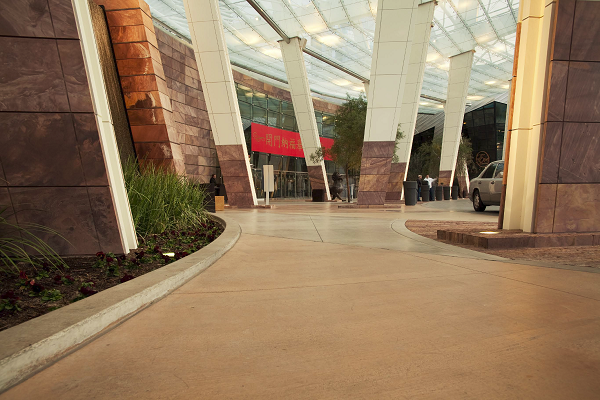 The goal with CityCenter was to give the Strip something developers felt it was lacking: a true, traditional downtown, as opposed to the big, over-the-top surrealism that dominates most of the rest of the casinos. The development incorporates three hotels, three luxury residential developments and a full complement of gaming, dining, shopping, nightlife and entertainment venues — all in the space of a city block. 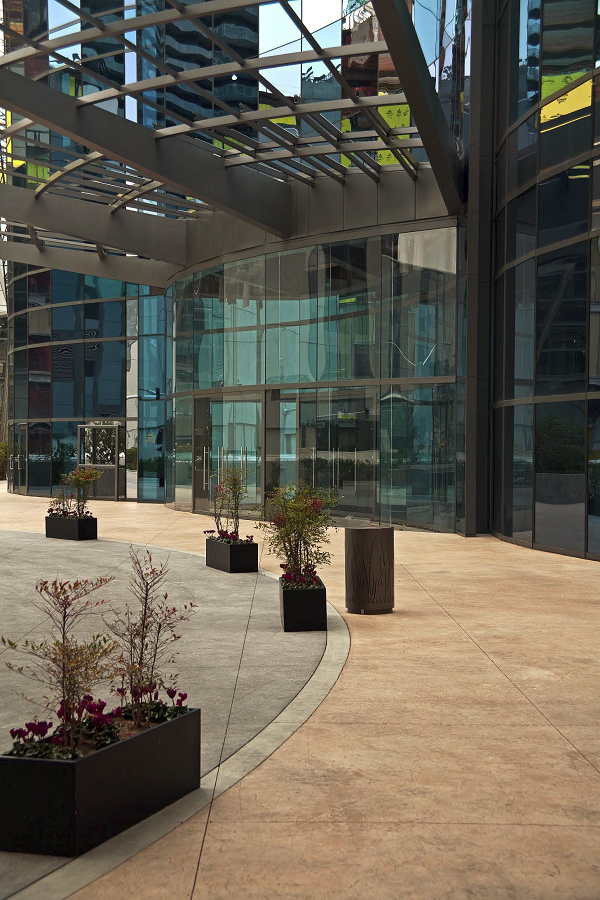 Although the original CityCenter designs called for many of Penick’s specialty finishes, budgetary concerns scaled back plans over the course of the design process and even into the construction process. For example, the original specs had called for several installations of Penick’s Lithocrete architectural paving system, but only one was actually put in — the rest of the installs were scrapped in favor of cheaper finishes.

Still, Jen Miller, project manager with Tishman Construction Corp., CityCenter’s construction management firm, says that Penick’s ability to help the clients find affordable alternatives to the original specifications made them a great asset on the project.

Frank Klemaske, Penick’s vice president of business development, says that being forced to roll with design changes on the fly is one of the particular challenges of working in Las Vegas. Another skill set that is critical to working in Vegas, and came in handy at CityCenter in particular, is the ability to maneuver in a crowd. Rigo Macias was the general superintendent in charge of overseeing all of the Penick crews at the job site, and “the biggest challenge,” he says, “was access to the project.” For much of the six months during which Penick was installing, there were no fewer than 14 cranes operating at once, constant delivery trucks coming and going, and about 8,000 workers, all trying not to step on each others’ toes. One of the ways Macias worked around this was by scheduling pours in the wee hours of the morning, starting as early as 2:30 a.m. (This also had the added benefit of avoiding the daytime heat, which Weber says was bad enough one day to melt a plastic trashcan that had been left in the sun.) 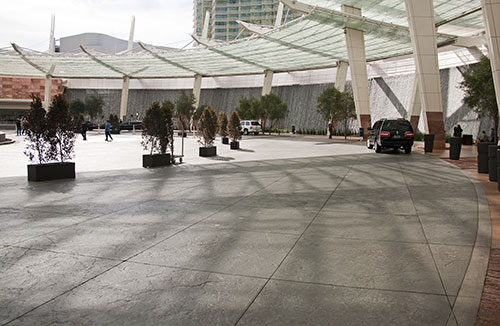 Even though managing the logistics of a project this large is what Weber and Macias consider their biggest victory, the look of the finished concrete is no less of an achievement. The approach to the center of the development, for example, has retaining walls on either side that Penick cast with a formliner that created a relief pattern of blades of grass. Sturgess says the formliner pattern was a great fit for the extreme light of the Strip, since its variable depth takes advantage of the extreme shadows cast by the neon glow.

Miller was also impressed, as was the client, with Penick’s tri-colored, curvilinear walkways that run through the development. 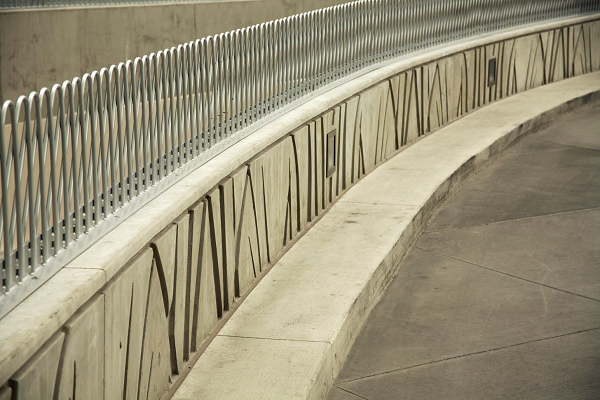 But probably the biggest contribution Penick made was in installing work that, simply, fit MGM’s vision of a more traditional downtown-style property. “[MGM] wanted CityCenter to have a real feel — real buildings, real concrete,” Miller says. “Penick brought the entire idea of the design down to a human scale.”

The work ended up being pretty run-of-the-mill in terms of complexity, say Weber and Macias. What made their contribution outstanding was their ability to manage it under extreme conditions, in heat and surrounded by droves of other tradespeople. 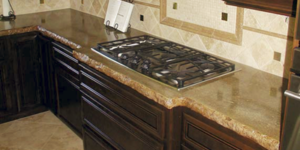 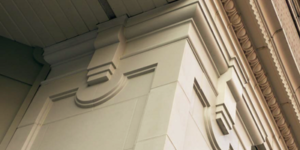 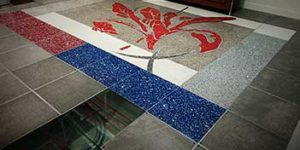