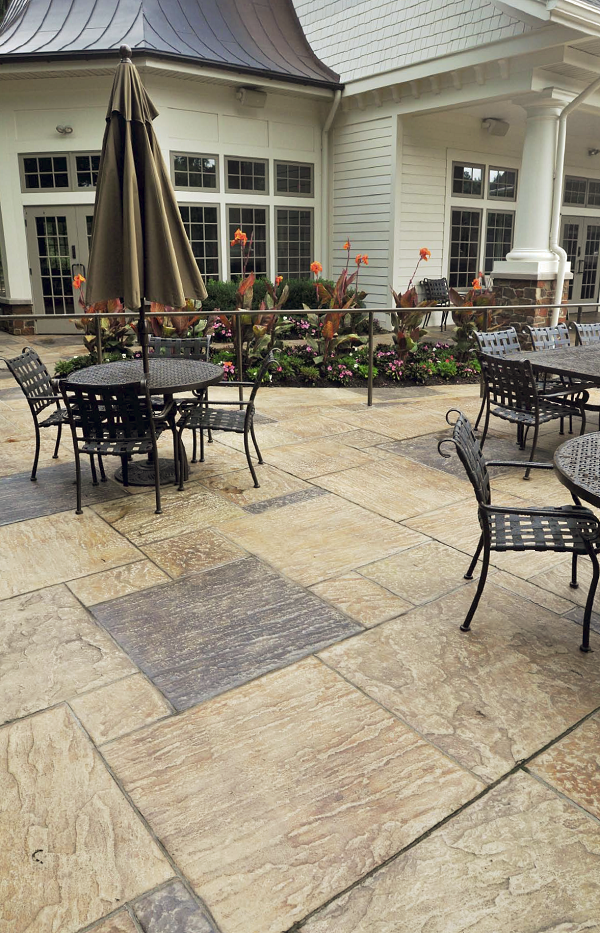 Look through Amedeo Cilli’s decorative concrete project photos and you’ll find stone patterns with color complexity and rugged texture that look straight out of nature. Actually, they’re the result of several decades of technique fine-tuning. Cilli is one of those decorative concrete contractors who started young (in his case, at age 13) and has stuck with the craft for the long haul. His business, Hackensack, N.J.-based Concrete Concepts of New Jersey Inc., has evolved into a well-respected decorative concrete installation company with a hefty portfolio of work.

For Amedeo, now 50, concrete runs in the family. In 1972, he and his family moved from Italy to Hackensack, where his father, Giorgio Cilli, began working for a concrete construction company. Amedeo recalls his family making some of their first business contacts as they spent time in his uncle’s Hackensack barbershop, Ulisse’s Barbershop. He remembers one customer asked Giorgio to pave his driveway, and once the word spread around town, other customers began approaching him for small residential jobs. 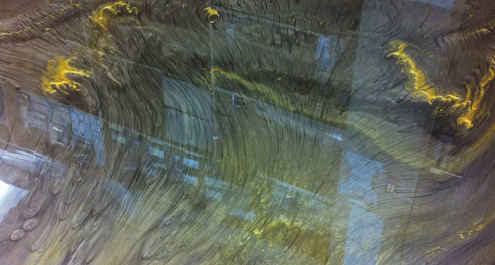 Giorgio, who didn’t speak English, established his own concrete company in 1978, and Amedeo worked by his side from day one as a translator and estimator. Amedeo’s brother, Guerino, joined the business in 1985.

The family business thrived in both residential and commercial markets, eventually hitting an annual income level of $6 to $7 million. Their high-profile assignments included a polished concrete job at a 40/40 club at Giants Stadium, in Meadowlands, N.J., and a structural concrete reconstruction job at Journal Square, in Jersey City, N.J., for which they received a New Jersey Golden Trowel Award from local masonry unions in 2001.

Guerino then left the company and Giorgio retired, leaving Amedeo in charge and with an opportunity to begin a new chapter in his career. As the leader of Concrete Concepts of New Jersey Inc., he’s focused on architectural concrete, using finishing techniques to create surfaces that resemble materials such as natural stone, terra cotta and marble. Stamping is a major strength for his company, he says, but he and his crew members — some of whom he’s worked with for more than 20 years — also produce stampable overlays, resurfaced concrete, polished concrete and glass-fiber reinforced concrete.

Amedeo Cilli, who began sketching, painting and sculpting at a young age, says his most enjoyable jobs are those that allow plenty of room for creativity. 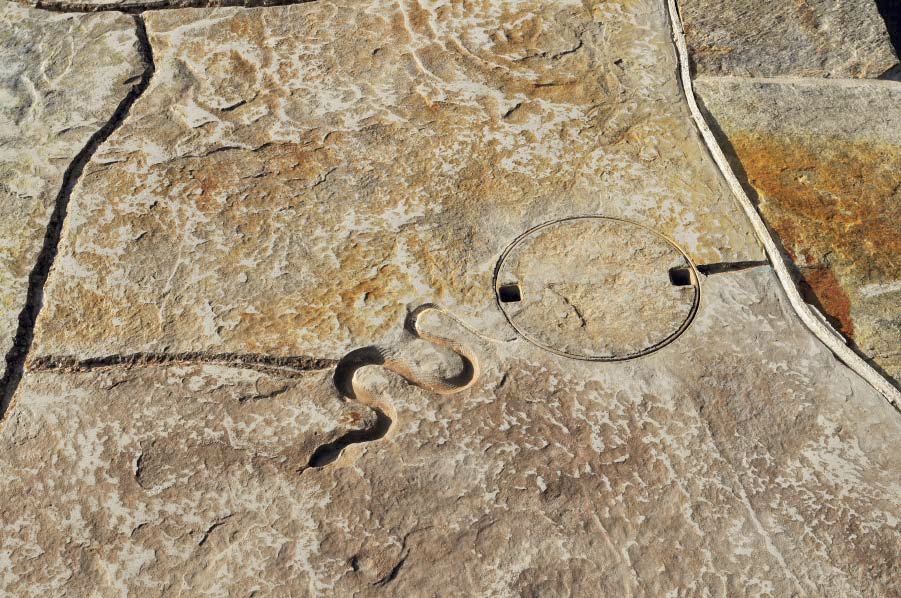 “With a standard, 25,000-square-foot stamping project that anyone can do, the bids will be low, and there’s no challenge,” he says. “That isn’t my favorite type of project. But some customers allow me to do what I want, and that’s what I prefer. Of course, to get those types of projects, you have to have people who can recommend you.”

Cilli can put his name to two distinct decorative concrete techniques: working with surface cracks instead of against them, and blending expansion joints into stamped concrete patterns. He says the first technique took years to perfect — after initially being told he was out of his mind for trying to sell cracks as desirable concrete surface features, he experimented with several methods of reinforcing concrete so that cracks would be visible, yet wouldn’t cause structural problems. 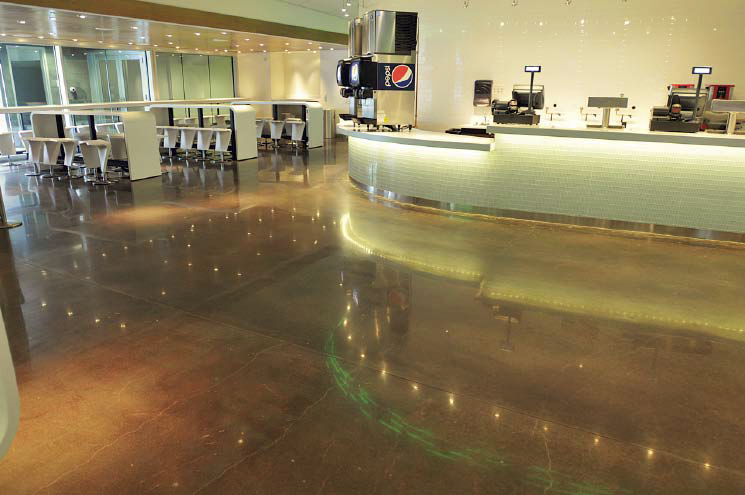 “Part of the headache of an installation used to be the question of whether or not the surface would crack,” he says. “I’d have to convince the customer that it wouldn’t, and if it did, that I’d be able to repair it. Finally, I got tired of arguing that surfaces don’t crack, because they do. I remember watching something on TV about ancient Chinese vases made in the Ge Kiln porcelain production site during the Song Dynasty, which are considered rare and valuable because of their cracks. So I decided to sell concrete with the cracks.”

His second signature technique is a method of concealing another eyesore — expansion joints. He noted that in typical stamped concrete installations, expansion joints are added after stamping is complete, so he decided to combine the expansion joint insertion process with the stamping process. To camouflage the joints, he developed special tools (after much trial and error, he says) that allow him to insert expansion joints into the grout lines of stamped patterns. His winning model: a tool the size of a basic mason trowel that can be slipped between stamping tools without misaligning the stamping pattern.

Whether his canvas is a small residential patio or a large public plaza, Cilli says his secret to achieving spectacular color is building it through multiple layers. He says he’s never been one to apply a base color followed by a highlighting shade — instead, he puts down five or six layers of dyes and stains. He might apply a few layers of color, use tools to purposely distress the surface, then apply material in a different color on top of the distressed areas. He says this technique helps him achieve looks that are commonly found in nature.

“If you look at a rock, you already know that you like its color and texture,” he says. “But if you look at it more closely, you’ll notice it includes shades of gray, green and black, even though your eye interprets it as one color. By using multiple shades of color, I can bring the surface to life and make it real.”

Cilli’s experience is also evident as he discusses the business side of decorative concrete. Competition has become fierce for contractors in the Northeast, and to stay in business, Concrete Concepts of New Jersey has built a reputation of quality and versatility. Cilli says he never takes shortcuts, and that while he may charge more for his work than some contractors do, clients are willing to pay more when they’re after quality. The company also keeps structural concrete services on its menu for those times when the architectural side of the business is slow.

Customer communication is another important part of managing a successful business, Cilli says. He believes many customers need to be educated on the basics of decorative concrete. 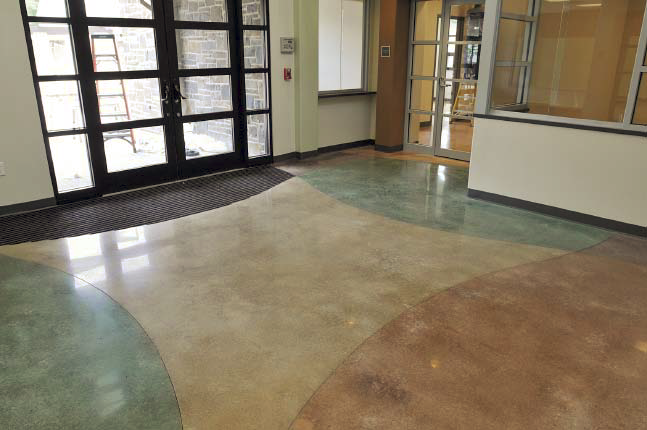 “Managing customer expectations is a real issue,” he says. “I tell my customers everything they’re going to get — and everything they’re not going to get. You also need to know when to walk away from a job. If a customer can’t grasp your concepts, chances are what he wants isn’t within the reality of the medium, and you won’t be able to make him happy.”

Even now, Cilli continues to discover new passions. Recently, he trained a decorative concrete company in Mexico and led a seminar at the 2012 Concrete Decor Show, through which he found a new love: teaching and consulting. Now, he says he’s seriously considering hosting workshops on the two decorative concrete techniques he developed.

“(In Mexico), I had never had a better time,” he says. “I thought, I could do this for the rest of my life. So if I could increase the amount of consulting that I do, that would be great.”