When word hit the street that J.C. Penney Co. would ask concrete polishing contractors to help renovate its department stores across the country as part of a master plan to reinvent the chain, the news was well-received by manufacturers and suppliers of architectural and polished concrete materials.

“We were very excited to be part of this project and excited about (J.C. Penney CEO) Ron Johnson’s vision of what JCPenney will become. It’s very innovative,” says Scott Metzger, president of Metzger/McGuire, the company chosen to supply the joint and small-crack repair filler. “They’re going to redo their stores one shop at a time in a long-term program that will be going on for years. We’re fortunate to be playing a role in it.”

But no supplier anticipated that the initial work on roughly 700 stores would need to be done all at once and in less than a month.

Penney’s idea of using polished concrete was conceived in early 2012 for a store in West Lebanon, N.H., that was badly damaged by floodwaters brought on by Hurricane Irene. Even though tile had already been delivered, Penney officials decided instead to go with exposed concrete floors throughout the store, says Mike Tuccelli, of S&S Concrete Floors Inc. in New Ipswich, N.H., who headed up the repair and polishing crew.

The 70,000-square-foot store was in deplorable shape, he says, with chunks of floor missing and holes everywhere, as well as layer upon layer of carpet glue that had to be ground off.

The products used on this job served as a model for the material specified for the first “wave” of work, which began June 25, and entailed transforming the Levi’s and The Original Arizona Jean Co. departments into “shops.”

“Lebanon was the perfect store to start with to see what could be done,” says Metzger. “It was a worst-case scenario and it came off really well.”

Tuccelli, who also worked on six other stores during Wave 1, says the Lebanon store was by no means a showpiece but it turned out nicely considering its original condition. “There’s a sealed-off trench drain that ended up in the intimate apparel section of the store, and (the JCP people) accepted that. They knew they weren’t going to get something perfect-looking. I’m guessing they were going for that retro look.”

Making the list
Using the West Lebanon store as a springboard, Rick Smith of Structural Services Inc., Dallas, Texas, coordinated most of the ensuing polishing program and helped devise a specified products list. From there, he asked “vendor partners” — product suppliers and manufacturers — to submit a list of contractors who were trained or certified to install the individual systems. By noting names that were common to more than one list, Smith came up with about 40 contractors, envisioning that they could take on multiple jobs because the floors wouldn’t all be done at the same time.

AmeriPolish Inc. and Prosoco, the companies specified to supply the densifier, stain guard, dye and stain, held “summits” in April to go over the program’s expectations and goals, review specifications, and discuss and demonstrate procedures with contractors.

Clif Rawlings, product manager and training coordinator for HTC Inc., one of the specified equipment companies, was invited to do demos at the AmeriPolish session. “There were two pipelines approved for each project,” he says, so contractors could determine which polishing system would work best for individual projects.

“You’d be amazed at all the behind-the-curtain antics that went on,” says Joe Reardon, concrete products group specialist for Prosoco. “If we didn’t work together, it would have been detrimental to the whole industry. It was more of a collaboration than people realize.”

“It was really good for the industry,” says Les Davis, president of AmeriPolish. “It gave us a great bump in sales. Five years ago, I don’t think the industry was mature enough to have pulled this off. But today we have a lot of expertise. My hat’s off to the equipment and chemical manufacturers and, most importantly, the contractors.”

But not everyone is as complimentary as Davis.

Compressed time frame
Once JCP put out the word that all shops needed to be done by the end of July so they could be open Aug. 1 for the back-to-school rush, it became obvious more than 40 contractors would be needed to accomplish the task. Subsequently, vendors supplied additional recommendations and the list grew to more than 180 contractors. General contractors could only accept bids from companies on the list.

With the work opening up to a larger number of concrete contractors, “some were up against new challenges they were unfamiliar with,” says Marcus Turek, national accounts manager for equipment maker SASE Co., whose main involvement with the project was helping contractors deal with glue removal problems.

As less-experienced contractors tried to finish on time after running into one unforeseen problem after another, some were in over their heads, members of the polishing community maintain.

“The JCP project did have a major impact on the industry due to the massive rollout that was scheduled,” says Brad Burns, executive director of the Concrete Polishing Association of America. “Time will tell if the project schedule impacted the quality of the processes that were performed at the job sites. Because a floor is simply shiny and pretty to look at does not mean that it was polished properly and will perform to the intended specifications.”

“The work consumed our little industry,” says Reardon. “Our phone rang 24 hours a day, 7 days a week,” from contractors seeking advice or product. In about two weeks’ time, he estimates, between $10 million and $12 million of products were ordered from Prosoco for the JCPenney job, everything from machinery and diamonds to chemical components and protective barriers. 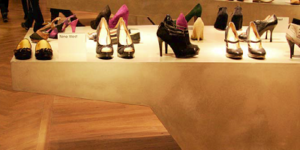 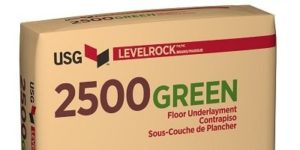 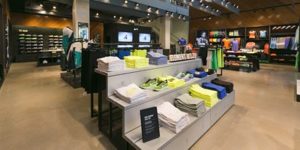