Question:
We just had a large stamped concrete patio completed, and we chose a light buff integral color with dark tan release powder. The resulting color of the concrete surface looks entirely different from the color we chose — it’s more like an antique rose color. Is it possible that the concrete supplier got three truckloads mixed incorrectly, or is something else going on here?

Could the batch plant have sent three loads with the wrong color? Yes, but this is pretty rare. In my 20 years of dealing with colored ready-mix I have found very few times where the batch plant made a mistake and batched the wrong color, and even fewer instances where three different loads had been batched incorrectly. That being said, ask to see the batch ticket from the ready-mix supplier just to be sure. It should show the details on what and how much color was loaded.

Whenever dealing with integrally colored concrete that has color issues, I try to determine if the problem is a surface issue or a base color issue. Surface issues are just that, color problems that occur only on the surface. The most common of these are efflorescence, surface color fade due to finishing, and color interference. In contrast, a base color issue is where the actual color is wrong throughout the entire depth of the concrete.

The best way to determine if the issue is a surface problem or a base color issue is to look inside the concrete. This can be easier said than done, but there are some tricks. If the concrete was recently placed, look for a few scraps of concrete and break them open. If the concrete has been down for a while, a small cut or scratch may need to be made in an inconspicuous place. The last and most invasive method involves coring the concrete, which I have only seen done a few times on large commercial jobs where serious litigation was pending and test results were critical.

When placing concrete with integral color, there a few things I always recommend.

Color loading above 2 percent: As a rule of thumb, color loadings below 2 pounds of color per sack are more prone to color variations. The lower the color loading or dosage, the more impact the gray concrete will have on the final color appearance.

The less pigment is used, the more gray shows through. This is why I always promote using color loadings above 2 pounds per sack. The higher pigment loading is more forgiving and tends to hide variations that can be inherent to gray concrete.

Thoughtful color selection: Tinting strength is the measure of how well the color pigment will show when added to another material. In our case it has to do with how the color will perform when the pigment is added to gray concrete. The most popular pigments used to color concrete are iron oxide-based. They are the most economical, do not fade, and have excellent resistance to the high-alkaline environment found in cement-based materials. In general, red iron oxides have the highest tinting strength, followed by blacks, with yellows being the weakest. This explains why integrally colored concrete colored with a 2-pound load of red pigment produces a much more vibrant-looking concrete piece than the same concrete colored with a 2-pound load of yellow or buff pigment.

Keep in mind that most pigments used to color concrete are blends of two or three colors (red, yellow and black), and depending on the ratio of pigments in a blend, the final color can be affected if there is a placement or finishing issue. In this particular case, the color was supposed to be light buff and turned out a rose shade of pink. Most buff colors are a blend of yellow with a small amount of red and black. I have found that if the concrete is placed wet (slump above 6 inches), or excess water is used on the surface when finishing, the red color, because of its high tinting strength, can become predominant and result in the final color having a pink undertone as the yellow and black become washed out.

No excess water: Stay away from adding water to the mix once the concrete has been placed. As I mentioned previously, excess water can lead to pink undertones or more often tends to lighten the color overall. Any excess water applied to the surface during finishing will increase the water-to-cement ratio in the surface paste, leading to washed-out or inconsistent color. This excess water can also lead to efflorescence, which is one of the most common problems affecting surface color.

Samples and mock-ups: I always recommend a sample or mock-up be performed using the ready-mix concrete that will be placed on the job. Manufacturers’ color sample chips are a great way to get started, but cement color varies so much from region to region. There can be substantial color differences between the concrete used to produce the samples and the concrete used on the job. In addition, everyone finishes concrete differently, and different colors of release powder and sealers can have widely varying effects on the final color.

Once you have determined the cause of the color problem, the proper method for repair can be prescribed. These can range from topical stains to color washes to tinted sealers. In some cases, if it turns out the base color was incorrect, the concrete may have to be replaced. 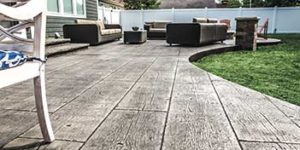 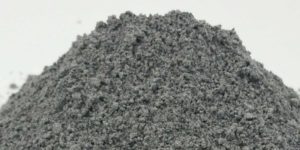 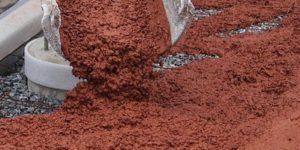