They never came home, and two days later their bodies were found in a brushy area along the Otay River. Eight years later, DNA evidence linked the murders with a man in prison for raping a woman. He was subsequently convicted of the murders and has been on death row since 2004.

Sellers-Phillips approached Greg Cox of the San Diego County Board of Supervisors. In 2012, the mothers and the county received approval and a $175,000 County of San Diego Neighborhood Reinvestment Program grant for a small memorial along the Bayshore Bikeway, on the southern edge of San Diego Bay in Imperial Beach. The California Department of Fish and Wildlife donated the site.

From the subgrade up, the Lithocrete method specifies materials and methods for mixing, pouring and finishing a concrete job. It also includes additives and sealers formulated to control the alkali-silica reaction that can take place when using reactive aggregates such as glass. These materials and techniques allow the use of recycled, heat-fractured glass as a decorative aggregate — an element that appealed to Cast. The Lithocrete surface would also require less maintenance than a stained surface.

“The design process evolved from focusing on the boys’ deaths to a focus on the environment,” says Cast.

With input from Cast, Klemaske and the boys’ mothers, the design took the form of a nautilus shell with segments outlined in steel and filled with a gradated pattern of colored glass aggregate. “The gradation of color is something Lithocrete is known for,” Klemaske says.

A Fibonacci spiral was superimposed on the nautilus pattern. For the spiral, Klemaske suggested LithoMosaic, a system that is part of the Lithocrete suite. In the LithoMosaic process, the artist creates the design off-site, without time constraints, by gluing tiles to a sheet of mesh. After the tiles are embedded in the concrete, the mesh is stripped off.

Amanda Klemaske Conahan, a landscape architect and public artist, produced some options for the mosaic, and a design in glass tiles was chosen.

Mementos from mothers
When the mosaic was nearly finished, Conahan brought it to the T.B. Penick office and invited Milena Sellers-Phillips and Maria Keever to bring mementos of their sons to add to it.

Together, Conahan and the mothers added meaningful elements to the mosaic spiral, including framed photos of the boys.

Because the memorial was on a sandy site near the bay, site preparation required some extra steps. For a stable foundation, the site had to be excavated 5 feet deep to allow for sufficient compaction of the soil. Epoxy-coated rebar was used, and the metal framework outlining the nautilus shell was made of surgical stainless steel.

The steel framework, fabricated by Jay Neis of Norfab Steel & Fabrication Inc. (Flagstaff, Ariz.), was placed on chairs on the rebar. Concrete was poured into each segment, and glass aggregate was distributed on the surface to create a color gradation in each segment.

The finished site has telescopes made by The Glass Eye, in Signal Hill, Calif., for viewing wildlife. Plaques identify nearby vegetation. The glow-in-the-dark tiles define the Fibonacci curve at night, creating a pathway that the mothers have described as “showing the way.”

The Jonathan Sellers and Charlie Keever Outdoor Education Activity Center serves as an outdoor classroom for nearby Bayside Elementary School and other schools. The U.S. Fish and Wildlife Service Educational Outreach Program also uses the center for outdoor classes. It provides a vantage point from which visitors can observe migratory birds that visit the nearby estuary.

Cast credits Klemaske with introducing many of the design elements and praises her emotional attachment to the project. “During construction, when one of the mothers couldn’t arrange for transportation, Chris stepped up and dispatched a limousine to ensure that both mothers could participate in the process,” he says.

“It’s a small project, but it’s significant in so many ways,” Klemaske says. “It’s just turned out really beautiful. It was everything they wanted it to be. I’ve worked on multimillion-dollar projects and tiny projects, but this was just one of those — it meant so much to be a part of it.”

In metal letters embedded along the line of the spiral are these words the mothers chose from an essay by environmentalist Rachel Carson: “There is something infinitely healing in the repeated refrains of nature — the assurance that dawn comes after night, and spring after the winter.”

Scope of project: A small area for environmental classes and public enjoyment along a bike path, conceived as a memorial to two murdered boys

Most challenging aspect: Creating a public memorial that would be meaningful to grieving families and be a recreational and educational asset to the community. 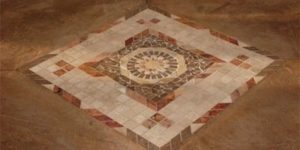 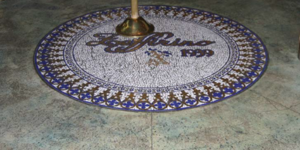