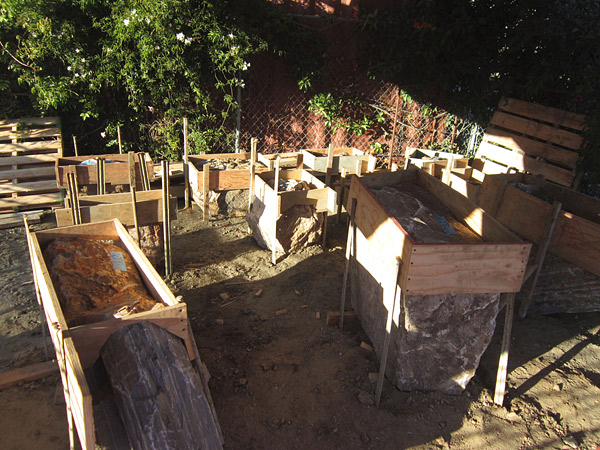 Decorative concrete wizard Tom Ralston is a familiar name to Concrete Decor readers for his elaborate, multifaceted homes and backyards.

But there’s another side to Ralston’s work: the wildly creative stuff that’s almost pure fun.

One recent example is a set of stepping stones molded to look like stones in a tide pool, each artfully crusted with embedded seashells and beach glass.

Tom Ralston Concrete was hired by Santa Cruz, Calif., designer Karen Toole to help build a park on West Cliff Drive, near beloved surf spot Cowell’s Beach on Monterey Bay. The company ended up spending thousands of dollars of its own money to finish the project to its standards, Ralston reports.

Expensive stone molds were created from the choicest sides of boulders found at a local rock supply company. The 17 stones in the path had to be cast two at a time. Nine individual truck deliveries brought in slightly over 20 yards of concrete.

The stones were acid-stained with L. M. Scofield Padre Brown, Kemiko Malay Tan and QC Jade to match the cliff adjacent to the park. Workers epoxied bolts to shells and affixed them to the wet concrete. Authentic-looking ridges were sculpted by hand on the tops. Plastic funnels were used to form gaps for plants. Beach glass and aquarium sand completed the pieces. Workers even attached oyster shells to the curbs.

The city’s parks and recreation department landscaped the park after casting, and over 100 turned out for a ribbon-cutting ceremony to watch the first children (and adults) use the stones to skip through the botanical garden. 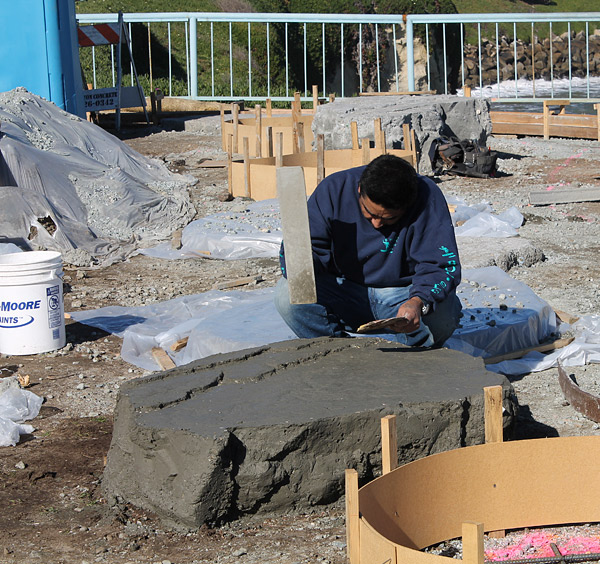