Since the city of Arlington’s Vandergriff Skatepark opened recently, it has become a destination for skaters from all over Texas and the nation. Arlington has become a leader in skate park planning — within the next 10 years, the city plans to implement up to 15 skating opportunities, with the goal of a skateboarder being able to skate from one spot to the next. Vandergriff Park will be the hub of these planned areas. 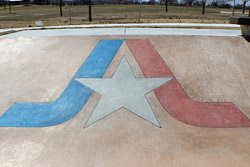 The concrete in a skate park must be completely smooth to accommodate a skateboard’s small, hard 40 to 55 mm urethane wheels, yet also be nonslippery. The concrete must be able to withstand all natural elements and temperature fluctuations, as the surfaces are completely exposed year-round.

“Shotcrete is specified for the banks and transitional portions of the skate park,” says Yann Curtis, owner of subcontractor SPA Skateparks. “So, the snake run, multidepth bowl and banked surfaces in the street course require the shotcrete process. Shotcrete is used in these areas because the material is literally shot out of a hose onto the receiving surface at a high velocity, thus encapsulating the rebar. Applying concrete on these features and areas would not be possible directly out of a truck or via traditional concrete pumping.”

For the sections of the project that required shotcrete, a strong line pump mix was used — 4,000 psi, 3/8-inch pea gravel, seven-sack, with a roughly 3-inch slump. “After shooting the concrete from our concrete line pump with an onboard 185-cfm compressor, the concrete is cut and shaped to the appropriate radius, which changes at each part of the park,” says Curtis. “There is essentially a zero tolerance for shape inconsistencies.”

Curtis coordinated with the city of Arlington and the designer, New Line Skateparks, to come up with what he calls a “really unique” coloring plan. “We used ChemSystems concrete color,” Curtis says. “Three pounds of integrally colored concrete in green and two pounds in Harvest Gold. Red and blue cast-on colors were coordinated to match the city of Arlington’s logo. A lot of attention was paid to carefully and accurately mixing each truck to exact proportions so that the color matched from pour to pour.” For the cast-on color, a penetrating sealer that supplied a nonglossy natural look was applied approximately 30 days after pour.

For the remaining parts of the skate park, Curtis used a more typical 4,000-psi mix with increased slump and larger aggregate than the shotcrete mix. These areas were poured either directly from the truck or via boom pump that can accommodate the larger aggregate. 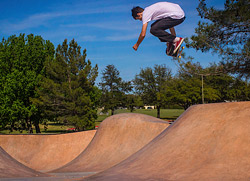 “Every square foot of the skate park has been hand-troweled for a smooth finish, but not to the point of burning the concrete,” explains Curtis. “A water-based curing agent was applied. No sealer was used, to avoid a slippery surface for the urethane wheels.”

SPA Skateparks, of Austin, Texas, is a design-build contractor developing site-integrated, poured-in-place skateparks across the country. “We strive to incorporate various colors, materials, textures and green-building initiatives to enhance the existing surroundings,” says Curtis. “We believe a properly developed skate park should not only consist of world-class skate park terrain, but also become an inviting public space for all to enjoy.” 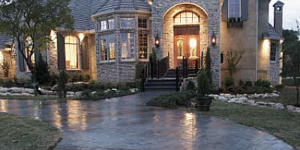 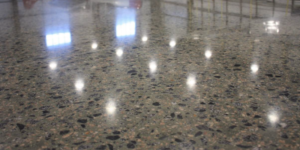 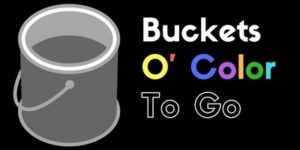