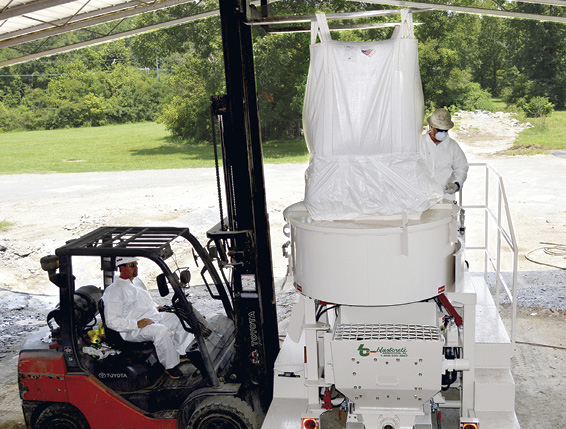 Sometimes the solution to a problem is only an imaginative thought away.

That’s what Jim Farrell, president of Blastcrete Equipment Co. in Anniston, Alabama, found when called on to bid a job that required keeping dust to a minimum. And, it’s an issue other contractors must consider as the calendar moves into 2017.

Farrell’s brainstorm of what he calls a “dust ruffle” to suppress dust and consequently limit silica dust exposure in industrial, construction and mining applications came after being told that the grout plant needed for construction of a nuclear power facility being built in northeast Georgia would have to be virtually dust-free. 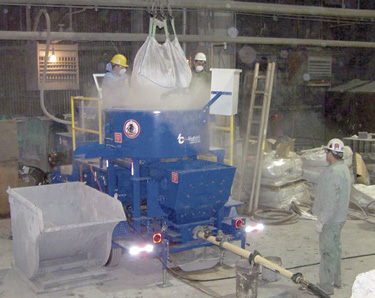 “In our discussions of how we were going to monitor the dust and keep it to a minimum — if not eliminate it — I called a friend of mine over in Birmingham (Alabama), who manufactures bulk bags,” Farrell says. “I asked him if he could sew a skirt to the bottom of the bag and if it would have enough flexibility in the diameter to where we could make it larger than the actual bag itself.”

Assured he could, Farrell went ahead and included the design in his quote, noting he would eliminate dust in the transfer of the material from the bulk bag into the mixer before the water is added.

“After we found out it could be done, we went ahead and applied for a patent on it,” Farrell says, expecting the patent to be issued around press time.

Being marketed as the DustAway system, the bag has a dust ruffle that encapsulates airborne particles, helping to control respirable dust. That’s going to become more critical in 2017 as the federal Occupational Safety and Health Administration begins enforcing stricter limits on silica dust exposure starting in June.

The new regulations limit permissible exposure to 50 micrograms per cubic meter of air over an eight-hour shift, or about 20 percent of the previous level for construction.

“It’s clear in the new rules that employers will have to monitor their employees, and report the results of tests,” says Farrell. “This is an ongoing thing.”

While Farrell is glad to say that the DustAway system can easily be customized for just about any type of bulk mixer, it’s not necessarily a product that’s going to help smaller contractors. The reason: Farrell doesn’t believe it’s practical for batches smaller than 500 pounds.

“From our discussion with the manufacturer, you have to be able to pick the bags up from the top and the bottom,” he says. “To pick up a 500-pound bag, you’re going to have to have a forklift, and there are a lot of applications for decorative concrete where a forklift isn’t in the equation.” 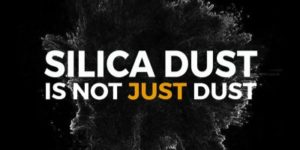 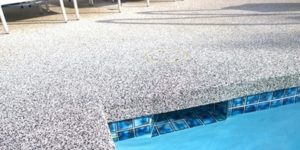 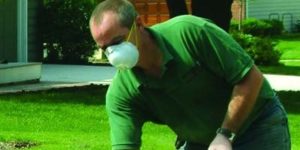 Health and Safety Precautions While Working with Dry Portland Cement