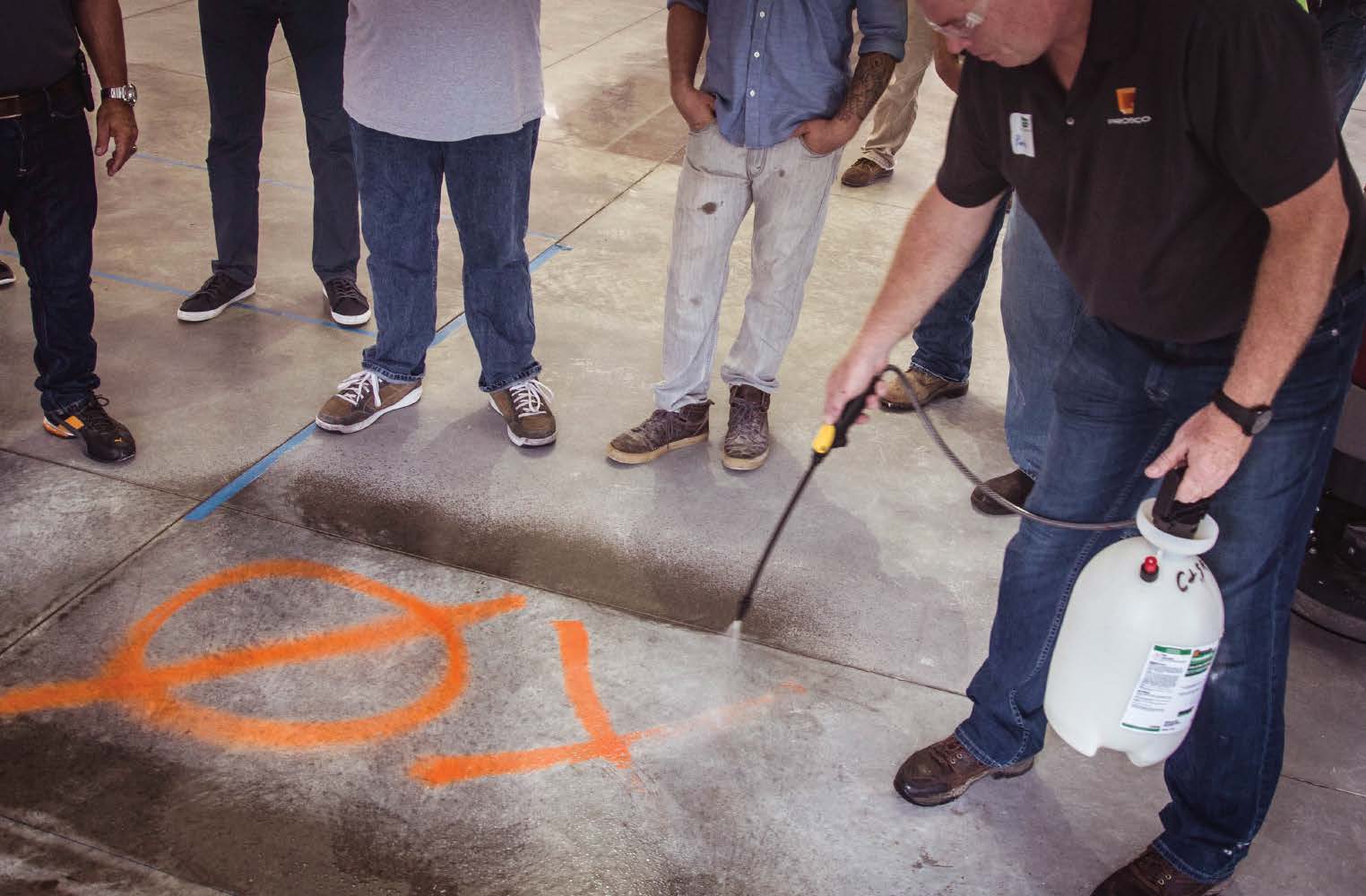 While a mechanical — or other — method of preparing concrete for an overlay will generally remove whatever is on the existing surface and open it up for the new application, it’s not always enough.

As Rick Watson of Surmac Inc. puts it, sometimes there’s a secret hidden below the surface. For example, take a concrete deck around a swimming pool his company had shot-blasted a few years back in preparation for a new coating.

After shot blasting, Watson checked the pH of the concrete, as he always does. In this case, the existing concrete — which should have been alkaline — tested quite acidic, thanks to it absorbing chemicals that had been used in and around the pool over the years.

“Had the concrete been in its naturally alkaline state, the coating would have adhered fine and proper,” he says. “Had we just coated the prepared surface, we would have had osmotic blistering from the contaminants trying to get out through evaporation, and we would have had a massive failure.”

Thanks to that one little test, however, the company eradicated the contaminants, sealed the surface and changed the pH.

Sometimes it doesn’t even take a pH test to spot potential problems. Bill Young of Professional Construction Products says petroleum products, as well as salts and chlorides, are big enemies when it comes to coating existing concrete.

While it isn’t necessarily an issue with every coating job — think quarter-inch urethane — Young says there are several options once a problem is recognized. One is a poultice that goes over the area and draws the contaminants into itself, leaving a powder than can be thrown away.

A typical poultice is created by saturating an absorptive material like kitty litter or sawdust with a strong solvent such as acetone, xylene or methyl ethyl ketone. Then you cover the stain, first with the poultice and then with plastic. However, the osmosis involved can take time, and the process works best on smaller stains.

“There are also crystalline hardener products (densifiers) that can be sprayed on the concrete,” says Young. “They penetrate and purge out some of the oils, but they also lock up the first quarter-inch of concrete below the surface so tight it minimizes the contaminants from working their way back up.”

A still newer option involves the use of single-celled microorganisms that digest the oil and turn it into carbon dioxide, along with creating more microorganisms. This is the same technology used to clean up beaches after oil spills. Companies that make products that feature this technology include Environmental Solutions International and KT Microbial Products.

Young concedes there’s no one perfect way to deal with contaminants in old concrete, but you can minimize their intrusion to a certain extent. 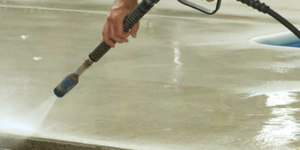 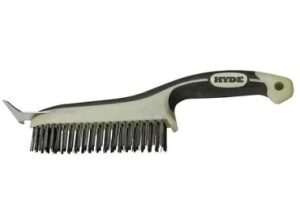 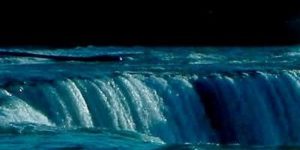