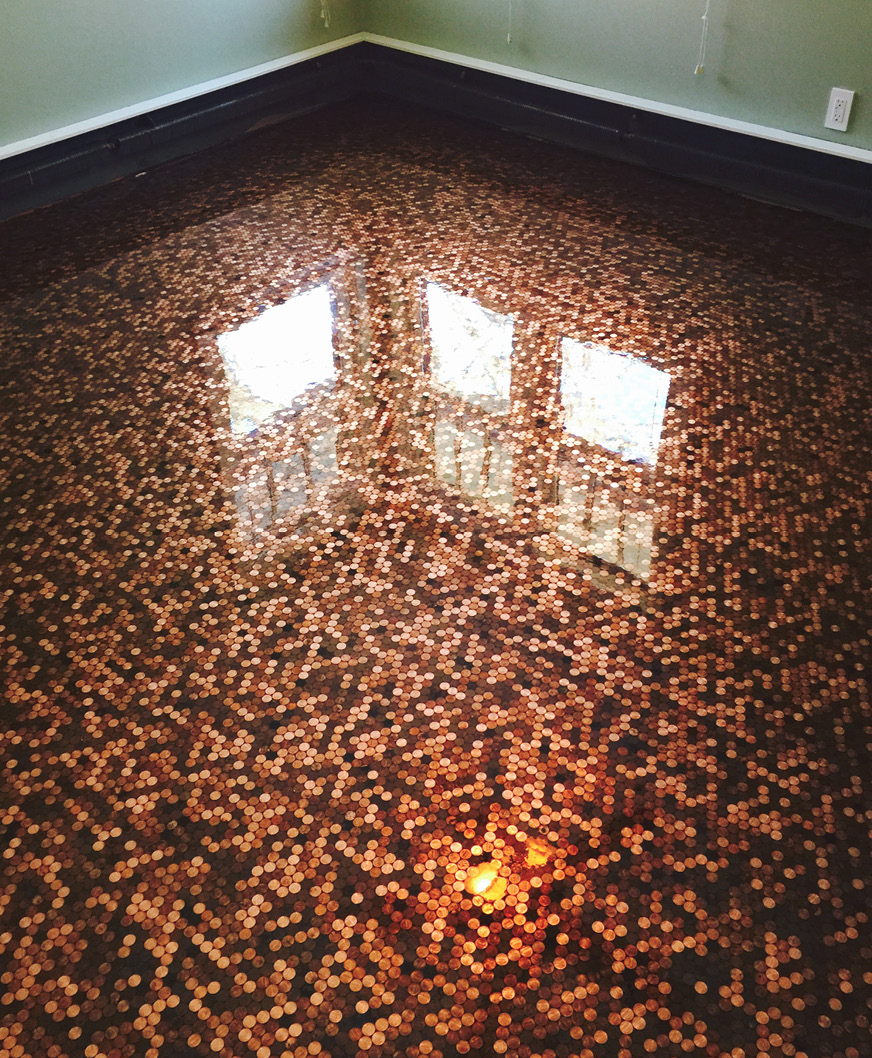 After installing a stamped and colored concrete driveway in Minnetonka, Minnesota, Matt Villella of Concrete Science in nearby Corcoran was approached by his client’s neighbor and complimented on a job well done. As luck would have it, during the conversation the man asked if Villella did epoxy work. He said yes and the talk turned to something the man had always wanted: a wall-to-wall penny floor.

“After the client got over the price” — these floors tend to cost a pretty penny as they are extremely labor intensive — “he hired us to do the project in his home office,” Villella says. The project, which involved just over 44,000 coins, was laid out by four installers. “Together, they glued down 2,500 pennies per hour,” he says.

Before putting the pennies in rows, a base coat of E100-PT4 tan pigmented epoxy from Elite Crete was applied, he says, adding that you can also use a black-tinted epoxy and get good results. Next, his crew used a Loctite glue product to adhere the pennies to the floor. 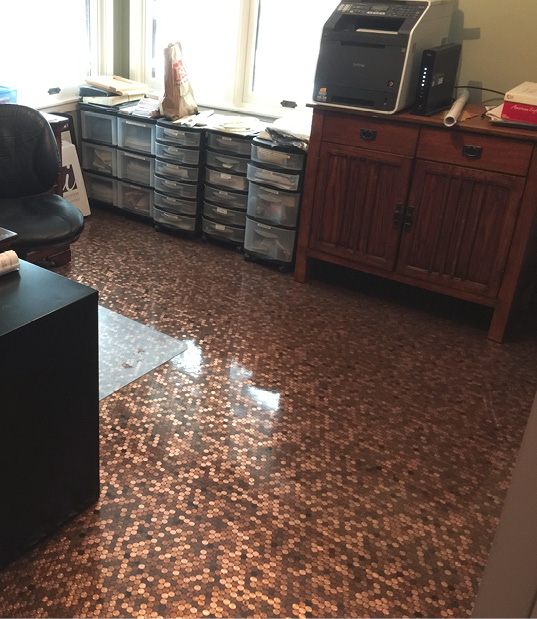 After they were glued down, they flooded the floor with E100-PT1 crystal clear epoxy from Elite Crete. As a final step, they applied a protective clear coat of Spartic-All, a polyaspartic also from Elite Crete, that was treated with aluminum oxide to boost its abrasion resistance.

Villella says he went to the bank to get that many pennies, which tended to be all shiny and new. “That’s the bulk of what is needed to do the job but a variety of old tarnished pennies is also needed to get the right patina look,” he says.

So he filled several 5-gallon water cooler bottles with water and mixed each one with a set amount of acid, so that the ratio was varied. Then he tossed some pennies in each bottle and let them sit in the mixture until the desired tarnish was achieved. 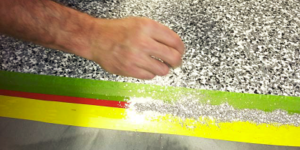 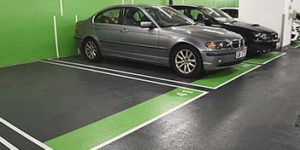