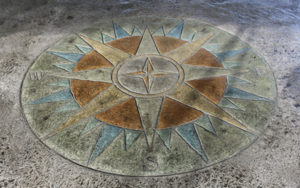 Hardly lingering shyly on the sidelines is yet another technology: Dyes — both acetone- and water-based.

Each technology is distinctly different, and each offers its own advantages and disadvantages. The main things to know are that surface prep is different, particularly between acid and water-based stains, and that using the right sealant for the application is a must.

While their attributes are making water-based stains an attractive option for many jobs, both suppliers and contractors say one of their best uses is complementing acid-based applications by covering holidays (bare spots) and providing highlights and depth to acid-stained surfaces.

On the up and up

Just how popular water-based stains are is somewhat open to debate. However, just about everyone agrees their use is on the upswing.

“We added them nine or 10 years ago, but they’ve probably become pretty popular in the last three or four years,” says Tyler Irwin of the Oceanside, California-based Proline Concrete Tools Inc. “With our international stain sales, I’d estimate sales as about 60 percent acid to 40 percent water-based stains, but in the United States I’d probably flip those numbers. Water-based has become dominant over acid.”

“Acid stains are still extremely popular for us,” Reynolds says. “Brickform sells probably at least three times as much acid stain as we do water-based. However, they’re coming up in popularity and competing more and more with the acid stains.”

“In coastal California, you can’t even put acid stains on your shelf anymore,” Brunner says. “There’s the corrosive nature of it, and once you’ve neutralized an acid, the water you’ve used to neutralize is considered a hazardous waste.”

Still, in one respect water-based stains aren’t that much different from acid stains. Surface preparation is critical with all products — just different.

While having a clean surface is the key to applying acid stains, when it comes to water-based products Brickform’s Reynolds says it’s critical to know your concrete. While a broom-finished slab will easily take a water-based stain, that isn’t true with other finishes.

“If I have a hard-troweled floor, I’ve got to try a number of things,” he says. “Whether it’s acid-etching or potentially grinding the floor, it has to be opened up enough to get a water-based stain to penetrate properly.”

Rick Ogden, owner of Rick Ogden Construction in Pryor, Oklahoma, and a long-time user of water-based stains, agrees that preparing the floor correctly is key. Regardless of the product, though, he says it’s critical to follow directions.

“I use Smith’s stains a lot, and they’re really good stains. But you’d better follow their instructions to the letter,” he says. “I’ve also learned not to shortcut things. When it says to let it dry 24 hours, you let it dry for 24 hours.”

Because of their broad color range (everything from earth tones to pastels), their ability to be applied full-strength or diluted to achieve different looks, and their reliability, water-based stains are often compared to acetone dyes, which are also growing in popularity.

Tim Frazier, training and tech adviser for The Stamp Store based in Oklahoma City, explains that acetone dyes originally came from the polishing side of the industry. Brickform’s Reynolds adds that a dye uses a soluble pigment different from those used in water-based stains, which are not soluble.

“I like to layer my colors,” he says. “I can start with a lighter color and then go darker. This creates a nice piece of art with water-based stains. With a dye you’re not going to get that much control.”

It’s that layering ability that makes water-based stains a real complement to acid stains. Many manufacturers make the same color in both formulations. This makes it possible to correct problems with an acid stain using a water-based application. However, Reynolds says that Brickform is also offering more dye colors that match acid stains for that same purpose

“Contractors will have problematic areas where there was a surface contaminant that didn’t stain,” says Eric Hamlin, owner of The Stain Store in San Antonio, Texas. “They’ll highlight that with a smaller amount of the water-based stain so they’re not stacking. They can also do a two-tone depth that looks nice.”

Correcting ability is a plus

Both Smith’s Brunner and Cory Huber, owner of Huber Custom Coatings in Quincy, Illinois, say the water-based stains are great for making all kinds of corrections, including when an acid stain doesn’t produce quite the color expected.

“You have those times where you should have used more acid stain or you have to fill in the blanks,” says Huber. “That’s where a cup gun and an air compressor come in handy. You can really control where the color is going and put it down in lighter lifts.”

That’s not to say that surface prep isn’t important with the water-based products, too. If anything, Huber says he’s paying more attention to that than in the past. Evening out the stain between applications with a microfiber mop.

Unlike both acid and water-based stains, acetone dyes lack UV stability, which limits the locations in which they can be used. However, says Hamlin, that’s changing.

“They’ve come out with UV-stable versions over the past few years,” he says. “The main thing with acetone dyes is to follow their guidelines for use and prep before you do the work. You can still have issues, but I like acetone dyes if the installer does it right.”

Sealing is the secret

The secret to success with any of these products to use the best sealant for the job, says The Stamp Store’s Frazier.

“Proper preparation and then maintenance are really the keys to everything. Your durability depends on your maintenance and wear,” he says. “The type of protectant sealant you put on top is going to determine the wear. It all depends on what your expectations are.”

Of course, that requires information, and Ogden says there’s probably nothing more important that his fellow contractors can do than get the right information from the manufacturers and suppliers before they start any job.

“The products are only as good as the user,” he says. For those who take the time to learn about water-based products, the results can be first-rate though.

“I think contractors are putting it on everything from rockscapes to verticals and even horizontals,” Brunner says. “I’m always amazed at the pictures we get in. Just because they’re a little more dependable, I think water-based systems have found a home in this industry.” 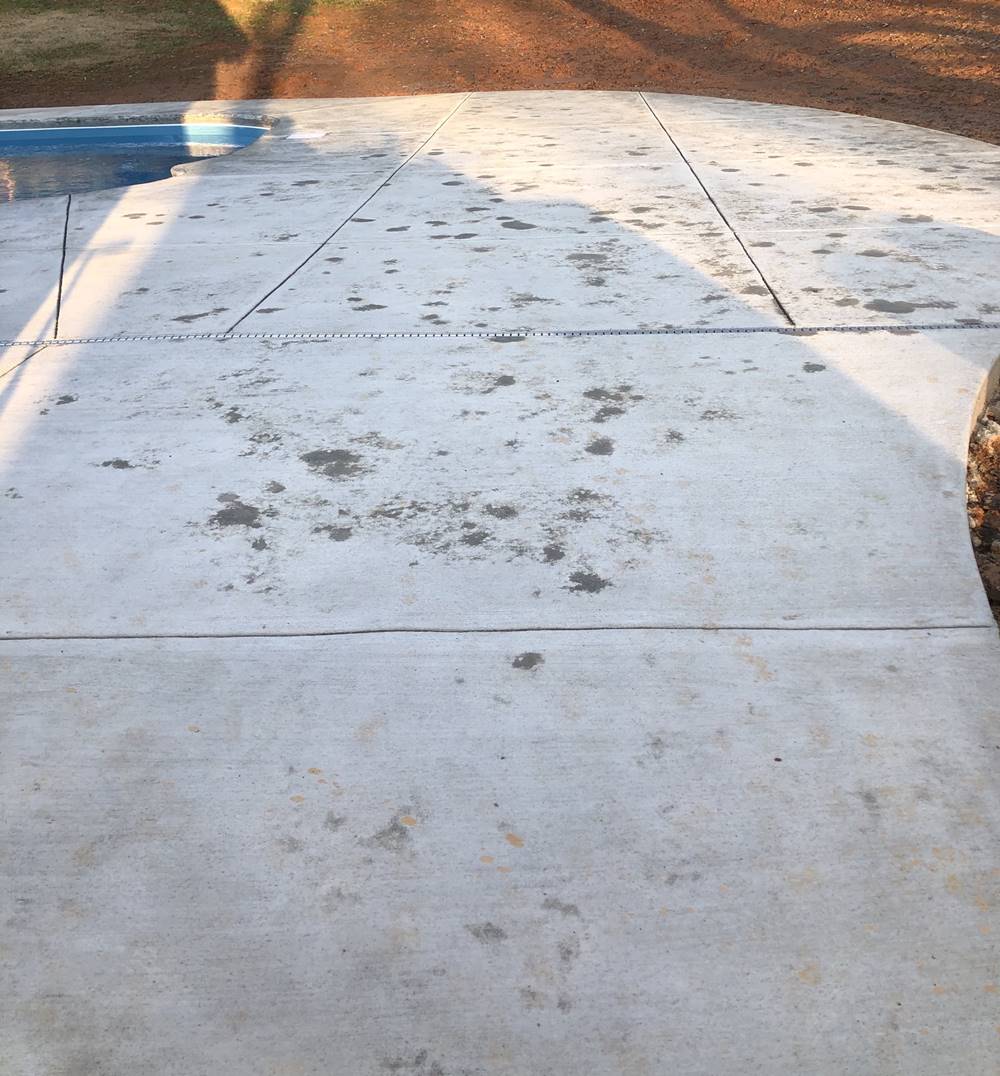 We have a brand-new concrete pool deck. The mix had calcium chloride in it and the entire deck has black spots. Will a solid water-based stain work on these stains?

The answer is yes… a water-based color stain will work to mask the irregularities. The only problem is that it may need 3 coats to completely hide it. At that point it will begin to look painted.

Possibly use a light acid wash with what we call a non-acid to help lighten the spots prior to coloring. Also this will relieve any surface contamination expelled by the slab.

The concrete should be fully cured at no less than 28 days since the pour.

Apply color stain with a broom application brush and only work within the expansion joints (one section at a time). That way the color doesn’t get away from you.

Apply the stain in the same direction as the broom finish.

Apply the sealer the same way. Do not overapply while working the materials in. 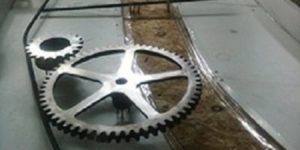 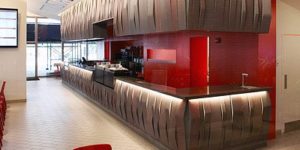 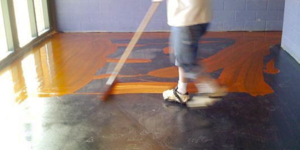 Achieving the Look of Acid Stain With a Water-based Alternative