Greyrock Concrete Design owner Steve Gartner has come a long way from when he got into the business “by accident” after fabricating and installing his own countertops. He’s now doing dozens of jobs within a few hours’ drive of his Fort Collins, Colorado, studio. His knowledge and talent have grown significantly, too.

“I started out by being a DIYer,” Gartner explains. “My wife and I were doing a kitchen remodel and ran out of money so we had to figure out how to do the countertops on our own.” 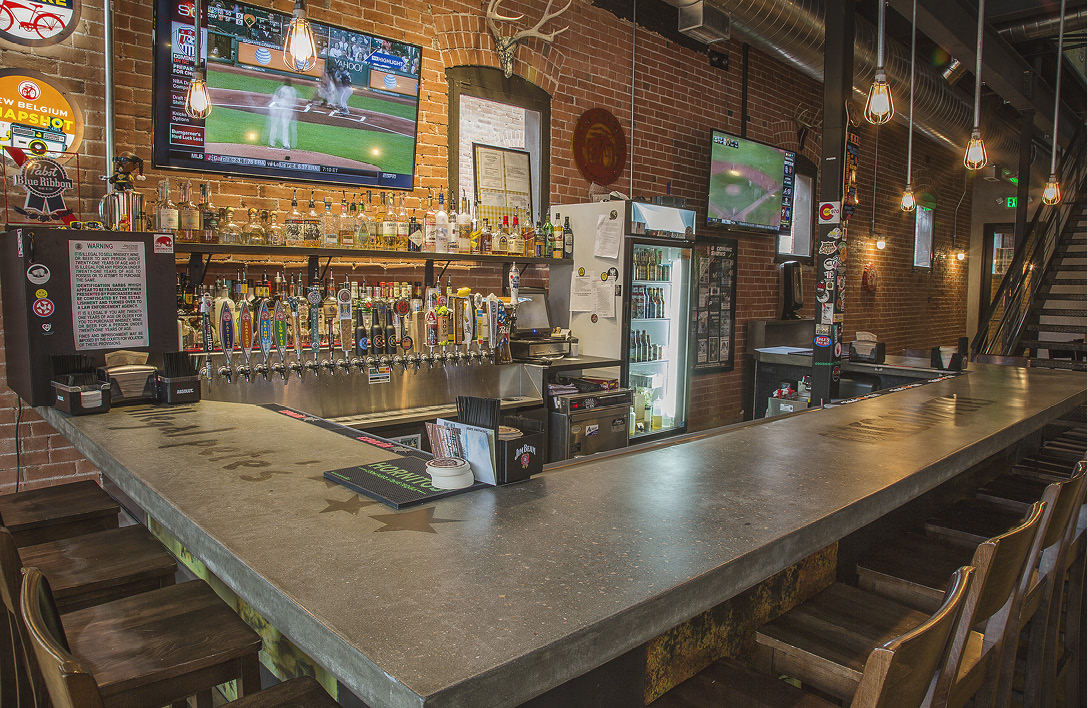 At the time, Gartner was a construction manager for a residential home builder. Someone had mentioned that countertop legend Fu-Tung Cheng had easy-to-follow instructions, and that countertops were easy. That person was right about one thing: Cheng’s book had good instructions. But installing concrete countertops is not exactly easy. 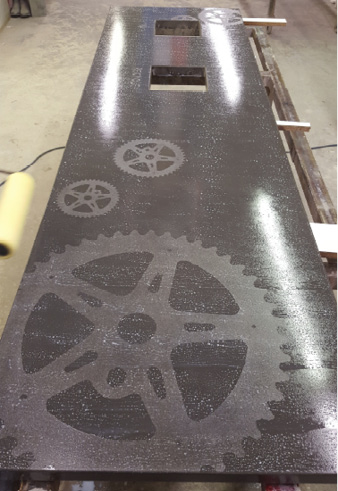 “We fumbled through that countertop book and made our own and they turned out pretty good,” says Gartner. “And I said I would never do it again!” 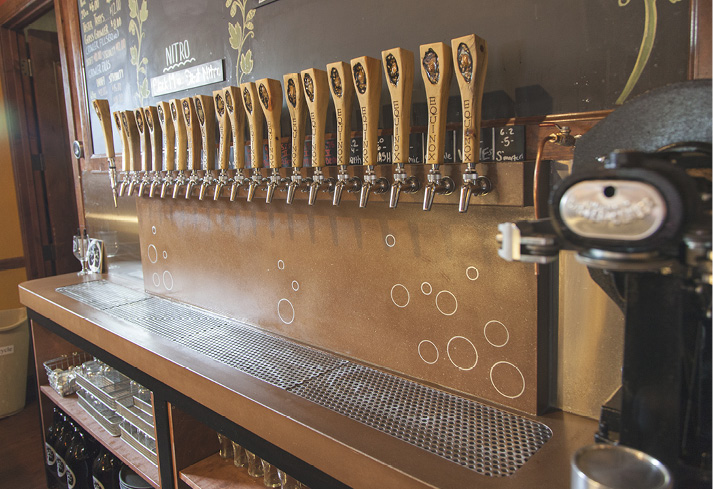 And you can guess how the rest of that story goes. A couple of years later, in 2007, a residential developer wanted concrete countertops, and although Gartner had only limited experience, it was more than anyone else had in the area. “They hired me to do countertops for them and that’s where it all started,” he recalls. 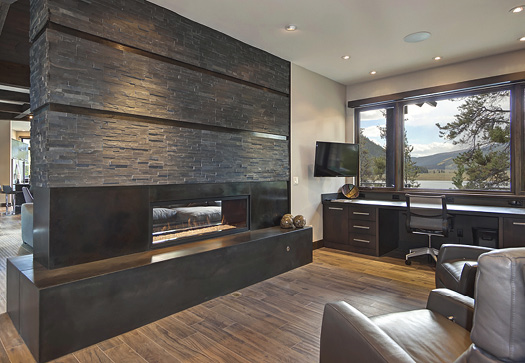 In 2007, the construction industry was taking a serious hit. Gartner, now 42, went to school for construction management and was seeing his educated colleagues drop out with no job prospects. “I thought if you can hold on to anything right now it’s a niche market and, if the whole thing bounces back, at least with the countertops you’ve got a niche to go with,” he says.

When Steve and his wife, Inger Gartner, first started the company, he says they were “practically giving their services away” to friends and family to build up experience and a portfolio.

“There just was no market for it at the time,” he says. “After about a year we started charging appropriately for our services and we were able to get some local businesses on board by showing them what we had done.” 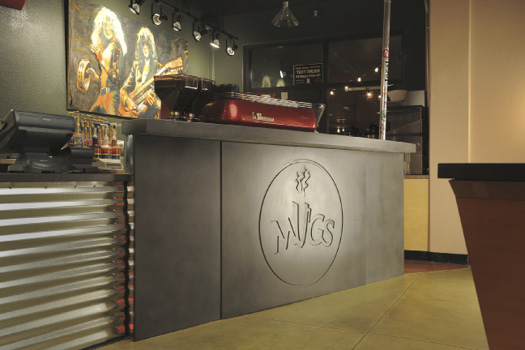 One of the Gartners’ first major projects was a white concrete bar top for a local craft beer bar. The other connection they made was through real estate agents who were flipping houses. “We were trying to make anything out of concrete,” he says. “Sinks, countertops, whatever.” They’d say yes and then figure out how to do it. 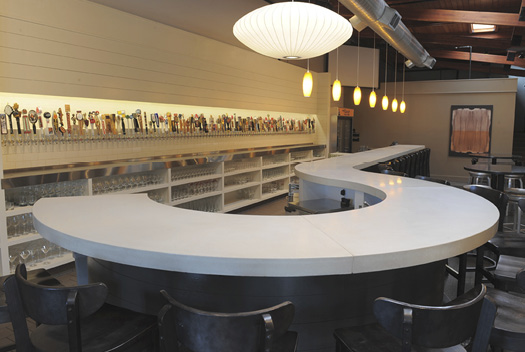 “We had no guidelines or anything other than our construction background so if it didn’t work we just tried something else.”

In 2013 the company grew large enough to move into a 3,000-square-foot shop. At that point, they realized they could do much larger projects than bar tops, including precast outdoor living items and large fireplace surrounds. 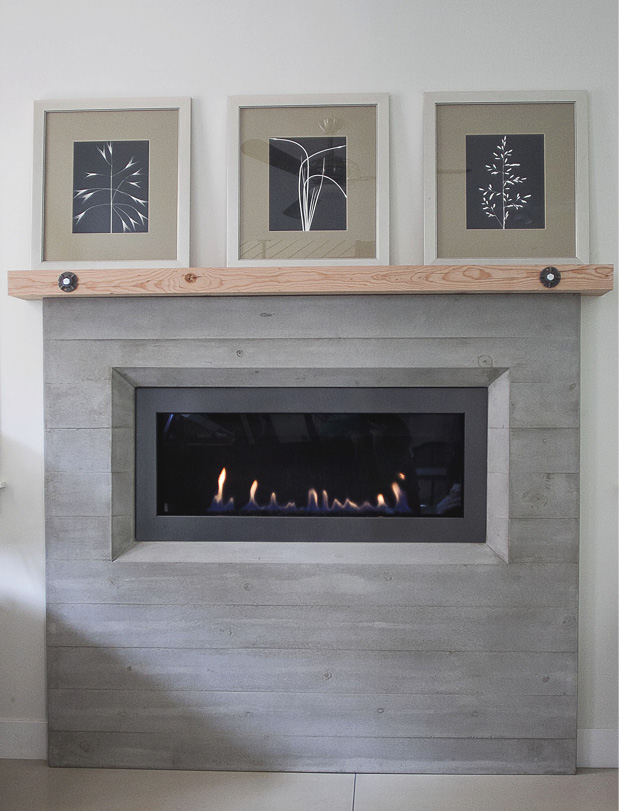 Where Gartner’s business is located, near the mountains of Colorado, people often want large hearths for fireplaces. Most times, his clients request a large hearth but don’t know what they want it to look like or what’s involved with installing one.

“People have a concept in mind and sometimes a drawing, but they don’t understand structurally how to make it float, or even what the possibilities are,” he says. “We have to figure out what to do, how to produce it and then actually do it.” 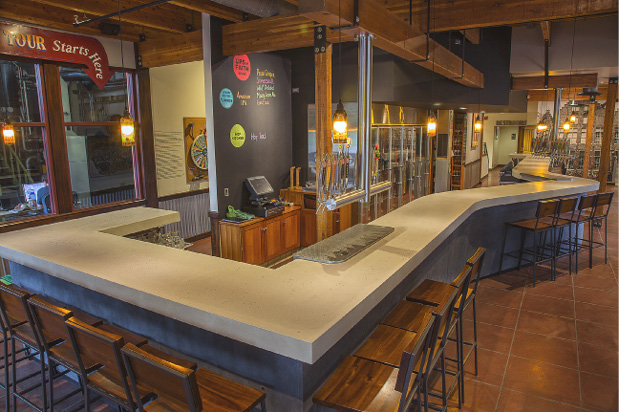 One for the books

Now that his skills have caught up with his creativity, “Every day is like Christmas,” Gartner says. “It’s super rewarding to have successes and really challenging to have failures. It makes you addicted, even to the stuff that comes out poorly because you’re immediately challenged to try and figure out how to do it.” 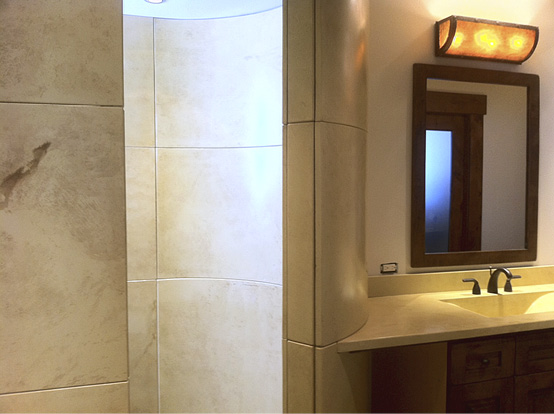 One of the most challenging jobs he’s done, and the one he’s most proud of, involved a master bathroom shower for a high-end client in Jackson, Wyoming. “I don’t know if we’ll ever do a project that was harder than that,” Gartner says. “I almost still can’t believe we pulled it off.”

The job, which was chronicled in Concrete Decor’s October 2012 issue, involved a rounded, barrel-shaped shower that was panelized. One option would have been to spray and trowel the concrete, but that’s not the look the client wanted. 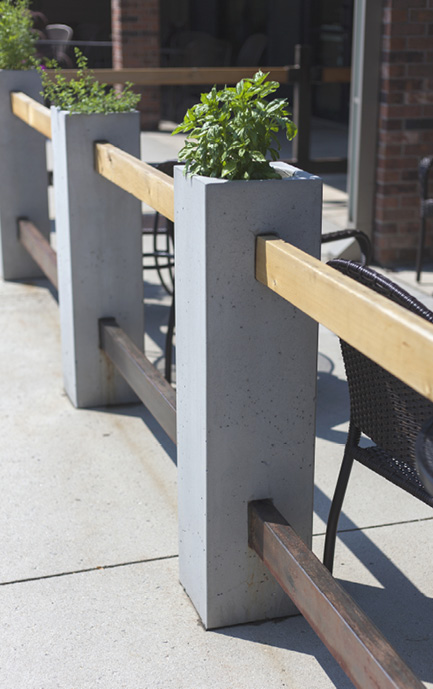 Instead, not truly understanding how difficult it would be to make 30, 1 inch-thick GFRC panels, transport them eight hours away and install them, Gartner’s team built forms for curved panels that resembled skateboard ramps, using a 2-by-4 framework, Masonite substrate and a melamine casting surface.

Each mold was more than 8 feet tall and divided into three panels. They pulled it off “almost flawlessly,” he says, but he wouldn’t attempt a job like that again for less than three times what he charged at the time. 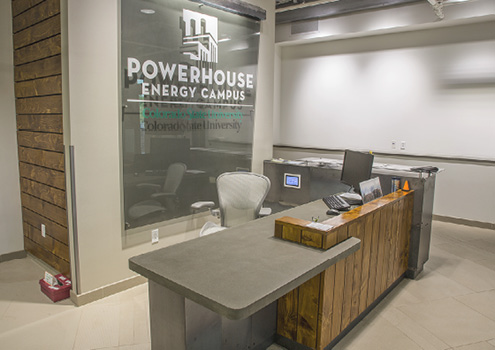 Now, Gartner’s team is working on a project about four hours away from his shop in Snowmass, near Aspen, to install large fireplace hearths in 30 condo units. The project is unique to Gartner because it’s the first time the panels are so large that they must be installed before the doors and windows go in. The one-piece panels vary in length up to 18 feet long. 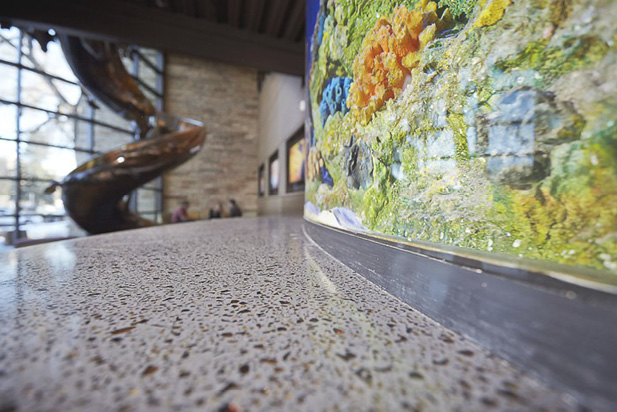 The architect specified each unit to have a different hearth. Gartner and the contractor are trying to work out a way to make more of the units the same, to decrease the cost and the work involved on the project. “It’s a lot of logistics and timing,” he says.

Each year Greyrock Concrete Design’s client base is growing, and Gartner feels he’s assembled the best team he’s had yet. “We’ve gone from two people to 10 and down again to figure out the right formula, and we have a good formula now,” he says.

“Every year more people are learning about us and when people come to me and say, ‘This is what we’re thinking. Can you do it?’ most of the time the answer is yes. It’s fun for people to come to us with an idea that we then design rather than just saying, ‘We’ll take that one.’ Our confidence has always been there but now the ability to pull it off is there as well.” 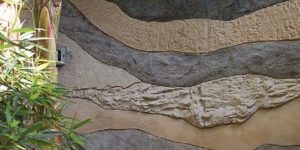