If you’re new to sawing concrete, or if your business only requires you to do the work occasionally, you might want to acquaint yourself with the Blade Application Code for Diamond Saw Blades from the Concrete Sawing and Drilling Association based in St. Petersburg, Florida.

Patrick O’Brien, CSDA’s executive director, says the code, which is posted on its website, is to help people match the right saw blade to a job.

“It makes such a huge difference to be able to use the right saw blade,” O’Brien says. “If you have a blade for green concrete and you’re using it to cut cured concrete, it’s just not going to work very well. It’s the same if you have a wet blade and you’re trying to cut dry.”

The code identifies blades by three separate specifications. The first letter indicates whether it’s designed for a wet or dry application. The second is to show the material it will cut: cured concrete, green concrete, asphalt, brick block or tile.

“The third letter identifies what type of saw it’s for: flat saw, wall saw or masonry saw,” he says. “The goal is for somebody to be able to look at the blade and be able to figure out whether it is or isn’t going to work for them.”

O’Brien adds that almost all the blade manufacturers who are CSDA members got together on developing the code, which pulls together previously available information that they supply to those who inquire. The advantage to the code is that it gathers the information in one place.

He sees it as being particularly useful for the contractor who occasionally needs to cut 20 feet of concrete and goes to a rental house to get a saw for the day.

“They give them a blade, or they may have to buy a blade, but they don’t know what to buy,” O’Brien says. “Then, the guy may be out there forever because it’s just not cutting because the bond is too hard or too soft, or it’s for the wrong application.”

Those in the industry agree that at this point not enough people know about the Concrete Blade Codes — but they should.

“Especially if you’re going to a distributor and purchasing a blade. They might not have as much information on the blade as the manufacturer does,” says Bryan Jones of Olathe, Kansas-based Husqvarna. “With the codes, you can at least look at each blade, and know exactly what it’s supposed to be cutting.” 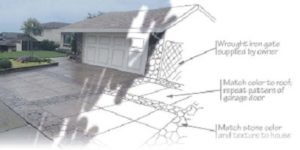 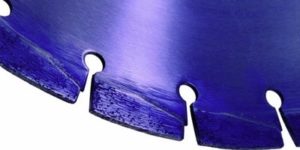 Take the Guesswork Out of Selecting Diamond Blades