In an effort to help contractors resolve moisture-related problems in concrete, Wagner Meters and Tramex are introducing new monitoring devices to track and document relative humidity and temperatures at a job site. Wagner Meters’ device, the Smart Logger, debuted in early April while Tramex’s product, FeedBack, is slated to launch in the very near future.

Both data loggers use Bluetooth technology and an app that works with Apple or Android smart devices. You can download either app for free from the Apple App Store or Google Play. The actual devices must be purchased.

Smart Logger works while you’re away
Wagner Meters, headquartered in Rogue River, Oregon, has designed a lightweight 2-inch-square monitoring device that connects to its Smart Logger app using the latest Bluetooth 4.0 technology. The app lets you record and transmit ambient relative humidity and temperature, and send data reports via email directly from the job site.

The monitoring device can be installed on a wall or in an out-of-the-way location at a job site. “It can collect information on ambient conditions on a job site before, during or post-installation,” says Jason Spangler, flooring division sales manager for Wagner Meters. “You can leave it on a job to record the data so you don’t have to think about it.”

When you do return, simply use the app to download the data to your mobile device and send a report to the general contractor or client.

The Smart Logger is a handy device for residential and commercial installation professionals who work on projects that require exacting conditions when it comes to temperature and relative humidity. “It enables them to determine whether or not job site conditions are right for a successful installation,” Spangler says.

With the Smart Logger, users can collect and store up to 12,000 readings of ambient temperature and relative humidity conditions for up to 300 days.

The Smart Logger can be purchased online in single packs, five packs and 20 packs.

FeedBack lets you create and export spreadsheets, charts and reports
FeedBack, designed and developed by Kilmacanogue, Ireland-based Tramex, can log up to 100,000 data point entries for relative humidity, temperature, dew point and grains per pound. The information is transmitted wirelessly via Bluetooth BLE technology. The logging interval rate can be adjusted to record readings between five minutes and one hour.

“This device can monitor the conditions of the environment before contractors begin the work,” says Kelvin Rynhart, sales manager for Tramex, as well as during the job. “They can see what humidity conditions have been in the building to make sure they don’t go near the condensation point.”

“It’s important to know how much moisture is in the air,” Rynhart says. “It can mean the difference between failure and a successful install.”

Measuring about 4-by-3½ inches, the device is powered by one AA battery and is capable of connectivity up to 50 feet for data downloads. It comes with a wall mount and tripod but can also be operated handheld. 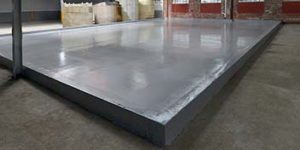 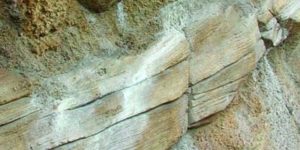