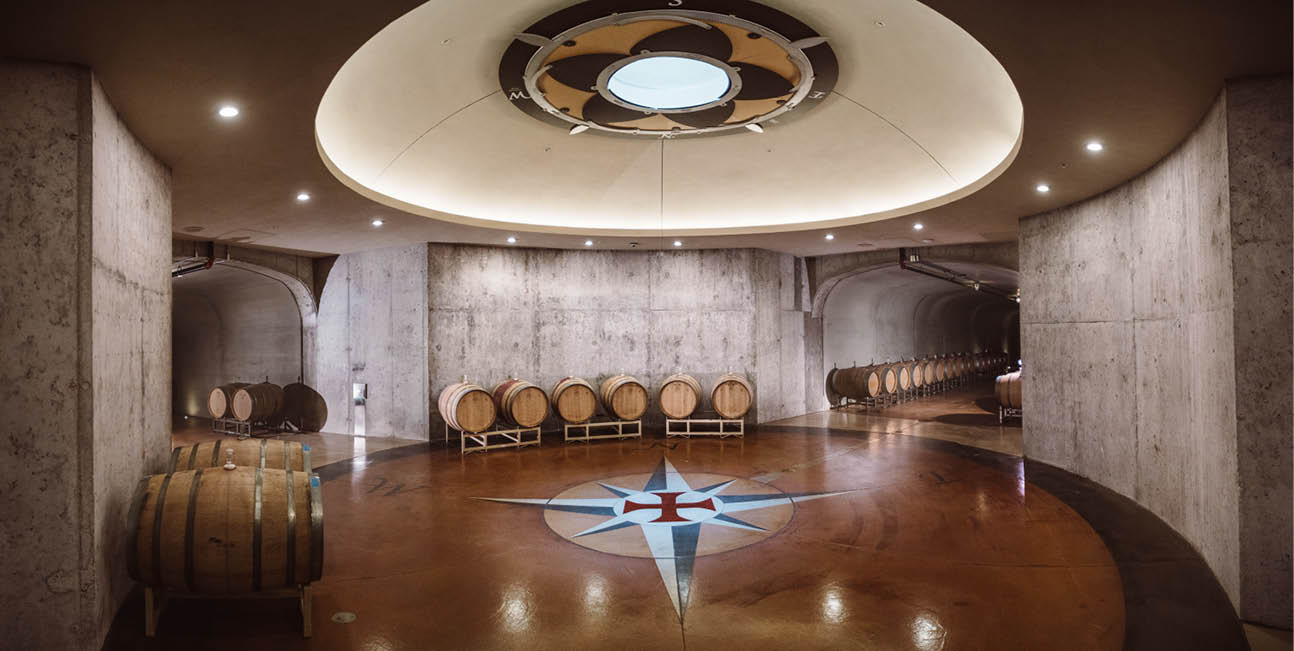 In the heart of northern Michigan wine country near Traverse City, Mari Vineyards opened for business in May 2016. The 31,000-square-foot facility was equipped with the usual amenities of a first-rate winery as well as an extensive underground barrel-aging area that has the qualities of a cave. Although wine caves date back to the 1860s in California wine country, this one was unique to northern Michigan in more ways than one. Not only was it the region’s first but it was built like no other wine cave before.

To create a cave-like atmosphere, the development team, led by Lionel A. Thomas II of Pegasus Holdings and Land Development, nixed the idea of using shotcrete — a spray-applied concrete strengthened with fibers, mesh or rebar. Instead, they contacted Contech Engineered Systems about the feasibility of using a precast modular system typically used to build bridges. 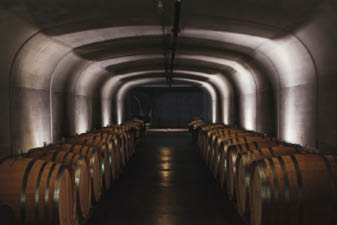 Using 264 feet of 16-by-11-foot precast pieces from the Con/Span B-Series Bridge System, the team installed three separate caves that meet in the middle where an overhead oculus lets natural light shine into the caverns. At depths ranging between 10 and 25 feet below the surface, the manmade caves naturally maintain a consistent temperature between 55 and 60 degrees F and a high humidity, an ideal combination for making and storing wine.

At 16 feet wide, the arches offer plenty of room for stacked wine storage on either side which leaves a center row wide enough for equipment to maneuver the barrels as needed. There is also an area in the hallway that leads into the wings of the cave where the winery holds private tastings and other events.

Developer Thomas marvels at the results he achieved with the bridge system used to construct the caves, calling it “an incredible product, a must-see in the flesh!”

For the finishing touch below the oculus, James Holbrook of The Concrete Artisans in Traverse City used a polymer overlay from Elite Crete Systems for the floor, which includes a compass rose. 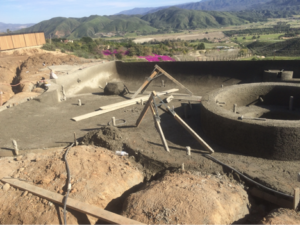 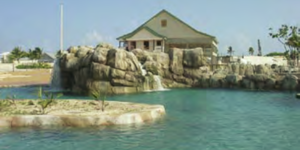