Okay, so now you’re sold on this new color technology but don’t know of any ready mix plants in your area that have the proper equipment to produce integral colors. What’s a contractor to do?

According to Bart Sacco of Concrete Texturing Tool and Supply — a training center and supply house for decorative concrete tools, supplies and products based in Throop, Pa. — get in touch with someone like him. He owns a ColorSelect liquid dispensing system from Solomon Colors and ships buckets of pigment nationwide to contractors and ready mix plants alike.

“We have the ability to match any color from any major manufacturer’s color chart,” says Sacco, who’s been operating the new equipment since last April. “We package to suit individual orders.

For instance, he says, if you’re pouring 5 cubic yards one day and 3 the next, he’ll package the pigment accordingly. “But we usually don’t package higher than 5 gallons because the pails get too heavy,” he adds. On average, a bucket of pigment with a 1 percent loading dose weighs anywhere from 8 to 12 pounds. Two percent would double that weight and so on.

Sacco, who has white as his fifth color to offer his patrons a wider selection, says his buckets of color have an indefinite shelf life. “If they freeze, let them thaw, re-agitate and add to the mix. And you’re good to go.” 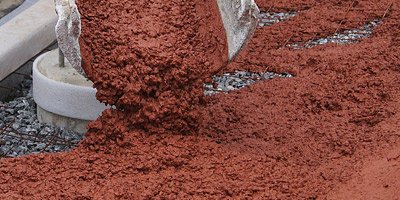 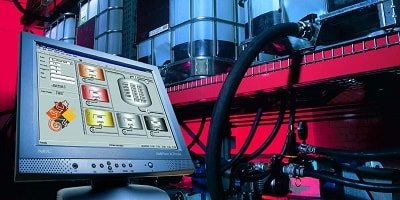 Computerized systems make integral color to your concrete as easy as 1, 2, 3.