Buddy Rhodes Studio
Based in San Francisco, Buddy Rhodes has built a successful business around the artistic side of decorative concrete. He produces indoor and outdoor floor tiles, pre-cast counters for kitchen and bath, sinks and tubs, surrounds, and unique architectural elements ranging from colorful spheres to outdoor benches and tables. A former potter who switched to concrete more than 20 years ago, Rhodes’ pieces capitalize on concrete’s strength and versatility while still reflecting the earthy, handmade quality of pottery.

Rhodes uses his own concrete mix — which he also sells to contractors — to create hollow three-dimensional pieces. The water/cement ratio is about one part water to 10 parts mix. “The mix is very plastic, very claylike,” Rhodes says. “It can be pushed up on the inside of a mold and it will stick there.” The concrete is colored with integral color.

Molds are made from plaster, melamine or fiberglass. To create a sphere planter, for example, Rhodes first makes a “plaster positive,” starting with an open framework with wire mesh over it, using perlited plaster for the first layer to build it up and then using casting plaster to finish it. The form is mounted on an axis, and after each layer is applied it is spun around a semicircular screed. “It’s similar to making a clay pot,” Rhodes says. Once the positive form is complete, it is used to make a fiberglass two-part mold.

Then it’s time to start packing in the concrete and working it up the walls of the mold. Someone actually gets inside the sphere to do the packing. First comes a pastry layer, 1⁄2" to 3⁄4" thick, then a layer of expanded galvanized steel diamond mesh. This is followed by a wetter, 3⁄4" layer of cement that works itself into the holes of the mesh.

After the concrete comes out of the mold, it is troweled over to produce a varied surface color and texture.

At this point, Rhodes takes advantage of natural veins in the concrete to add additional colors, using three to four colors of cement (mixing white cement with liquid colors) and making a “cream cheese” paste which he swipes over the holes. Then he polishes the surface, bringing it down about 1⁄32" to reveal a little bit of the aggregate.

For planters and other outdoor objects, he generally seals with Glaze ‘N Seal, an acrylic sealer. Lacquer sealers are his choice for countertops because they give the surface a wet look and bring out the color.

Over the years, Rhodes has done an enormous amount of experimenting with mixes, colors and techniques. “There was a lot of trial and error,” he says. “That was half the fun of it.”

His business has grown through word-of-mouth, magazine articles and by sending samples of his work to architects. He now offers his own line of products, including his proprietary counter mix, liquid colors, extruded edge forms and sealers. 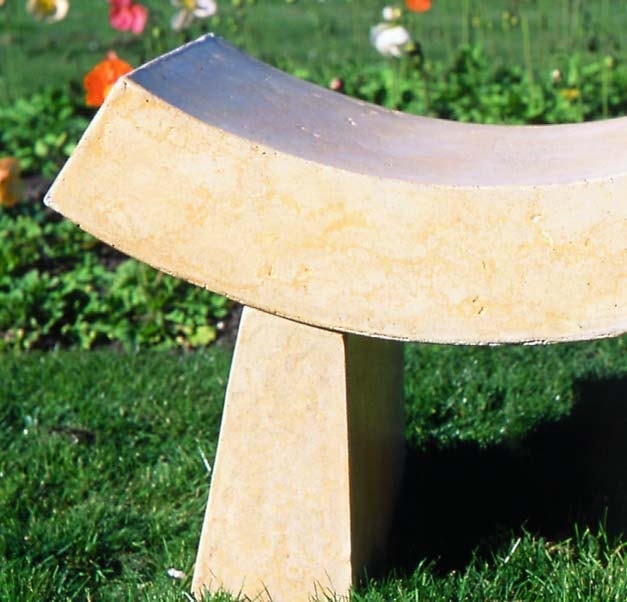 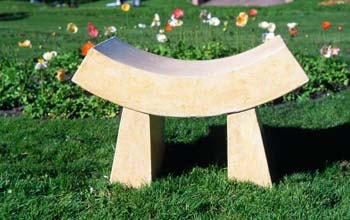