The question of architectural concrete’s durability has finally been answered.

A review published earlier this year by the Portland Cement Association documents the performance of 60 typical architectural finishes after 40 years of exposure in the relatively severe Chicago-area climate. Most weathered extremely well, with 93 percent of the panels receiving an “excellent” or “good” rating.

The panels were constructed in the early 1960s at the PCA Research & Development Laboratories in Skokie, Ill., and assembled into a circular outdoor display that was unofficially referred to as the “PCA Stonehenge.” The display was for a study that dealt with decorative surface treatments. It described and illustrated methods of obtaining attractive finishes on both precast and cast-in-place concrete. Many of the techniques remain viable today. 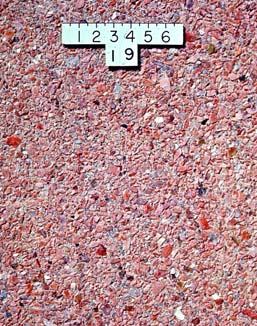 The panel project was dismantled in 2001 to allow for development of the property, but before removal, the fourdecade- old panels were inspected and photographed before and after a thorough power-wash cleaning. The panels were assigned a performance rating of “excellent,” “good,” “fair” or “poor” both before and after cleaning.

All 60 panels in the study were considered durable and structurally sound. Most surfaces also were sound and their appearance relatively unchanged. A slight etching or “softening” of the sharper edges was noticeable on some surfaces, but this was not severe. Though some panels looked better after cleaning, many of them exhibited only minor staining from dirt and pollution sources, and some panels looked about the same as they did when constructed 40 years ago. 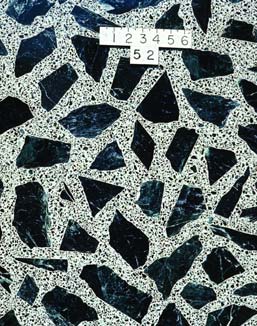 The collection of 60 panels, each measuring 5 feet by 3 feet by 4 inches, was built to demonstrate seven production procedures popular at the time.

Section 1. Horizontally Precast Exposed-Aggregate Panels: In this technique the bottom of the forms are coated with a chemical retarder to expose a colorful aggregate in the concrete cast against that surface. This is the most commonly used technique in the precast industry.

The results: Of 18 panels, 12 were rated excellent, five good, and one fair. The panel rated fair contained a pink marble that faded, was not as white as was cast 40 years ago, and had dirt streaks still evident after cleaning. In another case where a panel contained a blue pigment in the facing mixture, fading took place. 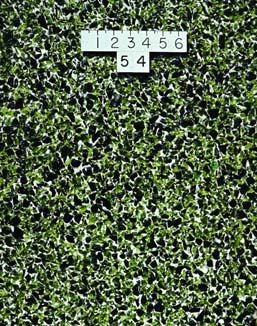 Section 2. Horizontally Precast Panels using Form Liners of Rubber, Plastic and Wood: Today, most of these textures would be produced with plastic or elastomeric form liners.

The results: Of 13 panels, three were rated excellent and 10 were rated good. The textures were still sharp after 40 years of weathering, but some minor paste erosion took place on surfaces that were originally cast smooth. There was minor spalling on a few panels, but this was attributed to the power-washing process.

Section 3. Horizontally Precast Exposed-Aggregate Panels using Sand- Bedding Techniques: When architectural qualities of boldness and massiveness are desired in exposedaggregate walls, stones ranging in size from 1 inch to 8 inches in diameter can be used with this technique. Also, flagstone can be sand-bedded to produce stone-faced wall panels.

The results: Of four panels, two were rated excellent and two were rated good. Two panels experienced debonding of a few embedded aggregates. It was evident that these stones were not embedded deep enough in the sand before casting. 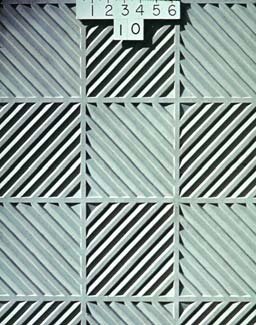 Section 4. Integrally Colored Precast Panels. The results: The four integrally colored panels did not weather well. One panel was rated fair, while the other three were rated poor. The fair panel was made with a yellow iron oxide pigment and still retained some of its yellow color after 40 years of weathering, but the other three (black, green, and blue) faded to gray or tones of gray.

Section 5. Other Horizontally Precast Panels using Sandblasting, Bushhammering, Grinding and Polishing, and Surface-Bonded Sheeting.The results: The eight panels in this section were used to explore other production and surface-finishing techniques. Five were rated excellent and three were good. The four panels treated with a light sandblasting were all rated excellent. The bush-hammered panel was rated good. Of the two panels finished by grinding and polishing, one was rated excellent and the other good. It was found that to achieve a high polish on the matrix section of the surface, the concrete must be of high strength and well cured. The marble tiles used in one of these panels were still shiny after 40 years of weathering.

Section 6. Vertically Cast-in-Place Exposed-Aggregate Panels using Prepacked-Aggregate Concrete: In this technique, the aggregate can be carefully placed against the sides of the forms to get a uniform, dense, exposed aggregate surface in the finished wall. Water and external vibration are used to densely pack the aggregate in the form. Then, the panel is grouted from the bottom up with a cement-sandwater slurry mixture that replaces the water in the voids of the aggregate.

The results: Over the years the paste turned dark on all four panels, but they all cleaned up very well. 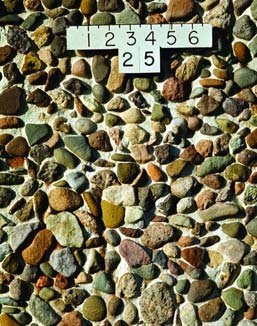 Section 7. Vertically Cast-in-Place Exposed-Aggregate Panels using Gap- Graded Aggregate Concrete: With this method, a gap in the gradation of the aggregate is created so that the texture in the finished wall shows predominately one size of coarse aggregate.

The results: Four panels were rated excellent and one good. While the bushhammered panel was rated good, it was not considered attractive because of the excess space between coarse aggregate particles, a function of the mixture design procedure, which is critical with gap-graded aggregate concrete.

The panels weren’t the only concrete items examined at the checkup after 40 years of weathering. The pea-gravel exposed aggregate walkway and 120 white cement concrete posts supporting the panels were also inspected, although they were not specifically part of the study. The walkway, used by thousands of visitors over the years, behaved very well with no loss of surface facing aggregate, and it cleaned up well. The white concrete posts, which were originally cast with smooth surfaces, experienced a slight erosion of surface paste, possibly due to acid rain. However, this improved rather than detracted from their appearance, resulting in an attractive white exposed-aggregate finish. 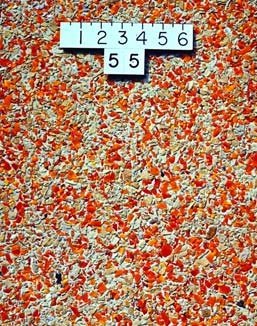 The conclusion: Concrete for exterior walls is aesthetically pleasing, durable and retains its original appearance, even after decades of exposure in an often harsh North American climate. And concrete requires very little maintenance, proof that architectural concrete is costeffective over the long term.

For more information or to obtain a copy of “Performance of Architectural Concrete Panels in the PCA Outdoor Display,” a report co-written by the author of this article, visit www.cement.org. 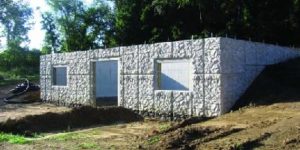 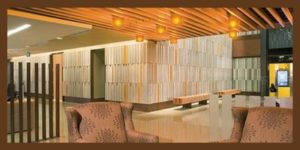