Unless you live in sunny vacationland, you need something to relieve the stress when you work with exterior concrete — a pressure release.

Fortunately, your ready-mix supplier is probably giving you the tiny bubbles you need to make you happy. That is, a structured air system created by air entraining agents, which are admixtures used when concrete will be subject to freeze-thaw cycles.

Freezing and thawing causes expanding and contracting of molecules. This creates pressure that needs a route to the surface, which can result in micro-cracks. Air entraining agents build a structure of bubbles that relieves that pressure. “It’s a whole network of escape valves,” says Sean Fallon, product manager for admixtures at The Euclid Chemical Co., one of several major manufacturers of air entrainers.

Freeze-thaw is not the only consideration. Contractors in many parts of the Western U.S. know that sulfates in soils and aggregates can cause expansion due to crystal formation. Air entraining agents help remedy this problem as well, again through the bubble structure.

Air entrainers have been around for more than 75 years. Back in the 1920s, the industry figured out that a good air entrainer could be made from resins refined from a wood rosin similar to the pine tar used on baseball bats.

In a sense, the resin does to concrete what dish soap does to water. (And just in case you know anybody who believes he can get air in concrete with soap, tell him you read it here that it can’t be done. How sudsy is dish soap in hard water?)

In recent years asphalt manufacturers began using the same resins, putting pressure on the supply. Chemical makers in turn developed synthetic alternatives, which are less expensive, but some sources say they are also less predictable.

Hitting the right percentage
Ready-mix plants in freeze-thaw regions usually produce most of their concrete with entrained air. The industry standard is 6 percent air content, but hitting a specified percentage of air is difficult because of the variables involved, so there is a leeway of 2 percent.

The reason for this, Euclid’s Fallon says, is the many variables that come into play when it comes to making bubbles. The surface tension of bubbles is affected by everything from the type of admixture to chemical variations in the aggregate to the relative smoothness of the mixer blades in each truck. With so many forces at work, there is no way to hit an exact percentage every time.

However, the suppliers of entraining agents know what works in their markets. “Every area will have a preferred air entrainer,” Fallon says.

If the truck arrives at the jobsite and the percentage of air is low, what do you do? Rather than send the truck back, Fritz-Pak offers a $3 fix. Air Plus is a premeasured admix, one sack per truck, to make corrections in the field. Each sack corrects by 0.5 to 1 percent.

Gabriel Ojeda, president of the Dallas-based admix producer, says that Air Plus, a Vinsol resin product, can also be used as a primary air entrainer on a truckload basis in Southern regions of the country where batch plants do not routinely entrain air. Super Air Plus, a more concentrated version, is suggested when material characteristics are less consistent.

There are a few exceptions to the 6 percent standard and they apply specifically to decorative concrete. Color hardeners and dry shake colors can create blistering at 6 percent air, says Chris Sullivan of QC Construction Products, Madera, Calif. He advised that if you are using color hardeners, tell the plant you need 4 percent air content. Air content can also be fine tuned downward with products like Fritz-Pak’s Air Minus.

Another conflict to be aware of is carbon black color agent. Carbon black will make it “difficult but not impossible” to get the air into the concrete, according to admix maker Grace Construction Products. Higher amounts of air entraining agents will probably be required because carbon black will interfere. Thomas G. Weil, the company’s manager of technical services, advises that when using integral colors, testing should be done before the use of air entraining agents to ensure that the color product does not affect air entrainment.

Choosing the right air entrainer
Because of the variables in local materials, admixture companies offer a wide range of entrainers, from natural to synthetic.

For example, Grace Construction Products, a business of W.R. Grace & Co., makes at least seven air entrainers. These agents are made either from one of three raw materials or from a blend of the three.

The two most common materials are tall oil and wood rosin. Grace’s Daravair 1000 and 1400 are made from wood rosins. The company’s Darex II is formulated with tall oil, and Darex AEA from a synthetic surfactant. Daravair AT60 and AT30 are a blend of wood rosin and tall oil.

Of those options, Weil says, wood rosins act the fastest, so if the concrete mixing cycle is short, such as in precast, Daravair 1000 or 1400 might be the better choice. Tall oils take more time to build air, so a job with a longer mixing time might use Darex II. “However, the concrete producer should always test before choosing the air entraining agent that will work best with its materials and production process,” Weil says.

Fallon at Euclid has similar advice. This company offers no less than 13 air entrainers. The higher grades contain Vinsol resin, which is a wood product obtained through the pulp-making process. Other mixtures use various modified resins or synthetics. Euclid offers entrainers in both dry and liquid form.

Fallon says regional sales representatives not only know the nature of local materials, but the mechanical characteristics of each batch plant that buys air entrainers. Some plants are more efficient at entraining air than others, he says, so each requires the right admix to create the right surface tension on the bubbles.

When it’s done right, the decorative concrete work will survive many a deep freeze, while hopefully the contractor who installed it has escaped to vacationland to sip something with tiny bubbles. 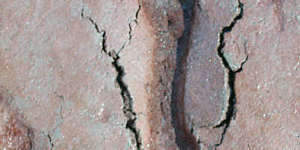 Get the Best Results with Concrete Admixtures 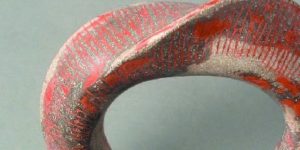 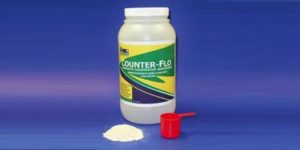