A manufacturer of eco-friendly products has created a soy-based concrete stain that represents more than just the opportunity to market a green building product. The penetrating stain offers the simplicity of acrylic topcoats with performance that is closer to acid etching.

Eco ProCote SoyCrete Architectural Soy Concrete Stain is the only professional-grade soy-based stain of its kind on the market, according to John Bennett, president of Eco-Safety Products LLC.

SoyCrete is an acid-free, non-toxic stain for interior and exterior porous surfaces such as concrete, brick, stucco, fiber cement and natural stone. It has been certified by major national and international programs such as the U.S. Green Building Council. It qualifies because it contains no acids, it does not react with surfaces, and it is VOC-free.

As a stain for hardened surfaces, it fits somewhere between acid etching and water-based acrylic topical coatings. It is applied topically, but as a completely penetrating stain it leaves no membrane on the surface.

This gives it characteristics more similar to acid-etched colorizing, which does not leave a surface that can be removed by wear or damage. "There is nothing topical to remove. It is all subsurface," Bennett says.

He said the product is essentially made up of three components. The first is the soy-based soy ester, which is an oil. The second is modified acrylic latex. The third is a vegetable-based pigment.

The result is something that has no odor, but penetrates the surface like an oil-based stain. Think of motor oil on a driveway, but in a good way. The semitransparent colors offer the variegated appearance that is common among water-based stains.

At $39.95 a gallon, it's not cheap, but the company markets it as an economical alternative to acid staining. Bennett says application takes about half the time, as does cleanup and waste disposal. There is less time and expense involved in handling the product as a hazardous material. If an applicator makes a mistake with SoyCrete, the product can be removed within four hours of application with soap, water and scrubbing, or a pressure washer. The excess does not need to be captured and disposed of as a hazardous material, but can be washed down a drain.

As for application, preparation is similar to that of a traditional concrete stain. The soy stain needs a clean, dry, open surface in which to penetrate. That means abrading or etching the surface. Eco-Safety also sells an alternative to acid wash called ecoprocote Eco-Etch Gel Concrete Etch & Sealer Remover, about which the company says "the depth of etching is the same as hydrochloric or muriatic acid, but with a more uniform etch and a lot less odor."

And, like most colorizing products, the job with the soy stain isn't done until sealer goes down. Eco-Safety has that covered, too, with a couple of products in the Acri-Soy Penetrating Sealer line.

But for those whose taste for soy has its limits, you can still pick from the traditional menu of urethane sealers for a final coat over the soy-based sealer. 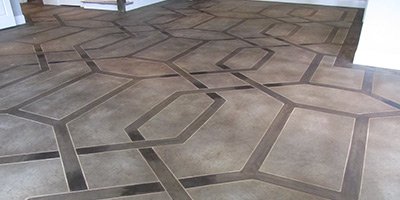 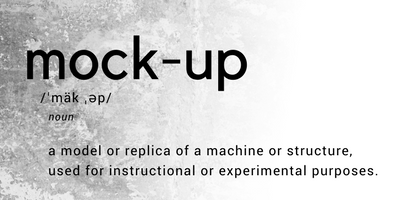 You can fine-tune your concrete polishing bid by figuring out before the job begins how the concrete is going to grind, what diamonds you will need and how to prepare. Walk on the slab, pour some water on it, scratch at it and put a diamond on it.