Looking Back at the Year in Polished Concrete 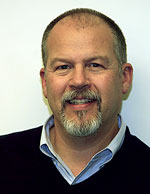 Do you really know what you are doing?

This being my last column for 2008, I find myself both looking back ... and looking forward. This year brought many positive changes to our industry, along with moments of sadness, one of which hit too close to home, not only for myself but also for the many people who knew and worked with Byron Hanson at L&M Construction Chemicals. On Sept. 10, Byron passed on after a six-month battle with cancer. Officially he was our lead technical backup, but in reality he was the heart, soul and answer man to anyone in the industry who had the honor to know him.

Byron Hanson was that rare person who always cared about the other person before looking out for himself. Once you met Byron you became his friend, and that was regardless of whether you were a customer, a colleague or a competitor. Byron served the industry for more than 30 years, but I only had the honor to work with Byron, and call him my friend, for three months. If you ever talked with Byron, or had the opportunity to look into his elfish eyes, you’d have thought that he’d be with us forever. In fact, I still haven’t removed Byron’s phone number and photo from my phone, and probably never will. As you choose to move ahead in the concrete industry I wish to share one thought with you — honor others with respect, give back to your industry, be committed, and look forward to the day when you meet your own version of Byron Hanson.

This year has seen many changes. As I write this, the whole world is being affected by a financial crisis that none of our generation has experienced before, a crisis that will affect your livelihood in some manner. Now is the time to look deep within yourself and determine what your strengths and commitments are. Do you have a plan to ensure that you come out of this intact? Evaluate your situation and don’t be afraid to acknowledge that maybe your heart isn’t in it. If not, now is not the time to panic, but to make changes in an orderly fashion. With that said, if you’re committed to succeeding, then let’s look at the opportunities that exist for you.

Our industry is growing. Whether you consider new geographic markets or new and growing niches, polished concrete has a great and prosperous future ahead. What started as the means to rehabilitate dusting and spalling concrete in industrial applications morphed into the flooring option with the lowest life-cycle cost available. Now as new building investments may wane, we have the opportunity to go back to our roots — restoration of existing floors. I firmly believe that with both new and old floors, polished concrete opportunities will grow at a greater rate than other flooring options. Consider two recent areas of growth: international markets and the green/sustainability market.

Recently two co-workers and I returned from Ireland, where our company conducted its first certification training for installers. In Ireland the polished concrete industry is just starting to lay the same foundation that we started in North America 10 years ago. For several years now, our director, Nick Costello, has been laying the groundwork for the successful introduction of polished concrete in Ireland. The advantage those in Ireland and other emerging markets have is that they do not have to reinvent the wheel. Many of the problems confronted in North America in the early years have been identified and solved. The circle is closing, with expertise from North America now returning the favor overseas, providing chemicals, diamonds and equipment, whereas initially the exchange came east to west.

As for my second growth area, no growth market crosses more borders than the potential for polished concrete in sustainable environments. Owners, architects and builders pursue sustainable building for many reasons. Some believe it is their duty, some are pursuing tax credits, some believe it is healthier. It really doesn’t matter why they are doing it. It only matters that it is creating greater opportunities for all of us in our industry. Remember that polished concrete began to solve the problem of dusting and spalling concrete. Very simply, what we are doing connects with this movement like no other flooring choice. Where are these markets? Do they just drop in your lap? Probably not. How are they created? Let’s look at a couple of examples.

Scott LaFontaine runs Concrete Solutions of New England in Manchester, N.H. Scott started polishing concrete about eight years ago, and he has provided polished concrete in a variety of settings throughout New England, from Hummer dealerships to his most recent Gold LEED project at NRG Systems, located south of Burlington, Vt. NRG serves the wind energy industry, and although they would seem to be a natural fit for sustainable, green building, it took Scott to steer their focus to polished floors. NRG was expanding, and their original building featured acid-stained and topically sealed floors in the offices and epoxy in the manufacturing areas. When Scott secured the opportunity to meet with NRG and their architects, he was comfortable in asking the question, “Why?” If you’re really going green, he suggested, go green all the way. Scott was able to help NRG understand how polished concrete could be a performance- and design-oriented flooring choice at the same time. Scott’s work played a major role in NRG’s ability to earn a Gold rating. NRG incorporated polished concrete, and in doing so, they enhanced their day lighting, radiant heat and utilization of the concrete slab’s thermal mass, along with lowering maintenance costs.

Invest your time so that you can identify the opportunities in front of you and then feel comfortable selling the concept, as Scott did with NRG. Scott’s work delivered design with the use of seven different concrete dyes applied in intricate patterns, and it offered performance through dry grind-based polishing and chemical densification.

Schools are another open market for the pursuit of LEED designations and polished concrete. In a situation that Sustainable Flooring Systems of Vancouver, Wash., found themselves in, not only are they providing dyes, densification and dry grinding, but they are performing restorative work alongside new. The Sherwood, Ore., School District is pursuing Silver LEED designations, and in working with Dull Olson Weekes Architects of Portland, they specified dyed and polished concrete for the expansion of the high school, both old and new floors. In addition, as the high school project is reaching completion, Brad Sleeper, general manager for Sustainable, has just completed his first project meetings down the road at the new Sherwood Middle School. Whereas the high school was pretty straightforward, featuring colors in large blocks, the middle school will have the Tualatin River and its tributaries running through the hallways. Besides taking advantage of high performance, design orientation, and low maintenance, schools are also excited about providing improved indoor air quality for students, staff and teachers. Schools talk amongst themselves, both within districts and between districts. Do a good job and they’ll sell for you, but do a lousy job, and they’ll …

Going into 2009, look to the bright side. Continue to invest in your employees and their and your education. If you want to learn more about LEED and CHPS, contact me and I’ll be happy to assist. If you are going to WOC 2009 in February, I will be presenting a 90-minute seminar Tuesday, Feb. 3, on Polished Concrete on LEED and CHPS project.

May you finish 2008 with a positive frame of mind. And by the way, for those of you from my generation, CHPS stands for Collaborative for High-Performing Schools, not the California Highway Patrol.