My wife said it best: “You wish you didn’t have to lose your job to find out how many friends you have.” On June 30, I received a call that came out of left field, without any warning – “Your job has been eliminated.” Now what does that say about the economy, the polished concrete industry, or one’s employer when a key management position is eliminated? I wish I had an answer, but unfortunately I don’t, as I was blindsided and not given any explanation. What I do have is the attitude that both myself and the industry will survive these economic times and will come out stronger and better than I/we stand today.

Over the last three weeks, in talking with those in the industry whom I’ve known and worked with for 10 years, I continually hear questions about the future – not only my own, but of our industry. Concerns range from “Where am I going to find work?” to “The industry is growing too fast with little control or consistency” to “Can’t the manufacturers ever agree on something?” During the coming months, it is important for the industry to band together, lest it tear itself apart through shortsightedness. What I’d like to do, in what may possibly be my last Polished Perspectives column, is to make some observations and ask some questions that I hope will be supported by other individuals’ efforts to provide guidance to the industry.

The polished concrete industry has seen growth, especially during the past three years, that is both encouraging and depressing. Whenever one has been part of an industry since its birth, he tends to be a little territorial. I know I have been. So, when change occurs, especially if it’s not in one’s own best interest, one often gets protective and possibly a little jaded. This doesn’t have to happen.

Dyes have opened up a whole palette of colors to our customers, greatly multiplying the options for design in conjunction with polished concrete. Where once there were eight colors with acid stain, the rainbow is now your palette, unless you want a color that requires white as a component. White is still our holy grail, only able to be added by specifying a white cement.

But where dyes have offered this range of colors, the manufacturers have never really addressed their limitations adequately, even if that would be just strongly emphasizing dyes’ susceptibility to high moisture or potential fading due to ultraviolet (UV) light exposure. Too often they hide behind “It’s in the data sheet” as their answer. This is not an encouraging answer to a longtime customer or even a new customer. “We’re not sure why it happens, it just does” is lame.

And issues such as moisture problems or UV exposure need to be addressed more definitively. For example, UV is not just outdoor sunlight. UV can enter through open doors, windows without adequate, or any, UV filtering, and certain indoor lighting. Address the shortcomings so that your customers are able to take advantage of all your strengths. From the installer’s standpoint, it is much more effective and comforting to have a complete knowledge base during decision-making time than to make the frantic phone call from the job site.

Remember … the first 10 to 15 feet of dyed, polished concrete located next to overhead doors with a southern exposure cannot be considered interior, despite the roof overhead and doors that close at night. As to moisture problems … figure it out and address it. You’ll have a stronger product when you know how to address “Why did my brown turn purple?”

According to Answers.com, one definition of “guard” is, “Something that gives protection; a safeguard.” When the guard products were first introduced, they were intended to protect polished concrete from acids, specifically those found in grocery stores. Concrete, by nature, is susceptible to acids such as mustard and vinegar. As long as there is exposed concrete on the floor, these acids will attack it. With a polished floor, you not only have a 100 percent exposed concrete surface, but you are also adding attributes of color and a highly reflective surface that will magnify any acid etch that occurs. The guard products can be formulations of silanes, siloxanes, fluoropolymers, densifiers and acrylics. Each manufacturer has its own magic potion. Unfortunately, these products are not only being oversold, they are also being oversimplified and overspecified. Instead of being an application-specific product for grocery stores, they are being specified by some manufacturers for every installation.

One of the main contentions about these products is that they go against polished concrete’s claim of being low maintenance. Guards have their place, but it’s time to reevaluate what exactly our industry is delivering to our customers, and to ask if we’re taking the easy way out and hiding being the “guard” because it’s easy and hides our other sins, such as poor performance or poor polishing and coloring.

Last, but not least, I’d like to talk about those (expletive deleted) lithiums. At least those were probably my chosen words a year ago. Today I’m going to say it – lithium isn’t the enemy. But neither is it the holy grail of densifying. It’s probably closer to the truth when I say, “A silicate is a silicate is a silicate.” First of all, let’s remember what a silicate is meant to do, and that is to chemically interact with the calcium hydroxide, mimic the original hydration process, and produce calcium silicate hydrate, which provides the strength in the cementing process. The argument shouldn’t be about how the silicate is delivered to the floor, but about whether it is delivered in a large enough quantity for a long enough reaction time. The goal is to not only harden the concrete, but also create the chemical densification that eliminates the natural dusting of concrete, along with increasing the repellency. I daresay that one could make an argument for or against every densifier on the market, but that’s not the point, nor will it make you successful. Given a choice, it is natural to work with the individual or company that you are most comfortable with, that provides you the best opportunity for success. That might be “A” in one region and “B” in another. Just as John Abrahamson discussed in his polishing column last issue, it is important to know what your options are and use them accordingly. A successful polished concrete installer is one who is continually open-minded as he or she moves forward, and who continually learns from their, and other’s, experiences.

Good luck down the road. Thank you for sharing the past five years with me. 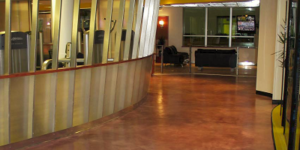 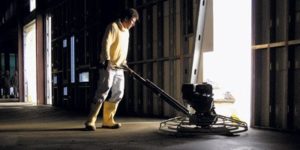 Giving Your Concrete Business the Flexibility it Needs to Thrive 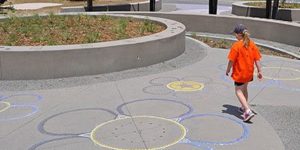