When Cody Carpenter invited Warren Ness as the vertical concrete carving instructor for Carpenter’s Plan B Studio training program last fall in Tacoma, Washington, Ness detailed plans to make a coffee table. It would resemble a large boulder with pops of color, dendritic plant embellishments and a flat top. The flat top had a note. It read: “Top surface colors to be selected on site.”

But once Ness got there, he didn’t only select colors. In a departure from the norm, he topped the rough-hewn table with a polished concrete surface.

“That was Cody’s idea,” Ness says about the top created with a planetary grinder. “I never would have thought to polish that piece. Now I’m hooked on the look.”

In the beginning, a foam core

Ness, owner of Rock Sculptor in Spokane, Washington, began with a foam core cut and covered with a hard coat consisting of sand and cement combined with Trinic’s AR (Alkali Resistant) glass fiber and Car-VZ, an admixture created by Ness and Trinic co-owner Bob Chatterton. The carve coat’s makeup was the same except it omitted the AR fibers.

“Car-VZ already has the ingredients mixed in to make it more durable for outdoor performance,” Ness says. Unlike other systems that involve two different admixtures, “It’s a universal product that works well for hard and carve coats.”

They made the plant imprints with actual fern fronds embedded into the surface. Then they pulled out once the mud had hardened. “I wasn’t sure if that part was going to turn out because the plants were only about 1/16 inch thick,” he says. “But it was thick enough to create a pattern.”

And successful enough that some of the attending artists plan to adopt the technique and incorporate the look into future pieces. “I find that part invigorating,” Ness says, and another discovery that “helps keep the industry alive and well.” 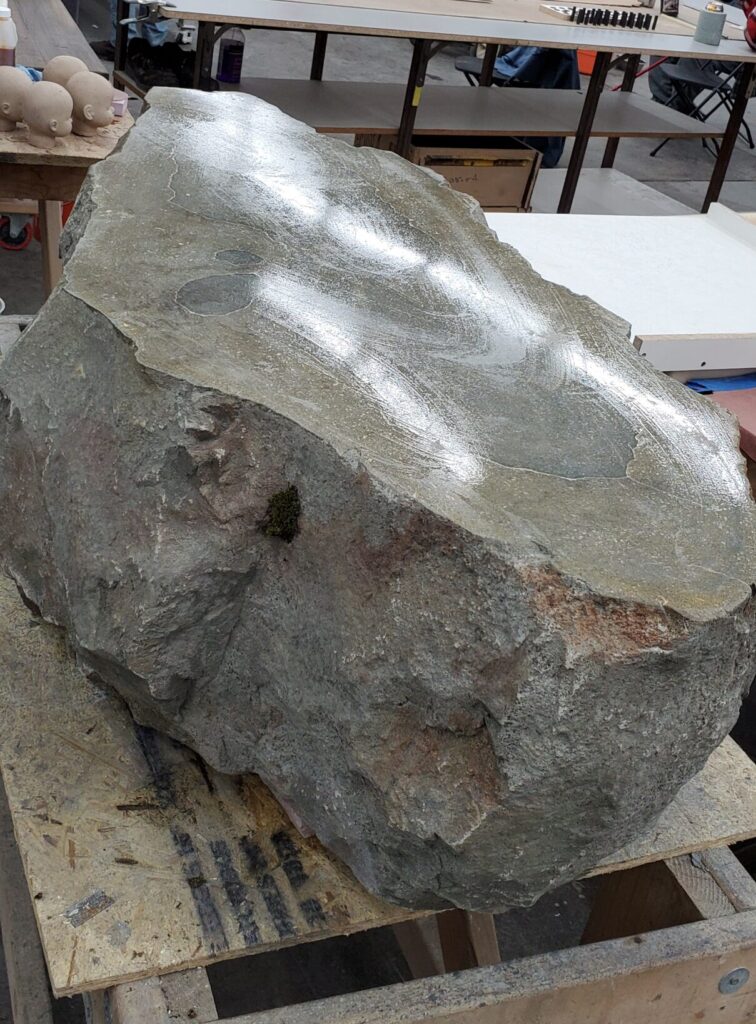 Gray with splashes of color

For the most part, Ness left the 190-pound coffee table — which measures 16 inches high, 44 inches long and 20 inches wide — granite gray, “with thick slashes of robust color in places to give it pop and sizzle.” He colored it topically with Simsonite Yellow and Primitive Red acrylic stains from Trinic’s ColoRZ line. The two combined to make a beautiful orange, as well as a wide array of brown tones, he adds.

Ness polished the tabletop, which he likens to the look of agate, the day after he coated the foam core with the admixture. “It was cold and rainy in Tacoma,” Ness notes, but it didn’t adversely affect the set time.

To enhance the final look of the concrete coffee table, Ness glazed the top with two washes of Earth Brown. “Most acrylics don’t penetrate a polished surface,” he says. “That’s why we glazed it with a technique mastered during the Renaissance.”

The Plan B Studio program is three days of training geared for professionals in the decorative concrete field. Its planners have held the program in the fall for the past few years. 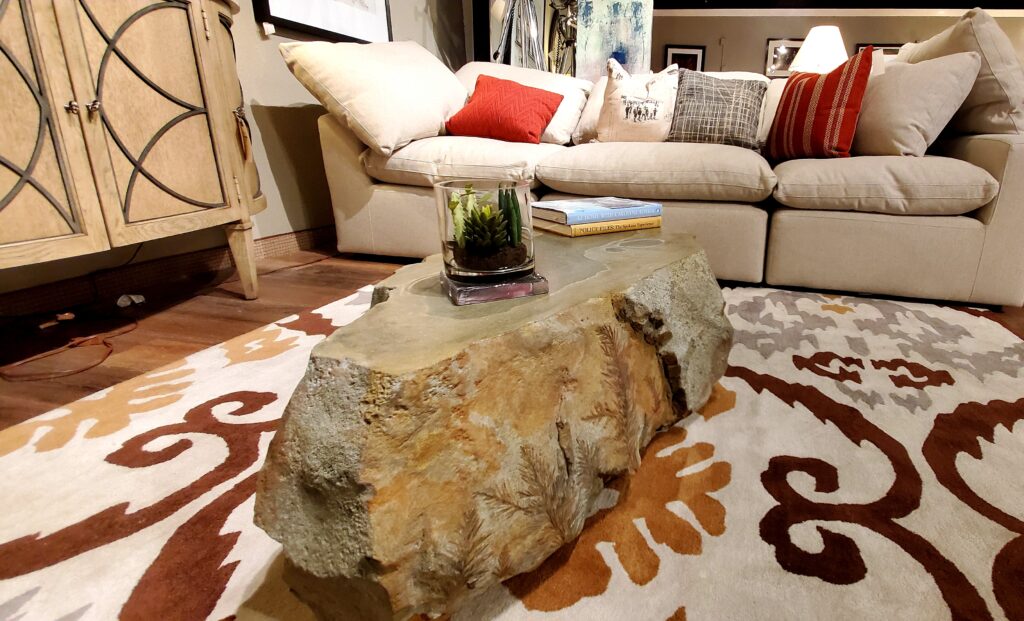 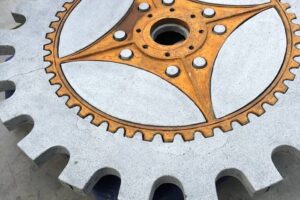 Cogs of the Machine:
Artisans use concrete
to get entryway into gear 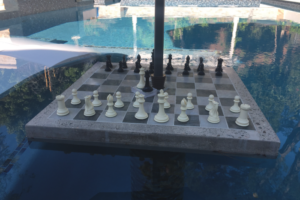 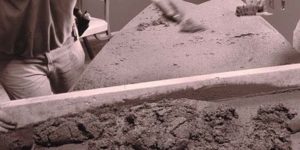