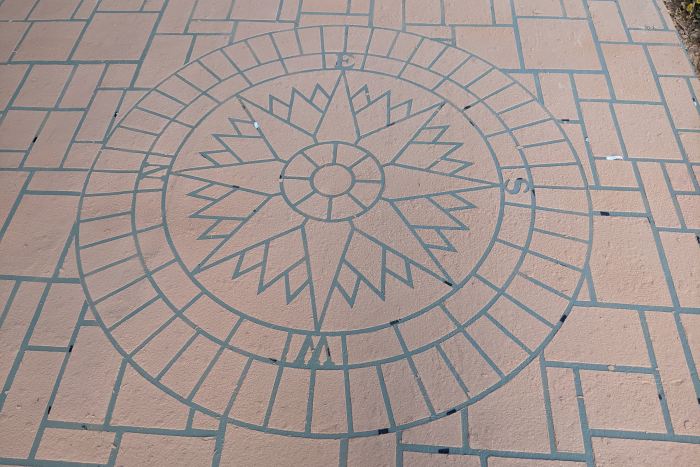 When Steve and Anne Cocklin remodeled their second story deck on their rural home in Maryland, they were left with a messy concrete patio underneath that became in need of a remodel itself. After unsuccessfully trying to hire a professional to do the job, they decided to take it on themselves and tackle the DIY approach.

The Cocklin’s started researching the process. They found Duraamen’s Skraffino Microtopping Floor Kit and the accompanying videos the company made with Bob Harris of the Decorative Concrete Institute. After watching the videos, the Cocklin’s felt confident in their abilities to try it themselves. They came up with a plan to stencil and apply a microtopping on their 700 square feet of patio.

“We figured if we didn’t like it, we could grind it down and do something else,” Steve said.

The original patio was 6- to 8-inches thick and nearly 40 years old. There were many cracks running across the concrete that needed repair, most likely because it never had control joints cut in. In addition, the patio took a beating when they had to jackhammer and pour four tons of new concrete to support the new 6×6 concrete footings needed to support the upper deck.

Their first step was to prep the patio sections by repairing the cracks with a two part epoxy concrete crack repair and filling in many areas of pitted concrete. The Cocklins rented a double disk concrete grinder to level the patio pads and remove years of old paint layers. The final prep was to remove all the excess dust and wash down the pads with concrete cleaner.

From there, they broke the project up into two 36-foot sections to get the job completed.
First, they applied two coats of CP 1000, an acrylic latex liquid coating; one coat the evening before and one the day of the microtopping application. Once the second coat of CP 1000 dried, they troweled on the base coat of Skraffino Grey using a magic trowel purchased from Duraamen. After the base coat dried, they applied another two coats of CP 1000, again on the evening before and one the day of, and waited until the acrylic latex dried before applying the stencil. Both Steve and Anne agreed the most difficult part of the project was working with the stencil itself.

“There’s a lot of labor involved,” she said. “I kind of didn’t anticipate that.”

In all, they estimated it took them about five hours to lay down the stencil on each section.
Then they applied Duraamen’s Skraffino microtopping mixing it with CP 1000 and Colorfast terracotta coloring.

Unfortunately, the first section they did just didn’t come out looking as great as they wanted. This was partially due to a leaky fitting on the hopper. Getting the stencil to stay in place while spraying on the microtopping was also a challenge. Ultimately, they solved this by using Scotch double-sided black tape.
After they worked out the kinks in their methods, the Cocklin’s ended up relaying the stencil in the same path once everything had dried and gave it another go. “We prepped and sprayed it again and this time it looked good,” Steve said. “We got the hopper working properly and continued with that technique on the other side.”

The project was then sealed with Duraamen’s Dekguard. Despite the hiccups early on, both would recommend the DIY route to others. This is particularly true when the manufacturer is willing to provide help.
“I suggest they follow the instructional videos,” said Steve. “Duraamen was quite patient and helpful.”
“They did everything they could to try and answer our questions,” Anne added.

Victor Pachade, General Manager at Duraamen, said the company’s floor kits were designed with people like the Conklin’s in mind.

“We created this whole line of simple packages based on square footage. There’s a huge DIY market, and we have a lot of both homeowner and commercial customers,” he says. “There’s a huge savings for them if they feel comfortable doing it themselves.”

Now that the project is behind them, it’s on to the next one at their home. “We’re remodeling our garage, and l’ve been looking at those Duraamen epoxy coatings to use on the concrete floor,” Steve said.
It seems the Cocklin’s may have caught the concrete bug!

Products mentioned in the article 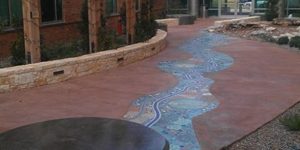 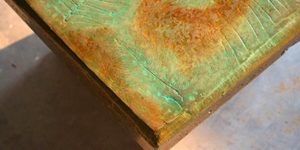 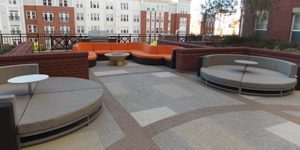