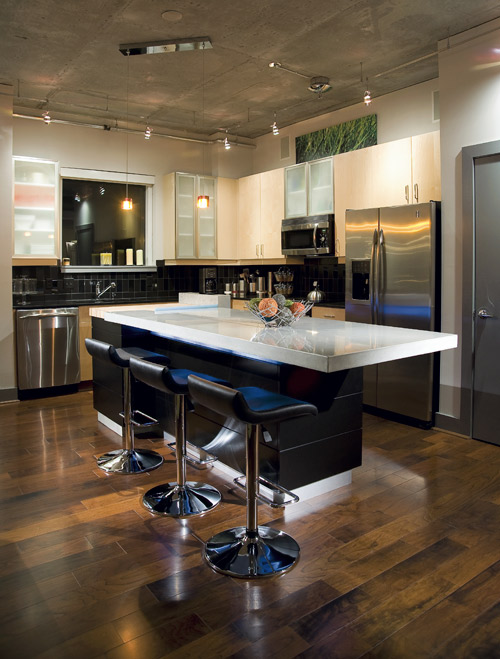 A serendipitous event in early 2002 led Eric Boyd down the path to discovering the beauty of decorative concrete.

Two months before graduating from the University of North Carolina at Charlotte with a bachelor’s degree in architecture, he and two other students opened their own design-build firm. One of the first jobs they landed was a kitchen remodel where the client asked for concrete countertops, somewhat of a novelty back then.

“The only one I knew making them was Fu-Tung Cheng, who had just come out with a book my buddy had,” says Boyd.

After trying to research countertops on the Internet with little success, Boyd ended up calling Cheng, who hooked him up with pigments and other ingredients and talked him through the project.

Before Boyd knew it, someone else who had seen the countertops wanted one, followed by another customer. Soon, he and his partners outgrew their 400-square-foot shop. “No one else in the area was making concrete countertops,” he says. “We became our own fabricators and just fell into the concrete thing.”

Now, 11 years later, the 37-year-old works with Mills Howell, a brother of one of the founding partners. They oversee five employees at an 11,000-square-foot warehouse shop and a nearby 1,500-square-foot showroom in uptown Charlotte under the moniker of Reaching Quiet Design. The company name, which was taken from an obscure band they liked, was selected because of its Zen-like overtones.

Boyd, who is co-owner and lead designer in the business, estimates 85 percent to 90 percent of their work today is concrete-related. The rest is in wood and metal.

Finding a niche
When it comes to decorative concrete, Boyd says he’s not interested in applications like floors or faux rocks or acid staining. His company mainly creates countertops, bars and sinks in its studio by hand with the help of nonautomated machinery.

“Our basic countertops are usually wet-cast,” he says. “If it involves a lot of 3-D elements like most of the work we produce, we use GFRC (glass-fiber reinforced concrete).”

In fact, he’s currently working on getting an online store together where his company will offer GFRC items such as side tables, vanities, sinks and tiles to consumers nationwide.

His niche also involves creating sustainable things that have a positive impact on the environment, Boyd says. He uses materials sourced within a 500-mile radius, with the concrete made from locally quarried sand and rock combined with locally made cement.

More important than the green aspects of his creations, he says, is the fact that they are individually made to stand the test of time. “We strive to create products that will last for generations,” Boyd says. The firm designs and fabricates most of its work by hand and continually blurs the boundaries between architecture, interior design, and product and furniture development.

Boyd says his company is usually involved with projects from conception to completion, an approach practiced by many fabricators today. “We are much more than just a producer of slabs. Nowadays, we offer a more design-oriented package,” he says. “Because we’re part of the consultation process, we wind up doing things an interior designer wouldn’t think of and we end up with a better project.”

Relationships matter
Boyd is well-connected to other big names in the concrete countertop family. He maintains a friendship with Fu-Tung Cheng, who still mentors him from time to time. He has been pals with Brandon Gore in Arizona for many years and has been influenced by many others in the business, including Blue Concrete’s Shawn Hays, Jeremy French and Jon Schuler. 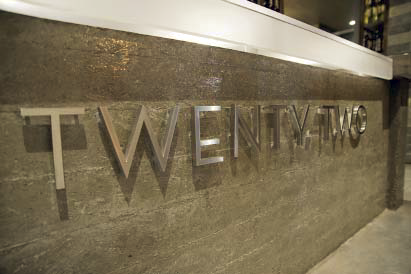 Boyd gets his supplies mainly from Blue Concrete, which carries pigments that can be custom-blended to match any Benjamin Moore color available. He also likes their ICT First Sealz, a reactive sealer that he claims gives concrete some of the same characteristics as quartz. “After a month or so, you have a product that can withstand substantial abuse,” Boyd says. “Bleach is one of the only products we’ve seen that can change the concrete’s appearance.”

Thanks to social media sites such as Facebook and individual blogs, Boyd says, so many people in the decorative business know each other and hobnob together at conventions. Rather than keeping what they have learned to themselves, many are reaching out to their peers through social media to save them from making mistakes they can avoid.

“Up until four or five years ago, everyone (except a few like Cheng) kept their secrets to themselves, but that’s really changed. Many of us have realized we’re not all competitors. We are really such a small industry, and it’s to everyone’s benefit in the long run if we all do a good job, share our knowledge and boost the public’s perception of decorative concrete,” Boyd says. 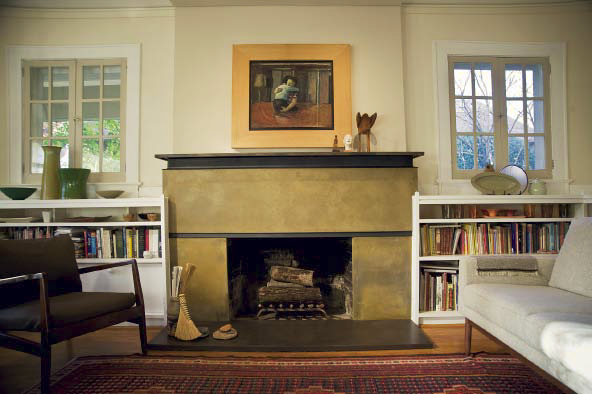 Pearls of wisdom
For those artisans just breaking into the business, Boyd offers some friendly advice. “Learn as much as you can about the products and business and make informed decisions. Test all the products before you use them on a job to determine what’s comfortable for you and what looks you like.”

And above all, he continues, don’t grow too big too quickly. “And I’m saying that from experience. I would love not to have an 11,000-square-foot warehouse in the city. I would rather have a barn out in the country for my workshop and a showroom in the city.”

Right before the bottom fell out of the economy a couple of years ago, Reaching Quiet relocated from a 2,000-square-foot shop to its current 11,000-square-foot warehouse and also leased a showroom. The move increased its monthly overhead by $5,000.

“We had so much work coming in just from word of mouth that we got cocky,” he says. “We put all our profits into the new showroom without much thought. And then the next six months … nothing. But somehow, we managed to pull through when a lot of other businesses failed.” 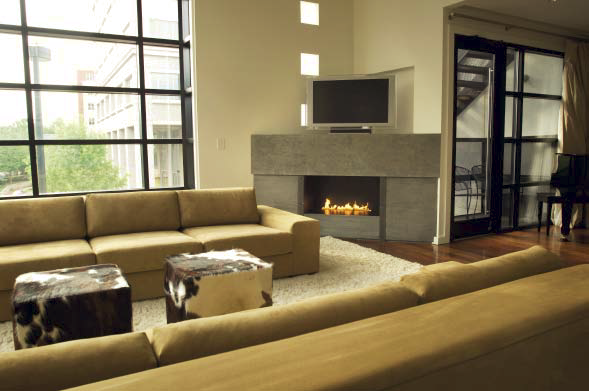 If you need more help, he suggests, first hire an apprentice. Keep it as small as you can and even turn down jobs. “I’m convinced there’s a lot to be said about staying small.”