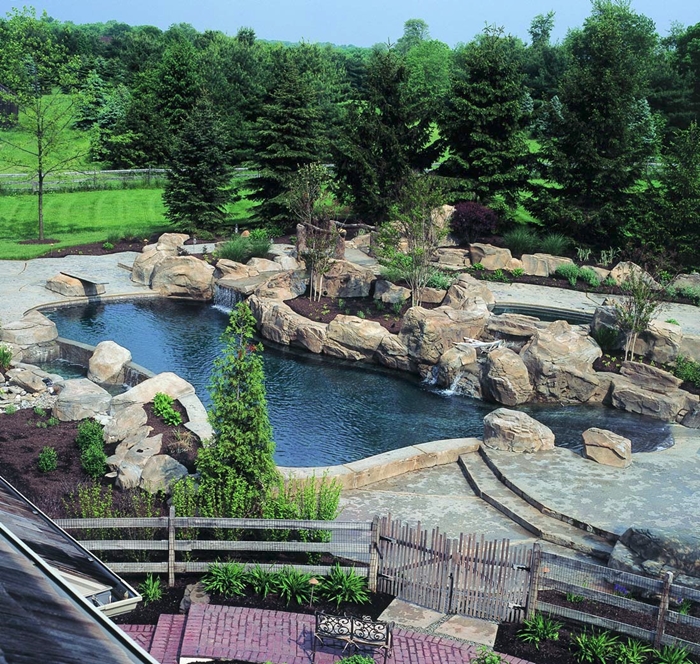 It's a jungle out there, Chris McMahon will tell you. As president of Architectural Concrete Design, a successful decorative concrete company in Levittown, Pa., he knows that in order to stay alive and thrive, you've got to differentiate yourself from the yahoos lurking about.

“You have a lot of people out there with a pickup truck, a wheelbarrow and $1,000 worth of tools who call themselves your competition,” he says. “The level of quality has gone down while the quantity [of contractors] has gone up. You need to have an aggressive approach to the business and get involved if you want to succeed.”

He and his wife, Melinda, began their own business stamping concrete back in 1993. Today, with about 45 employees (including four designers), he estimates the company does between 400 to 500 jobs per year, largely in Pennsylvania, New Jersey, Delaware and Maryland. “We have crews that can place more than 10,000 square feet per day,” he says, adding that they not only stamp but also apply a variety of finishes including chemical stains, exposed aggregate and sandblasting. McMahon also offers consulting to other decorative concrete companies. 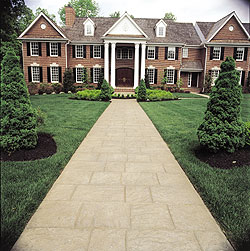 Their company puts in more pool decks than anything else, McMahon says. A fair share of business also involves driveways, followed by patios and various commercial jobs. They offer turnkey services from consultation and design to installation and follow up, but McMahon stresses that Architectural Concrete Design is a subcontractor that deals exclusively with decorative concrete.

“We don't dig the footings and we don't pour the walls,” he firmly maintains, adding that someone else should be handling all that while you're off at another job. “If you want to be a successful decorative contractor, decorative concrete is all you should do.”

Stay focused and aim true
McMahon notes that some companies have problems because they let their customers dictate the type of work they do. “You have to insist on quality even when the customer doesn't want it.” If they're looking to save money and want to forego, say, the color hardener, he says, you've got to refuse to give them a shoddy job. “They need to defer to you as an expert. And if you're not an expert, you're not only hurting yourself, you're hurting everyone in the industry.” 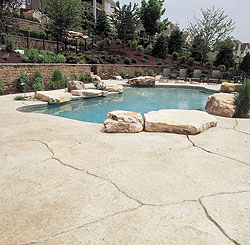 He concedes that there is a place for integral color, but says, “Color hardener is the only way to do stamped concrete because it protects the texture. The only way to keep the concrete looking like stone is to make it as hard as stone.”

For the finishing touch, he says, he likes to use the “thinnest penetrating sealer available, to protect the concrete from inside.”

Be a hard liner
McMahon swears by aggressive advertising through television, the Internet and high-end magazines. How you advertise and who you advertise to are paramount to creating a strong customer base, he emphasizes.

As part of the campaign that helped to establish he and his wife's fledgling business years ago, they bought the domain www.concretesafari.com — “Concrete jungle was already taken,” he laments — and expounded on the safari theme.

“We zebra-striped our trucks,” he says, adding that they have since trademarked the look. This eye-catching design helped differentiate their company from the competition in a quick glance and was so successful that he now uses it as part of his consulting service package, which offers advice to other businesses trying to gain a foothold in the marketplace. “We can take a $2 million business that's losing money and turn it into a profit-making machine just by changing the way they do things,” he says. 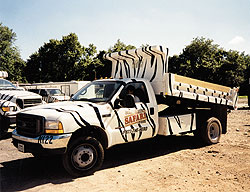 He says he will only train crews on the job in real-life situations. “I want them to learn out in the field because the classroom is only theory. It doesn't teach you how to deal with weather conditions or time restraints.”

But the company does hold a seminar once a year for about 100 architects from throughout the region. It's an opportunity to familiarize them with finishing textures and teach them about decorative concrete so they can confidently spec it in their jobs.

Get ready to rock and roll
You've got to convince your customers, as McMahon reiterates on his Web site, that they don't have to “settle for the ordinary when the extraordinary is so attainable.”

So what does Architectural Concrete Design have to offer that is so extraordinary?

Besides stamping jobs that are unlike any others out there (thanks to the four designers on staff) he offers rock sculptures carved by David Bloomfield, a master sculptor from California. Since 1998, he has created a dozen or so of these rock formations. They feature everything from foot bridges and swim-in caves with stereo sound to protruding rocks that look like icebergs and erupting volcanoes. Depending on the size, they range from $40 to $75 a square foot. 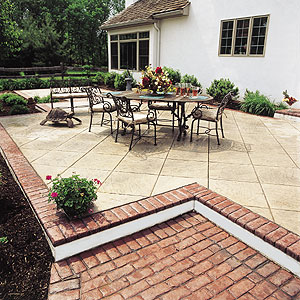 Another product McMahon likes to incorporate is river stone. “We'll take real river stone or another stone and embed it into the surface to make it look like larger stone cast around smaller stone,” he says, adding sometime he uses real rock benches or stair sections. “But the coolest thing is to take natural stone banding and use it to separate fields of concrete. The finished product can be awesome.”

He's devised his own stamping tools for personal use, is constantly developing new techniques and finessing new textures, and continues to reinvest in new equipment to stay on the cutting edge of decorative concrete. As for his workforce, he says, “We've grown through an extensive training program and are continually putting out new crews. We're growing so much faster than the competition is getting started.”

And he plans to keep up this pace. “If you train your workforce right, you should never let them go. You have to establish yourself as a corporation and provide things like 401(k)s and health plans to create a company environment that your employees can be proud of and call their own. Otherwise, you are just training your competition.”

If McMahon has his way, both his employees and his customers will heed his advice: “It's a jungle out there. Stay with the herd.” 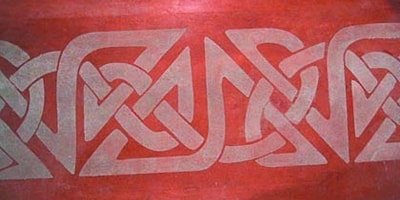 A surface-preparation product called The Profiler from Surface Gel Tek can be used to create an etched effect with stencils. In these photos, Dane Hantz of Dane Concrete Design in Prescott, Arizona, demonstrates the technique. The surface was a steel-troweled concrete floor in a home. Hantz wanted to create a 60-linear-foot border around the room.

Re-ignite Your Spark of Passion for Decorative Concrete 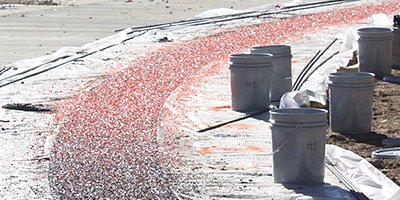 The fear that we may lose touch with the concrete artistry in our industry is a legitimate feeling. It seems like more and more projects require firm decisions and designs before they ever reach our eyes. Are we losing the chance to add our expertise, advice and artistic touch to decorative projects?