It’s not a secret that Buddy Rhodes built his concrete career as an artist who wanted to be able to use concrete and concrete-related materials in artistic ways. Buddy approached concrete as a ceramist who wanted a way to meld the warmth and earthy handmade quality of pottery with the strength, versatility and architectural applicability of concrete. He found a way to do that and more.

A recent blog post on BuddyRhodes.com talked about wanting to make bigger, better objects. But because they strive to do the unexpected, they put forth a challenge to see what artists could do to make smaller objects instead.

To that end, several artisans around the country were sent a bucket of 10# Artisan Concrete Mix along with the freedom to turn it into whatever they wanted. Their only limitation was that they could use no more mix than what was in the bucket. The objects would be judged and voted on by people from the Haven Conference, and the winner would win a free ride to EPIC, Blue Concrete’s three-day gathering to learn about and share the possibilities of artisan concrete. The Haven Conference is a gathering of a community of bloggers and creative home DIYers that was held July 10-12, 2014 in Atlanta, Georgia.

The objects that the artisans came up with are fresh and beautiful. The only common denominator was that they were all made of concrete. Beyond that, their form, function and meaning greatly varied. The third place, second place and grand prize winner are at the end. Scroll through to see all of these objects that defy the conventional wisdom of what can be done with concrete. 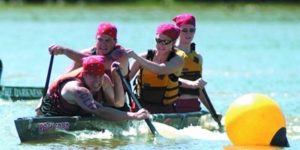 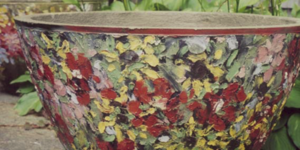 Concrete Pottery With a Twist 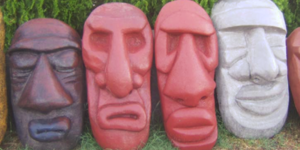