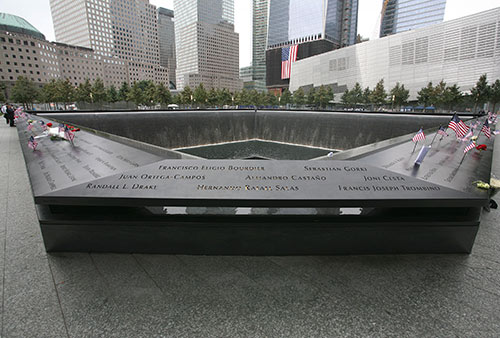 The National September 11 Memorial was dedicated on the 10th anniversary of the horrific event and opened to the public the following day.

Architect Michael Arad, along with landscape architect Peter Walker, designed the memorial to honor the nearly 3,000 people who lost their lives in the Sept. 11, 2001, terror attacks at the World Trade Center, at the Pentagon and in a field near Shanksville, Pa. The memorial also honors the six people killed in the 1993 World Trade Center bombing.

Out of 5,201 entries from 63 countries, Arad’s “Reflecting Absence” won out as the design that would most eloquently fulfill the memorial’s daunting demands. 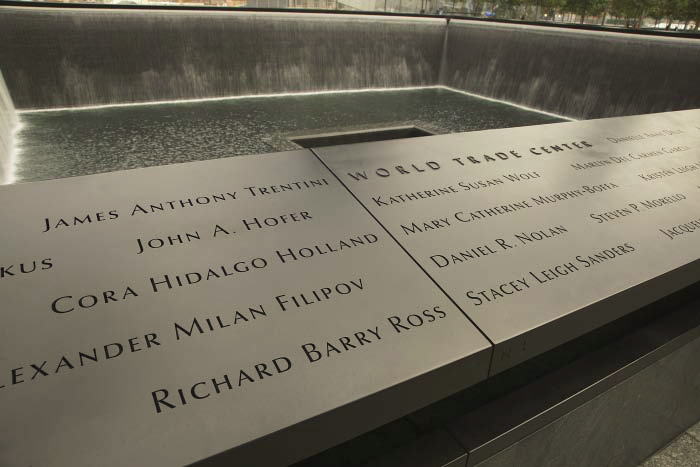 Work began on the 9/11 Memorial in 2006. It features twin reflecting pools, each nearly an acre in size, built within the footprints of the North and South tower. Jet Mist granite surrounds each pool and is inscribed with the victims’ names, which are illuminated from within at night.

The names of the victims are arranged and inscribed according to a system of what planners call “meaningful adjacencies.” The names are grouped in nine categories that reflect where the person was during the attacks. For instance, passengers on the three flights are grouped together, as are employees of the various firms and the first responders. But it doesn’t stop there. Colleagues, friends and family are placed alongside each other within the larger nine groups if requested by the victims’ next of kin. Planners say it was a complex and painstaking task to honor the 1,200 requests received.

The National September 11 Memorial, which officially opened to the public Sept. 12, 2011, features a plaza with trees and twin reflecting pools, each nearly an acre in size, that sit within the footprints where the North and South towers once stood.

Rows of swamp white oaks surround the pools, with some thriving where the steel support columns of the towers once stood. A series of concrete slabs suspend the plaza over troughs of rich soil that feed the grove of trees. This design offers a stable pavement where people can walk, while incorporating areas of uncompacted soil to promote healthy tree growth.

The 9/11 Memorial is operated by the nonprofit National September 11 Memorial & Museum at the World Trade Center, while the Port Authority of New York and New Jersey oversaw its construction. The memorial and museum, the latter which is scheduled to open later this year, occupy 8 of the site’s 16 acres.