Giatec, world leader in concrete testing technologies, has announced that the re-design of their award-winning flagship product, SmartRock. It is now available to pre-orde. It has been re-engineered with game-changing dual temperature monitoring capabilities for mass concrete applications.

First announced in February of 2020 at World of Concrete, this re-engineered SmartRock concrete sensor takes concrete testing to a whole new level. In addition to an update in the sensor’s design, activation, installation, and wireless signal range, ‘SmartRock 3’ has been equipped with dual-temperature monitoring capabilities. This enables users to measure temperature values at two locations simultaneously. One temperature probe is located at the tip of the white temperature cable. Another probe is in the body of the sensor where the black transmitter is located. This function allows users to easily monitor temperature differentials between both the concrete’s core and surface for mass pour applications.

“We are very happy with the new dual temperature functionality of the SmartRock 3 sensor. The temperature readings are very precise. They help us to accurately monitor temperature differentials of our mass pours at the surface and center of the slab, which can vary based on several factors. The sensors are also fast and straight forward to install. They send real-time data to our phones immediately.” says Walter Flood, Principal Engineer, Flood Testing Laboratories.

SmartRock is helping top construction companies eliminate concrete testing delays. This helps them take back control of their schedules in over 6,200 projects across 45 countries. As the first truly wireless sensor introduced to the market in 2015, SmartRock is the leading concrete maturity sensor for accurate monitoring of concrete curing and also hardening. Unlike time-consuming and error-prone break tests, or cumbersome wired sensors, Giatec’s patented maturity sensor uses a highly accurate ASTM-approved testing method. Together with the Giatec 360 platform and SmartHub remote monitoring device, this has enabled faster, safer, and more economical concrete construction.

Giatec Scientific Inc. is a global company revolutionizing the construction industry. They do this by bringing smart testing technologies and real-time data collection to the forefront of every jobsite. Giatec’s suite of hardware & software products has also leveraged advanced technologies such as; Artificial Intelligence (AI), and Internet of Things (IoT), including; wireless concrete sensors, mobile apps, and advanced non-destructive technologies (NDT) to drive innovation throughout concrete’s lifecycle. For more information visit www.giatec.ca. 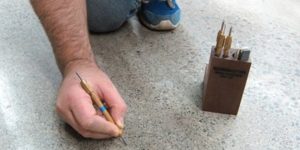 Getting the Most out of Your Mohs Hardness Test Kit 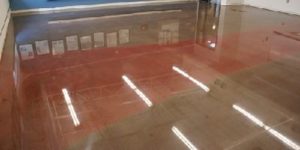 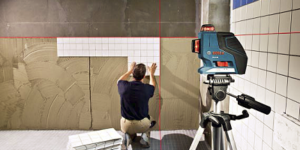 Testing and Measuring Tools for Concrete that Make the Grade