When I started as a pup-salesman at L. M. Scofield Co., the suggested method of applying reactive or patina stains (at that time called chemical stains) was with a mop out of a bucket. This was kind of like performing brain surgery with a battle axe. And the results weren’t surprising — a floor that appeared coarse and like it was blood-stained.

In fact, it was recommended that we avoid promoting this product and, if we had to sell it, that the variegated results should be disguised by buffing with a colored wax.

However, there was one advantage to these times — they required self-reliance and creativity fueled by keen powers of observation.

I had one eureka moment when a homeowner complained about an integrally colored driveway and walks gone bad — “Hey, your pigment stinks! It’s all spotty.” Hmmm … What could’ve happened here?

I asked: “Have you recently had your lawn fertilized?”

Ironite is a brand of fertilizer that is composed of primarily iron sulfate in a clay granule. This is the same metallic salt that produces a brown color in patina stains. The Ironite had caused variegation.

It hit me that despite the customer’s complaints, variegation in and of itself was OK. After all, patina stains were variegated by nature. Perhaps variegation was even desirable, and, through layers of variegation, one could achieve a kind of cosmic balance, or at least some consistency.

Later, I had another eureka moment and realized you could produce color separations with a board. Yup, it didn’t take much to make us happy then. 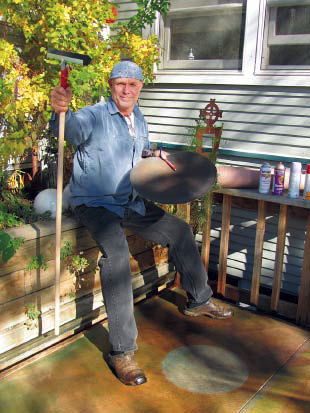 I came to know several other ways to use household items besides boards and Ironite to affect the final look of a stain. This article focuses on reactive stains, but a lot of these techniques work with other colorants as well, such as dyes and tinted sealers.

As the 1980s became the 1990s, my use of boards led to doing color separations with torn paper. While boards are masks that produce straight, true edges, torn paper produces ragged edges.

In the mid-1990s, torn paper led to using fallen leaves as masks. Brilliant!

Like watercolors, stains can be applied over resists — loose ones like scattered rock salt — or over and against masks.

Instead of a hard edge, produced with a board or torn paper, how about a looser one? Imagine clear or colored spray paints misted over paper spiral stencils.

How about applying stain against sand or sawdust? These materials would generally be used as masks, but if the stain were heavily applied, they could also hold moisture and allow the oxidation reaction to intensify.

I heard about experiments with scattering corn flakes and Rice Krispies from a fellow pioneer, Las Vegas-based decorative concrete contractor Frank Rusk. Cereal can mask or resist colorant and absorb it too.

Ironite can be used to variegate your color in two ways. The effect is slightly different depending on if you cast it before or after. Before, the granules act as a (little) bit of a mask. After, the granules deposit additional spots of color that are composed of dense concentric circles.

Using Ironite for variegation led to experimenting with Miracle Gro. Note that Miracle Gro is another fertilizer, one with a heavy copper content. Instead of the iron oranges and browns produced by Ironite, it produces copper blues and greens. It’s chemically similar to the sulfates and chlorides that are used to produce green or blue patina stains.

And, if one could add or concentrate color, one could take it off or desaturate it, right?

The mottling caused by Ironite granules perhaps inspired the technique of using kitty litter granules to suck stain up. I heard about this one from The Concrete Colorist, my Benicia, Calif., neighbor, Brian Vicari.

Gary Jones of Colormaker, up in British Columbia, would blend stains with fire clay into a paste with the consistency of a milkshake. It could be accurately applied with a roller or a paint brush, with no need for masking. This provided color-concentrated, graphic color separations. The home-kitchen version of this one is creating the paste with stain and flour. That requires a bit more mixing, but it works.

Mix it up
Here’s an idea — how about combining these techniques? How about a thick paste of laundry detergent mixed with water and applied with a brush along a hard straight edge?

How about adding Gary’s patina paste to Paul’s graphic template idea? Except that this time, the template would be cut out of cardboard or masonite and it would be coated with paste to graphically concentrate, rather than lift, color. Paul’s foam templates produce ligther shapes, but this method would product darker shapes.

Shellie Rigsby once suggested producing a resist of hundreds of drifting bubbles from a child’s bubble-blower toy. Interesting! That would combine a resist, something scattered and something graphic (circles). However, this technique would have to be used with stain, not dye. Soap needs to be rinsed away on the job, just like the detergent paste does, and dyes shouldn’t be rinsed right away. 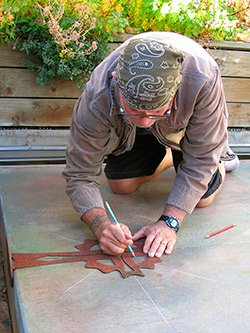 Also, the stain couldn’t be scrubbed or agitated until after it was dry and the oxidation reaction was complete. Otherwise the graphic effect of the soapy resist would be mitigated.

The basic idea here is to be fluid, creative and willing to experiment. A slab is just a really large canvas. Colors can be mixed (although some combinations are less successful, which is why “experiment” also means “practice” and “sample”). A layer of this color can wash over and blend into that color. There’s nothing wrong with an application with a mop and bucket, or a broom or dash brush, or a sprayer. The results will just be different.

I’m sure you get it! It doesn’t take a technical data sheet. It doesn’t take expensive stamps or other tools. Hell, it doesn’t even take the Internet! Often, anything worth using can be found in the kitchen, the garage, the backyard or down by the creek. 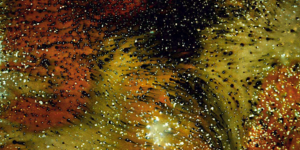 Effects with Reactive Stains on Concrete 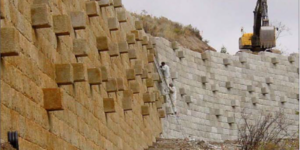 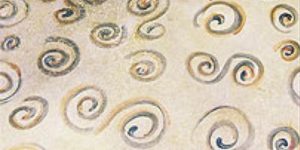