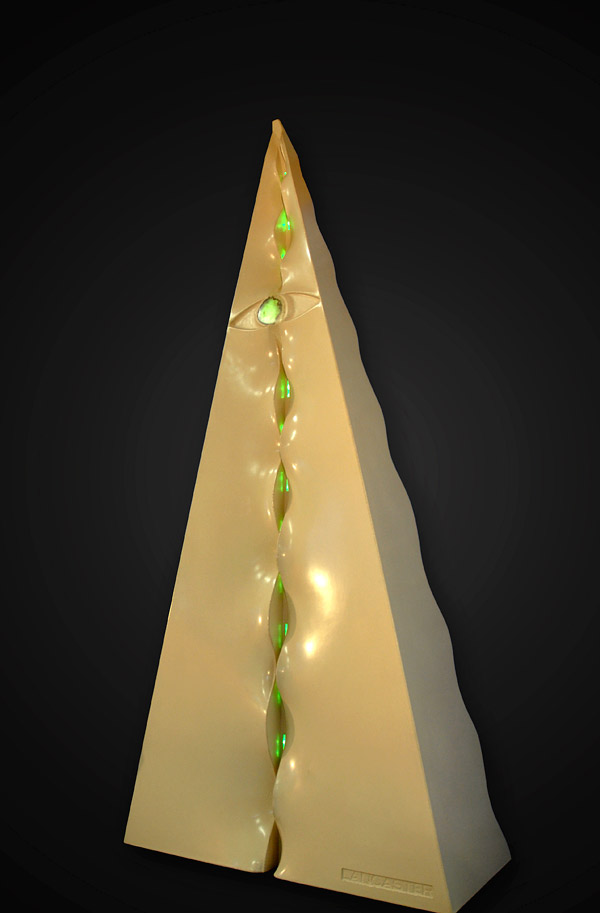 Most decorative concrete artisans don’t submit their work into juried art shows, but that’s the world that Thomas Lancaster is trying to ease into.

Lancaster, owner of Lancaster Concrete Designs in Alpine, Texas, has done many lines of work in his 39 years, including bull riding, which he started at the age of 16.

He was one of 219 out of 1,500 applicants accepted into his first juried art show in 2015 in Fort Worth, Texas. “That went really well,” Lancaster says. “The art lets me show off the other things I can do and that sparks a lot of people’s interest.” 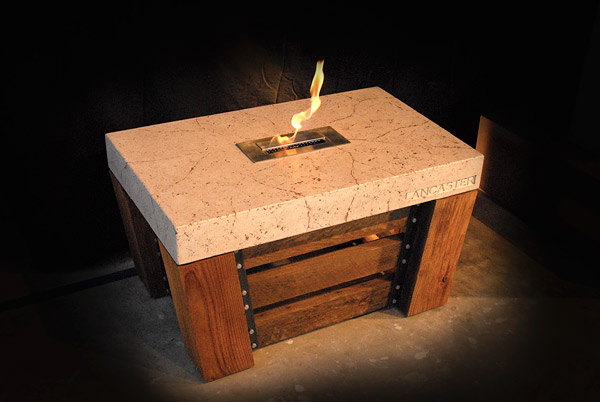 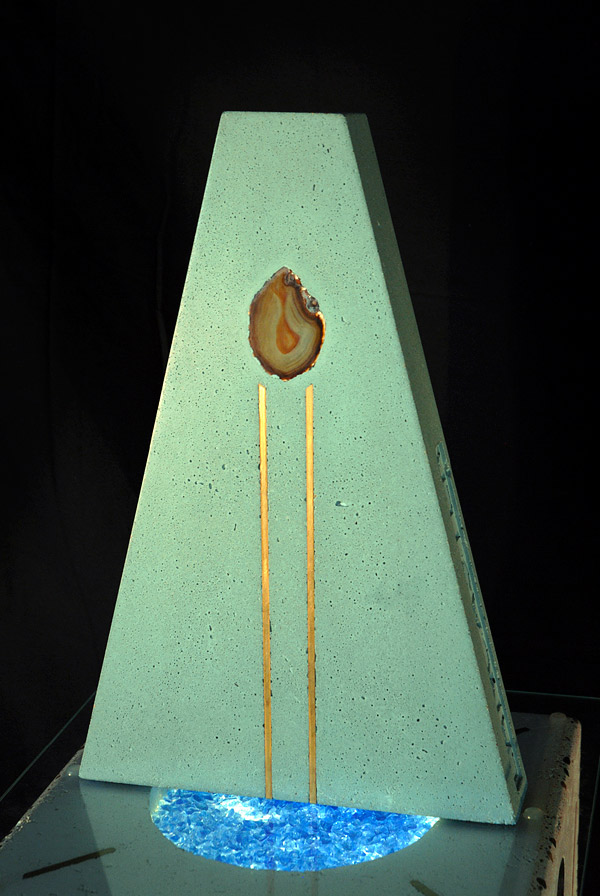 Alpine is about seven hours southwest of Fort Worth and an hour from Mexico, in an area known as the Chihuahuan Desert. After he and his wife, Belle, met, they moved to South Korea and taught English. They took over an in-debt family oil business and made that profitable, while Lancaster also learned graphic design, website development and photography.

He and Belle bought their Alpine property off the Internet, sight-unseen. He then spent three years building their home, mostly without help. Toward the end of the home-building experience, he purchased a book written by concrete pioneer FuTung Cheng about concrete countertops and installed one in his kitchen.

After he finished building his house, he found himself with nothing to do and no job. “Design and photography weren’t tangible enough,” Lancaster says. “I turned to concrete countertops instead.”

Lancaster attended The Concrete Countertop Institute’s Ultimate Class and returned from that realizing he needed a studio for his work. He then spent a year building that and opened for business in 2012. 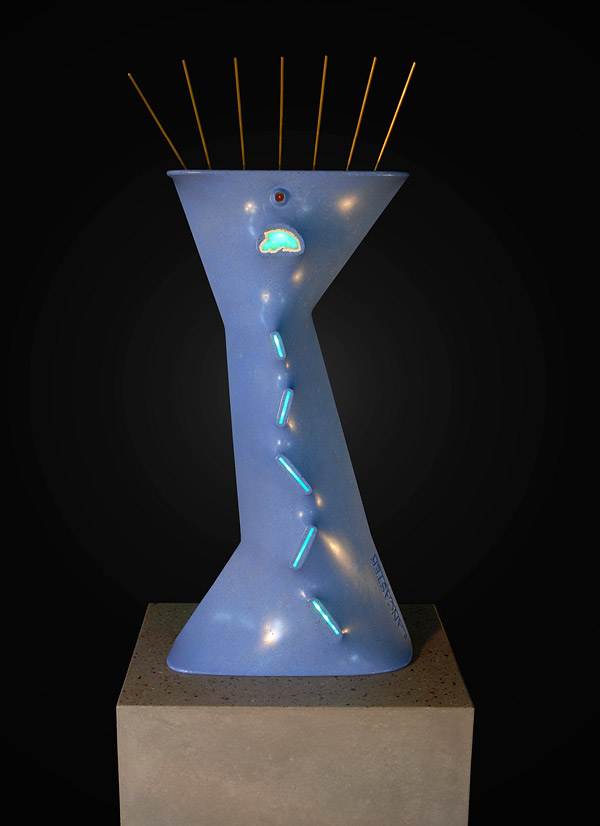 Since then, the majority of his work has been countertops with some furniture elements. But it’s been the artistic pieces that he’s most interested in pursuing now. “I consider myself an artist and I chose concrete to be my medium,” he says. “I’ve been learning the material and I’m pursuing an art career using concrete partly because it doesn’t seem like there’s a lot of artists out there working with concrete.”

It can be difficult to learn to work with concrete without the technical training, and once people get the technical training they’re not likely to use their skills for art. “But with the experience I’ve gained I know there’s so much you can do with this material,” he says. “It’s the most versatile material in the world and I can’t consider working with anything else now.” 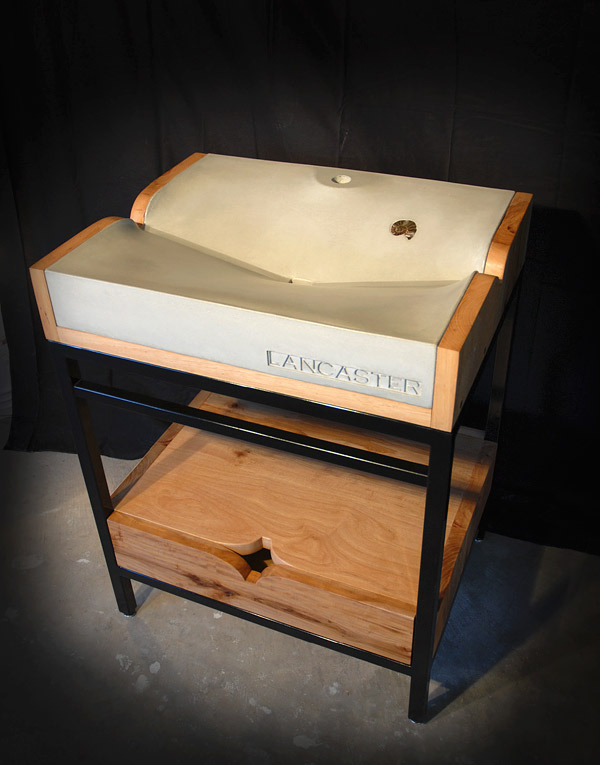 Lancaster’s current primary source of income is creating concrete countertops and furniture, but he is actively looking for artistic representation and is applying for art grants. When he opened his business, his first job was a bar top and concrete tables and benches for a nearby pizza parlor. 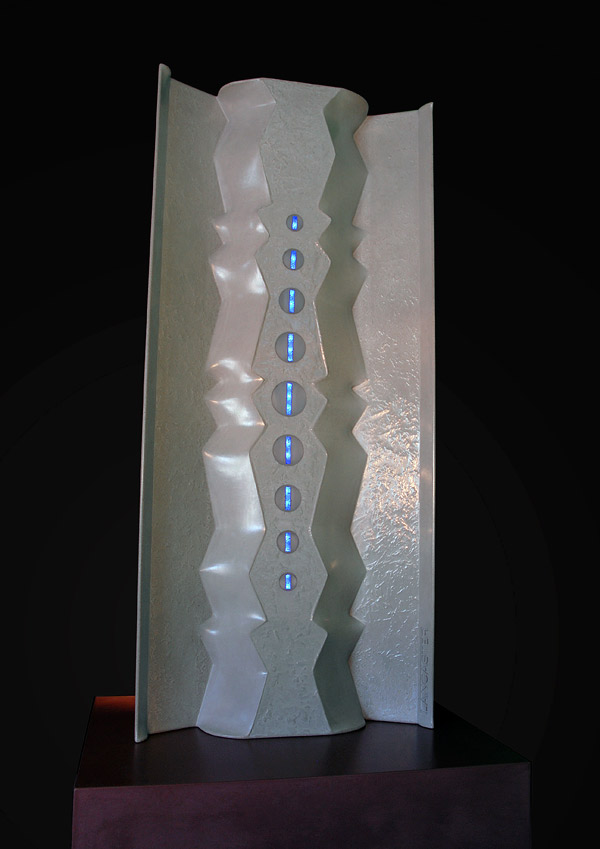 Most of his art pieces are created using glass-fiber reinforced concrete. The Beacon is a pyramidal-shaped statue that is 42 inches wide at the base and 8 feet tall, with an undulating design in the middle set off by multicolored LED lights. Another sculpture, The Sentinel, a rectangle standing 7 feet tall and 42 inches wide, is made of concrete, LED lights, glass and stainless steel.

“The idea for this sculpture came from my childhood desire to have a futuristic protector to keep me safe during my imaginative adventures,” Lancaster says. “The armor-like texture resembles a shield and the light scans for danger.” 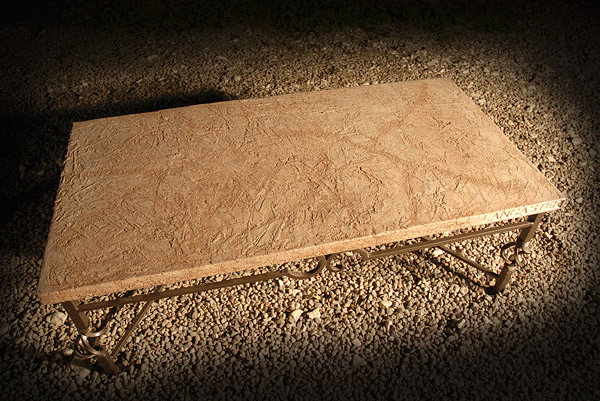 Lancaster likely won’t need The Sentinel to protect him as his art career gets a firmer footing. Perhaps his experience in learning to love a different side of this difficult medium will enable more people to appreciate the virtues of concrete beyond the kitchen and bath. 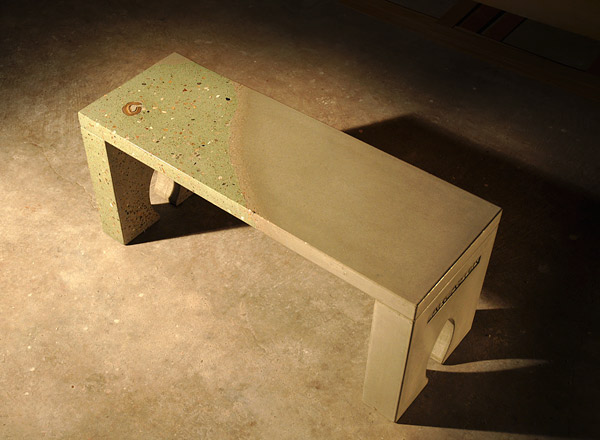 “I’m really serious about pursuing a career as an artist with concrete as my medium,” he says. “I’m excited about it and I look forward to doing a lot more with it.” 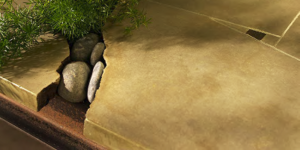 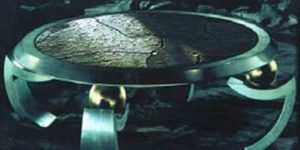 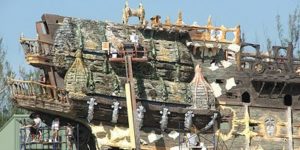