You’ve seen concrete interior floors in such bad shape that your first thought was to rip them out and start over. But there’s an easier approach. Self-leveling toppings or self-leveling overlays can be poured over concrete surfaces you didn’t think were salvageable, saving time and money.

“If you get the right mixer, the right gauge rake and the right roller, it’s quick and easy to apply this stuff,” says Joe Zingale, flooring group specialist at CTS Cement Manufacturing Corp., referring to his company’s Tru line of self-levelers.

“I would venture to say that 75 percent of designers aren’t aware that you can put down a quarter- or half-inch cement topping and polish or grind it and seal it like you can with concrete,” says Koury.

“There are a lot of things you can do with this product to decorate it,” says Rich Cofoid, senior marketing and product line manager at Increte Systems/Euclid Chemical. “You can integrally color it, polish it or apply concrete dyes, acid stains and water-based stains.”

Many manufacturers now have products with aggregate, or you can broadcast your own.

CTS Cement Manufacturing offers the Tru family of self-leveling products with decorative features, says Zingale. “Tru is more of a buff-tone cement with fine aggregate. Then there’s Tru Gray, with a light gray color added in the bag, and Tru PC, a gray with concrete-looking aggregate. That’s what’s really taken off,” says Zingale about the latter, a high-flow topping that simulates polished concrete. “We can add glass or color to simulate a terrazzo floor. We have various color and aggregate combinations to give customers a multitude of looks.”

CTS has also found a way to give customers great aesthetic consistency, says Zingale. “We found a quarry we use for all of our aggregate, so if we have a customer in Germany and they have an office in the U.S., the look is going to match.”

That issue of consistency is very important to the industry.

Referring to one ideal application, Andrew Fulkerson, technical services manager at Mapei Corp., describes an industrial space that had been partitioned and the concrete slab treated in a variety of ways. Now the customer wants the walls removed and the flooring to be consistent throughout.

“The old concrete will be damaged in different ways, depending on what’s coming off it,” Fulkerson says. “Carpet allows dirt and moisture to build up, flooring leaves adhesives and tile leaves grout behind. But the self-leveling product can go on over all of those surfaces for a consistent look.”

Mapei offers three options of self-leveling toppings: Ultratop in both white and gray, and Ultratop PC, a salt-and-pepper finish that can be used in such interior moisture-buildup areas as lobbies, commercial kitchens, bathrooms and bars.

Mike Tracy, business development manager at Ardex Americas, addresses the issue of consistency regarding a contractor project for a big-box space that had been used for various retailers over time. Each had treated (or mistreated) the floor differently.

“Instead of one uniform and monolithic slab, they found a patchwork quilt of existing surfaces. There were slabs of different ages, colors, textures and a range of pre-existing conditions, such as slopes for drains and backfilled mechanical trenches from over the years. The polishable self-leveling overlay option offered the possibility of a consistent look despite the various challenges.”

Mark Pryor, a contractor and president of Performance Floor Systems in Orange, California, most appreciates the application consistency of Ardex PC-T (Polished Concrete Topping). “I’ve had a job where I used eight truckloads of the product, each truck with 17 pallets, and I knew that every bag would be consistent in color and mix,” he says. “Quality control is one thing I don’t have to worry about.”

The glass-smooth finish can be another draw to certain clients. Fulkerson says that one user is a Spanish-language network in Florida with robotic-driven cameras for newscasts that had to be able to wheel along the floor without jarring the shot.

Fast cure
Ardex Americas introduced the underlayment product category in the 1970s, says Tracy. The Ardex line expanded to include Ardex PC-T, a polished concrete topping in white, gray and light gray, and, more recently, a product with specialty aggregate.

“We introduced K-521 for the polishing market earlier this year,” says Tracy. “This 6,800 psi material is scratch- and indent-resistant and polishable in 24 hours. It also contains a specialty aggregate to better replicate the appearance of standard polished concrete.”

So how does a self-leveling topping compare to the real deal?

“It’s like concrete in that it’s cementitious, but it’s composed of a much finer aggregate,” says Increte System’s Cofoid. “Concrete has large rock aggregate. Self-leveling toppings can have pea gravel added as an extender. The mix also includes leveling agents and additional chemistry not found in concrete.”

Westcoat’s Koury explains it this way: “Concrete consists of four ingredients: sand, rock, cement and water. With the average self-leveling topping, you’re looking at 10 to 20 ingredients that work together to give a hard-cured concrete finish within hours or days. It has to be fast drying, close to ultimate hardening in a week. In some cases, you’re walking on top of the stuff in four to six hours.”

Compared to concrete, self-leveling toppings are relatively thin. The consistency of a self-leveler is more of a slurry, so gravity isn’t the contractor’s friend. That’s why vertical surfaces are out.

Self-leveling toppings are primarily used on interior floors, but some contractors use them on countertops and in precast molds. Typical applications include warehouse floors and for institutional, educational, office and commercial, retail, supermarket and food service, residential and even light industrial use — with an emphasis on light.

“Polishable overlayments are intended for use with foot traffic and moderate, rubber-wheeled forklifts,” says Ardex’s Tracy. “They’re not suitable for hard plastic or steel-wheeled environments. They’re not right for heavy-duty manufacturing and chemically harsh industrial environments. And dragging heavy metal equipment or loaded pallets with protruding nails will gouge, indent or damage the surface.”

As with most flooring projects, the prep work is a critical starting point.

“Your concrete has to be sound,” Mapei’s Fulkerson says. “You have to go in and fix all the cracks, caulk the joints, repair the heavily deteriorated areas, bring them up to level somewhat and then install the system.”

If you have a movable crack, forget about it, says Increte Systems’ Cofoid. “The product doesn’t suspend the laws of physics.”

Once the prep work’s done, says Koury, “You have to rough that concrete up by grinding or shot-blasting to an ICR (International Concrete Repair Institute) scale of about a three to five so it’s fairly rough — like about 20-grit sandpaper. Prime the surface with an epoxy primer that’s moisture tolerant, then broadcast a little silica sand into it and pour your self-leveling material. But you have to pour very fast.”

Lastly, finish according to the artistry of your choice.

Earlier versions of self-levelers had to be applied with trowels, and you’d end up with trowel marks, says Koury. “We got away with that 20 years ago, but now no one wants to see trowel marks unless it’s a look they’re going for. Now they want to see what looks like a machine finish.” That’s achieved with gauge rakes and rollers.

As for the durability issue of a half-inch-deep coating, Increte System’s Cofoid has total confidence in his company’s product line. “It should last the life of the building in most cases. That’s in part because the topping cures out at 6,000-plus psi, twice the compressive strength of most concrete slabs,” he says.

“If you add aggregates to the overlay, use a sufficient amount of material to completely cover the stone or a bumpy surface may result,” adds Cofoid. “Should that occur, you will have to grind the surface smooth, exposing the aggregate or apply a second coat of self-leveling material.”

Koury says the decision to use this product versus concrete isn’t always such an either-or decision. He uses the example of dental caps to compare the relationship of the topping with the concrete floor beneath it.

“You don’t talk about your cap. You talk about your teeth,” he explains. “If we do our job right in this arena of self-leveling polishable concrete toppings or overlays, and treat it properly, it should look like concrete.” 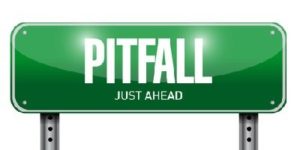 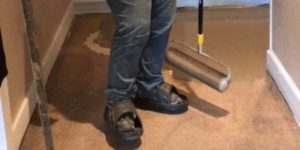 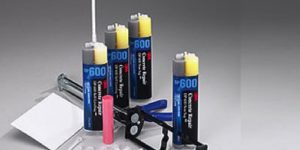