Imagine you own a company that supplies concrete contractors with the tools for their trade. You offer a product that has been the industry standard for decades and is essential to most contractors in your industry. Your company sells a lot of them and they are a good source of income. Your company is a recognized industry leader as a provider of the product.

Given that, would you put the time and effort into revolutionizing that product, or would you stick with the status quo?

If your company is Proline Decorative Concrete Systems, the answer is you revolutionize.

According to Tyler Irwin, national sales manager for Proline, improving upon its products is one of the company’s business principles.

“We’ve never accepted the idea that anything is good enough,” says Irwin. “We’re always looking at ways we can improve a product, no matter how popular or utilitarian it is. Our belief is that everything can be made better.” 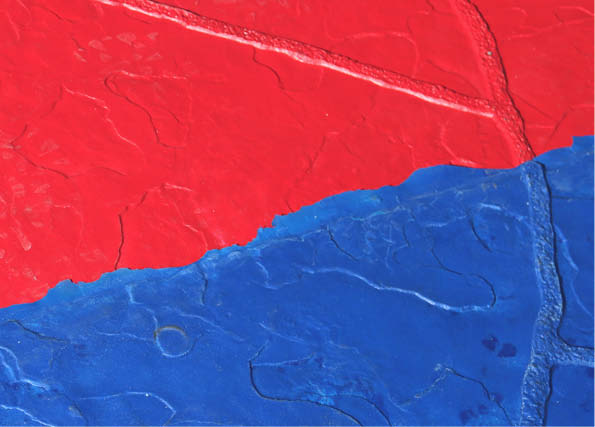 A game changer
Proline’s newest improved product is its magnetic concrete stamps. If you talk to people who have used these stamps, you’ll hear words like “groundbreaking,” “game changing,” “innovative.” Not only are these stamps easy to use, but they’re bigger yet lighter than standard stamps and fiber-reinforced throughout.

John Saxe, president of Farrell Equipment and Supply in Eau Claire, Wisconsin, says there are numerous advantages to using the new magnetic stamps. One of the biggest advantages, he says, is there’s no touch-up required the day after stamping as the stamps don’t produce the “ooze” one gets with traditional stamps that create a ridge.

Saxe also points out the stamps can be rotated and overlapped so there’s no repeating pattern. The stamps are bigger than most on the market, about 4-by-4 feet, so your crew gets the job done faster. “When you consider the saved man hours and the ease of training new people, these stamps can translate into increased profit for contractors,” he says.

Irwin says that Proline is methodical and deliberate in the way it develops new products. “That’s another one of our business principles,” he says. “We refuse to release anything into the market if it isn’t perfected, field-tested and reviewed by concrete professionals whose opinions we trust.” 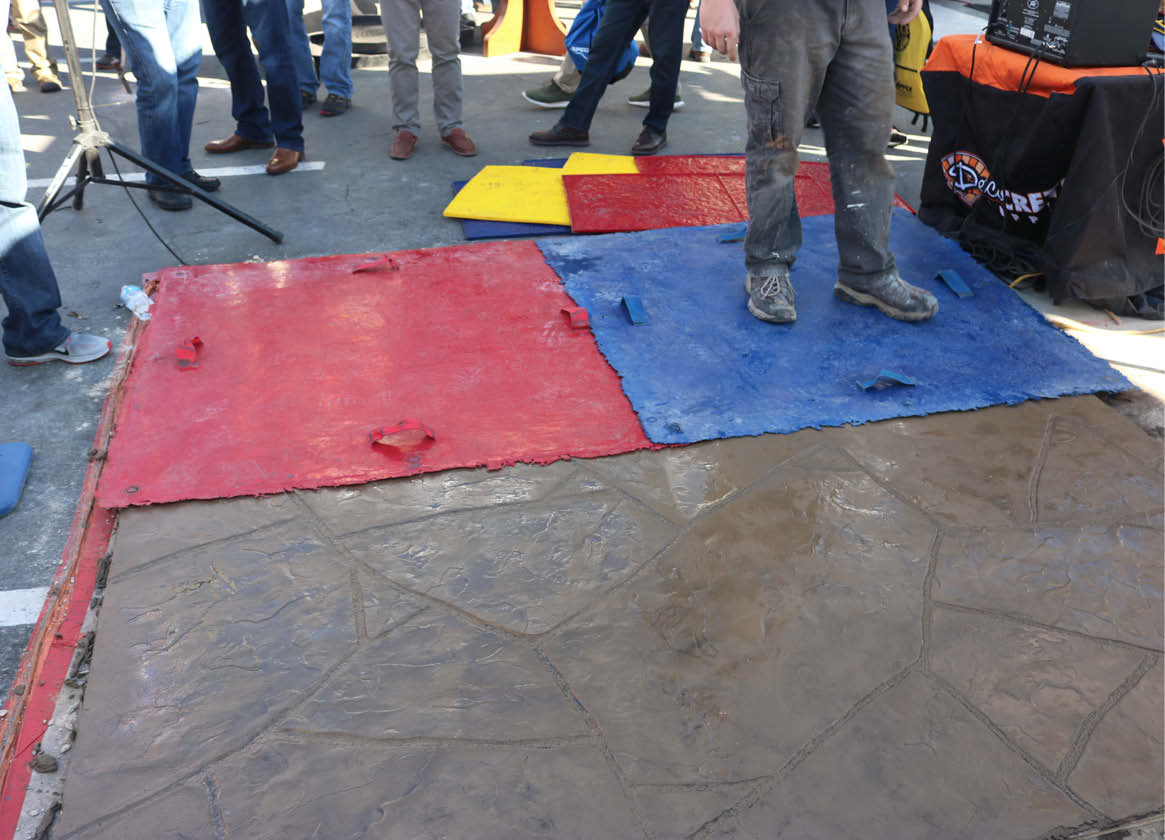 Faster and easier
The magnetic stamp took about four years from concept to availability for the concrete industry at large. Proline introduced the stamps at World of Concrete 2015. The next step was to have select contractors field-test them and provide feedback.

Allen Decorative Concrete Co. in Escondido, California, was one of those contractors. Owner Allen Ortiz says that as far as he’s concerned, there’s nothing about the stamps that could be improved upon.

“With these stamps there’s no doubling (repeating patterns) and no seam that needs to be touched up the next day. The fact that you can rotate the stamps 360 degrees allows us to be completely creative with any of the stamps. Plus they’re faster and easier to use than any of the other stamps we’d been using,” Ortiz says.

He adds that a layout line on top of the stamps makes them almost “idiot proof.” Not to mention, it’s far easier to stamp alone if he has a crew working at another site. “They really are pretty amazing,” he adds. 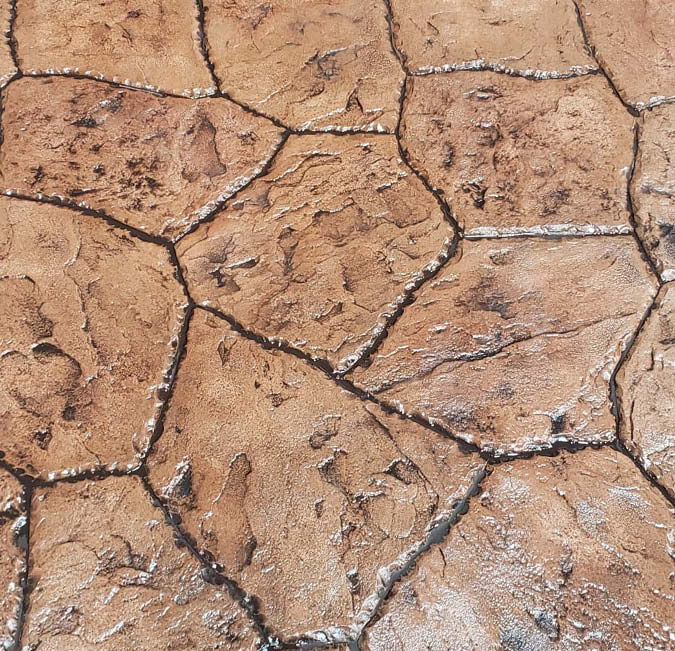 More in store
Irwin says Proline is working on developing more patterns for the stamps. Like anything else the company does, it’s being deliberate in creating and testing each pattern. Proline offers 10 patterns with the magnetic stamps — from the popular Sausalito to the more traditional cobblestones and running bond patterns.

“We visualize being able to offer as many patterns with our magnetic stamps as we have with our other stamps,” says Irwin. “As well as duplicating some of our signature patterns, we’re currently working on a random sand pattern that we’re very excited about, and we’ve begun talking about a water pattern that will simulate ripples in a lake.”

Proline currently offers more than 150 patterns with its other stamps. “Until we develop as many choices with our magnetics, there will still be a place for our traditional stamps and skins,” says Irwin. 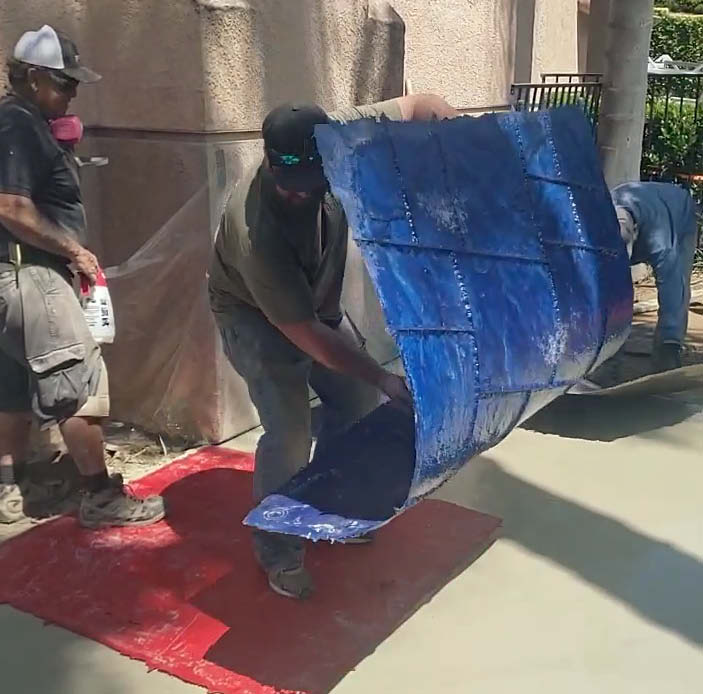 “The ease of use, the elimination of next-day detail work, the larger stamps and the speed with which someone can stamp with these is game changing,” says Honey. “The magnetic edges make them easy to lock together. As far as price goes, they’re competitive with other stamps on the market. The only reason I can think of why a contractor wouldn’t switch would be because of their existing inventory of traditional stamps.”

Mike DeReu, owner of DeReu Decorative Concrete in Buda, Illinois, has been in the concrete industry for more than 40 years. He was another of the contractors Proline asked to test its new stamps. In short, he was impressed.

“The magnetic stamps are so fast and easy to use that it’s obvious that they’re great for any contractor’s profit margin. You can save a lot of man hours simply because of how easy they are to use and because you don’t have to send people back the next day for hours of touch-up. I can even use them by myself and manage up to 800 square feet without losing the pour. You can’t screw up the pattern with these stamps and there’s really no learning curve to using them,” he says.

DeReu says there really was no need for Proline to have contractors test the stamps before releasing them to the market. “They had it down by the time they had us test them,” he says.

Tips from the top
Irwin says for the best results, contractors should use only liquid release with magnetic stamps. Powder release tends to build up on the magnets, resulting in a darker area when the stamps are released.

Contractors also shouldn’t tamp directly on the magnetic strips when multiple magnets are stacked as that can transfer an unwanted impression onto the concrete. “We tell contractors to treat them like the handles on a (traditional) stamp,” Irwin says. However, he adds, you can tamp on a single magnetic strip.

Irwin is proud of all the innovations Proline has come up with over the years. Magnetic stamps, he says, are just the latest of a long line of products the company has introduced to the decorative concrete industry.

He credits his brother, Jeff, co-owner of Proline and one of the people being inducted into the Hall of Fame during the upcoming Concrete Decor Show in Texas, for being the in-house visionary.

“Jeff never stops seeing how things can be made better. His vision, and the creations that have been spawned by that, has basically become the recognized signature of the Proline brand,” says Irwin.