A conversation at a trade show, prodding from a friend, and research into green building techniques led Kevin Winkler to create not just a home, but a showcase for concrete construction and design.

Winkler, owner of KW Specialized Construction LLC, based in Chehalis, Wash., became intrigued with the idea of using insulating concrete forms, or ICFs, during the Tacoma Home & Garden Show a couple of years ago. While displaying samples from his decorative concrete construction, stamping, staining and refinishing business, he struck up a conversation with Bob Thompson, a manager at Miles Sand & Gravel Co., of Auburn, Wash., about concrete home construction. “It was just obvious that it was the future,” he says.

Winkler had already received the building permit for a stick-built home he had planned for five acres in the Boistfort Valley, but switched directions with the urging of Justin Farley, an electrician friend and fellow concrete specialist who promised to help out.

“When you can build green and save energy at the same time and go fast — I built my house in three months and three weeks — it’s going to put money back in your pocket down the road,” Winkler says.

Winkler, along with Farley and two others, finished the 2,600-square-foot home in the summer of 2006. Not only is it an example of fine concrete building techniques, but it also highlights 67 linear feet of decorative concrete countertops and various staining techniques on the floors. They even built a concrete dining-room table and a concrete tree, complete with cup holders, for the hot tub. They used just under 250 yards of concrete in the home, sidewalks and driveway.

“My neighbors are farmers, and they think I’m the craziest son-of-a-gun this side of a turnip,” Winkler says.

Maybe so, but his efforts earned him two Excellence in Concrete Awards from the Washington Aggregates & Concrete Association: first place in the residential decorative concrete category and second place in residential ICF construction.

Farley, who is now Winkler’s housemate, says some of his favorite features are the Celtic knot design on the dining room floor, which involved a lot of hand work, and the checkerboard pattern on the kitchen floor, which involved math and precision. “I enjoyed creating both extreme ends — artistic and mechanical. You have so many choices with stained concrete floors, imagination is your only limit. They are super-tough, and the heated floors feel so good on your feet. Cleaning and waxing takes about 45 minutes throughout the whole house, so us men have no excuse not to keep the floors clean anymore.”

The countertops are varied in color and design. In the master bathroom, the edge features exposed shells. In the kitchen, one section of countertop so closely resembles a rough-sawn log that it fooled a logger who lives nearby. He actually crawled underneath it to prove to himself that it was really concrete.

Winkler credits Ken Heitzmann of Decorative Concrete Systems, based in Milton-Freewater, Ore., with providing excellent training and advice over the last 10 years.

Winkler had built 12 traditional homes when he started his concrete home, and was taken by surprise by the ease and speed of using the Logix ICFs. Once the slab was complete, he set up the interlocking ICFs (adult Legos, as Farley calls them) on a Monday morning and had them filled with concrete by Friday afternoon. The thought of pouring that much concrete into foam blocks was pretty intimidating. “I literally thought I was going to lose my mind,” Winkler recalls. But in the end, he says, “It was almost strangely easy.”

That Monday-to-Friday pace is about the same time framing would take in a stick-built house. The difference is that two built-in layers of foam insulation are installed at the same time. The forms, instead of being removed after the concrete hardens, remain in place and become part of the wall structure, with drywall being the next step.

Farley says the electrical work was no more difficult in the concrete home than it would be in a stick-built house. Channels or grooves are cut into the forms, and plumbing and electrical lines are inserted into those grooves. The drywall is screwed directly onto the forms. 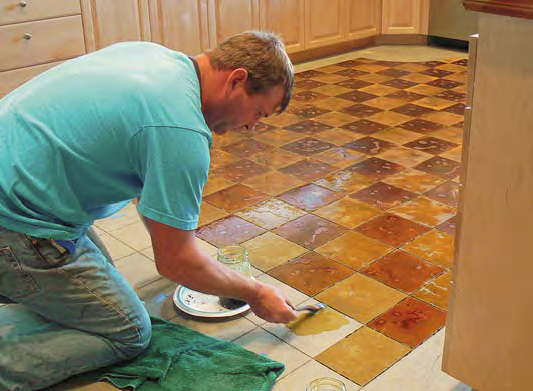 He too, is sold on ICFs. Building costs are minimally higher, he says, but considering resale values, lower maintenance costs and energy savings, it’s the material of the future, especially considering the popularity of the green building movement.

Winkler estimates that he spent about 7 percent more on building costs than he would for a stick-built home, but he thinks he’ll be able to build for less the next time around. In nine months, he plans to sell his home and build with ICFs again. Farley is looking for land for his own project — a duplex made with ICFs.

Winkler says concrete construction will save him big dollars in energy costs. The radiant heat keeps the floors toasty, and the heat is retained so well that he runs heating and cooling systems only five months out of the year. In the summer, he opens the front and back doors before work to let cool air in, closes it up and keeps the house cool for evening.

In fact, a 1997 survey commissioned by the Portland Cement Association found that ICFs reduce energy used for heating by about 44 percent and energy for cooling by about 32 percent. 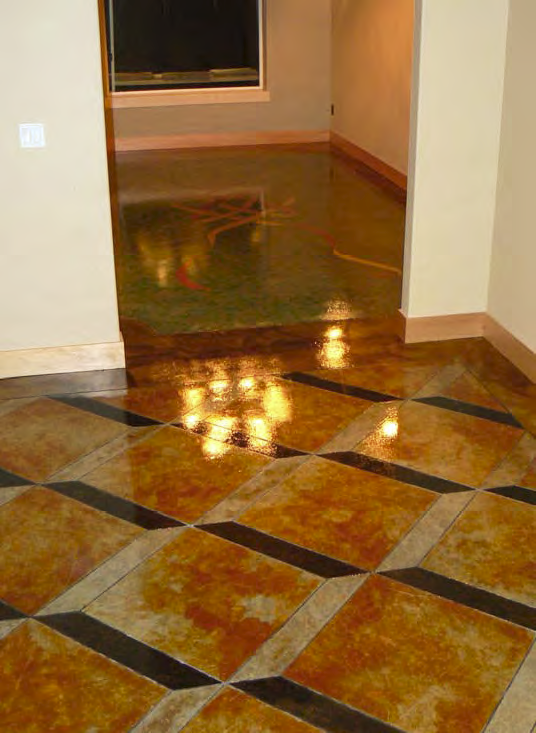 Winkler says he built with the idea that he would be able to live comfortably for six months without power, using a generator, gas range and gas-powered water heater.

Other benefits of concrete houses? Walls made of concrete help eliminate worries about mold, moisture and outside allergens. They’re soundproof, airtight, cost-effective, durable (especially during hurricanes, tornadoes or earthquakes) and are similar in appearance to stick-built homes. Winkler’s home is covered in HardiePlank concrete siding, but next time, he wants to try a FossilCrete exterior.

Winkler often walks potential clients through the house, explaining, “If you can think it, you can do it out of concrete.” Their reaction? “They can’t believe it’s concrete.

“Now I can’t wait to build again because I have so many new ideas.” 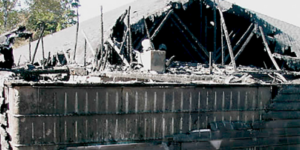 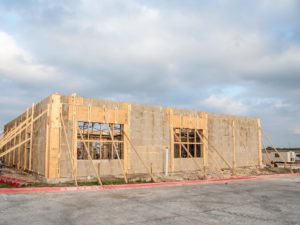