If asked, you can best describe cement as a “hydraulic adhesive.” It consists of nothing but special glue that binds sand and gravel together, forming a stone-like hard element. By itself, cement has very little use. However, when you blend in aggregates — such as sand and gravel — it forms concrete. It’s all around us — in our homes, businesses, sidewalks, bridges, roads and highways. Certainly, concrete is the most-used man-made material ever invented.

The early Romans invented cement/concrete when they mixed volcanic ash (a pozzolan) with lime (calcium oxide). They discovered when they added water, it formed an excellent adhesive they named “opus caementicium.” Now called mortar, the substance could hold together large stone boulders to form walls. And if the Romans added gravel, it could be poured on the ground to form hard concrete slabs and paved roads that still exist in Europe and North Africa.

This highly useful material didn’t gain much popularity as lime and volcanic ash weren’t always available. Then in 1824, an English mason and self-proclaimed chemist named Joseph Aspdin invented modern portland cement. He named this cement “portland” because it resembled the stones found on Isle of Portland in England.

Breaking down the chemistry

Aspdin knew the Romans had made cement out of lime and volcanic ash. Because volcanic ash was in short supply in most areas, he opted to use limestone and sand for his product. These readily available materials are available in abundance in nature.

But limestone (calcium carbonate) posed a problem. Namely, it’s insoluble in water and can’t be hydrated. Aspdin conducted many experiments to try to chemically convert calcium carbonate to calcium oxide (lime), but he failed each time.

As already mentioned, lime (calcium oxide) is readily soluble in water. However, once it reacts with water, it transforms into a hard stone-like material called calcium hydroxide (simply put, cured cement). The chemical reaction is very exothermic (energy liberating). So much so that if the Hoover Dam didn’t regularly come in contact with cold water, it’d still be emitting heat.

As the name indicates, it cures without water. It’s made from powdered limestone, gypsum and a liquid called oxychloride. It has little use in the major construction industry. However, because of its water-insolubility characteristics, we widely use it to construct bridges and water reservoirs. The amazing feature of this cement is the longer the structure ages, the harder and tougher the structure becomes.

Basically, modern hydraulic cement is the same cement that Aspdin developed. However, to meet the mechanical properties of modern and highly demanding architectural structures, the cement had to be modified.

The portland cement available today consists mostly of lime and added silicone dioxide, aluminum oxide and ferric oxide. Aluminum oxide plays the most important role. When you add water, it turns into a gel and holds water for a long time. Next, silicon dioxide gives the cement flexibility and chip resistance. And finally, ferric oxide makes the cement stronger overall and enhances its tensile strength. This cement also has a lot of manganese oxide, which gives it its gray color.

Chemically, white cement is the same as gray portland cement. However, it has a much lower amount of ferric and manganese oxides. Other differences include processing it at a much higher temperature and ground much finer than gray cement. Contractors and designers mostly use white cement for decorative purposes such as concrete floors, architectural building components, lawn ornaments, statues, columns and pillars. People also use it to waterproof dry walls. 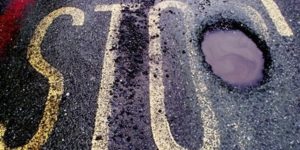 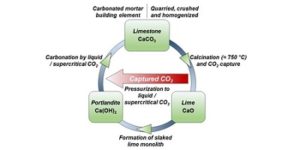