Once upon a time, and not so very long ago, a large segment of business was conducted in person or via a hard-wired telephone, and pencil and paper were the order of the day. An adding machine handled simple math functions, and an electric typewriter in the office was high tech.

In those days, the possibility you could easily measure a space without a tape measure, take the information and punch a couple buttons to get the amount of colorant needed to redo it, or let clients “see” what their preferred choice of concrete texture and colors would look like on their site all sounded like science fiction.

Fast forward to today, and not only has that fiction become reality, but the ability to do these amazing feats — and more — is as close as a smartphone or tablet, and often free or at low cost. Whether it’s via an app or an easily accessed website, there are several quick options for finding all sorts of helpful information.

A quick answer
Take the matter of product. It used to be that experience and a little figuring could get you the answers to how much material you’ll need for a job. Today, the answer is as quick as plugging some numbers into an online calculator.

Dade City, Florida-based SureCrete realizes it would be helpful for homeowners or their contractors to know just how much of its products it will take to create a certain look. For that reason, it’s created apps for each of the company’s product divisions to help them quickly compute just that.

“Some of our systems require six or seven different products,” says Joe Myers, SureCrete’s online marketing director. “This way they don’t have to divide each product out. They just enter the square footage and it will tell them all the product amounts they need to complete the project in one shot.”

Myers adds that in the past it wasn’t uncommon for a contractor to overorder or, worse, underorder and not have enough to finish the job.

While SureCrete’s apps are focused on its products, Hagerstown, Maryland-based vCalc prides itself on its wide range of free calculators — more than 11,000 of them. Company President Kurt Heckman, who used to be an aerospace engineer, says when he sold his previous company about seven years ago, he created a website where people who understand how math can help others in specific areas can create and share free online calculators.

These days, Heckman has a staff to help support his calculators, which he says serves two markets especially well. One is high school and college science and technology students, and the other is the construction industry.

“We have a large construction library of calculators that will do everything from determining how many 2-by-4s you need for a wall to how many joists you need for a deck,” he says. “One of our most popular ones is related to masonry concrete. It’s our Rebar Calculator.”

The Rebar Calc computes how much rebar is needed for a specific size of pour. And, Heckman says, it also reflects something unique about vCalc’s approach. The company’s first rebar calculator was simple, but users asked if it could incorporate a couple of additional features.

“Within 24 hours we added each feature and the result is a calculator used to compute thousands of tons of rebar every month in the U.S.,” he says. “Anytime we can find a smart person and I can build a tool for them, chances are I’ve helped thousands.”

Second sight
Companies such as Solomon Colors in Springfield, Illinois, and Z-Counterform/Concrete Countertop Solutions in Scranton, Pennsylvania, are busy calculating how they can best give homeowners planning a concrete patio or thinking about concrete countertops some peace of mind through their visualization apps.

Aaron Szerletich, marketing coordinator for Solomon Colors, says officials there saw how difficult it was for people to imagine what stamped concrete might look like on their site given the different textures and color combinations available.

“It’s always been back and forth, holding up a color card and looking for pictures,” he says, never able to find the exact color combination you want. “We also noticed a lot of people would think this color and that color together would be great, but it probably wouldn’t. This helps them see what works and what doesn’t.”

For Z-Counterform, the idea for an app arose after company employees at a tradeshow saw a company utilizing AR (augmented reality) to help display its sinks.

“So, we thought, what if people could see the countertop and everything that goes into it,” says Z-Counterform’s Dario Baldoni. “We started working with the same software developer and gave them all our edge profiles and all our different colors, and that’s how it came about.”

Because of the desire to present a good-sized view, these companies’ apps are designed for iPads and Android tablets rather than smartphones. They also require users to obtain a “target” from the company online, or in the case of Solomon Colors, it’s also available by mail. Szerletich says the by-mail version does a better job of scaling the visual image.

Both also see the app as a sales tool. While concrete countertops have some appeal with the do-it-yourself crowd, Baldoni says the Z-Counterform app is also a great option for professional installers.

“We’ve shown it to a lot of our distributors because they can use it in their showrooms to show people different options,” he says. “The same is true with professionals. They can go into a home and show the owners how different options will look in their own kitchens.”

Since Solomon Colors markets to professionals, its app is designed mainly as a sales tool for them, although homeowners — often at the suggestion of their contractors — are using it, as well.

“We were hoping that would happen,” says Szerletich. “If clients demo the app they can have some idea of what they want prior to a consultation. Instead of the contractor doing many samples or taking the customer to past job sites, it saves time and energy for the contractor while giving the end user a better experience.”

Measuring up
What’s truly amazing about apps is that there are so many of them, and more coming out every day. Take the tape measure app, AR Measure, now in the final stages of development by New York-based Laan Labs.

Jason Laan says the idea of using a smartphone for measuring has been in the works for a long time. In fact, the company marketed one a few years ago based on the iPhone’s microphone and speaker being on the same side.

“It used a little sonar ping, but it really required markers or a more powerful computer,” he says. “Now, with Apple’s AR, we’ve solved some of the harder problems that lets the information process in real time.”

Not that the app isn’t still a work in progress. Laan expects to release an Apple ruler app this fall, with an Android version to follow. The initial version probably won’t be exactly accurate, but “it should be useful while still being in the high 90 percent range for accuracy.”

Achieving 100 percent accuracy is a future goal for the app, and Laan says he expects when it’s released the true 3-D measuring app should have some additional features. A price has not yet been set.

The real bottom line, Laan adds, is that people should expect the app market for the construction industry to continue to improve and grow, especially since more people are not only used to working with apps, but they regularly have their phones or tablets with them on the job site.

“Even tablets can do a lot,” he says. “We see this becoming more of a standard for them and for phones.” 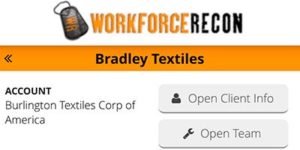 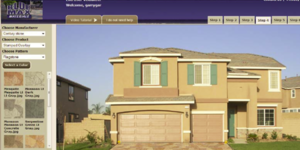 A Tool to Help Visualize Decorative Concrete by Depiction Software 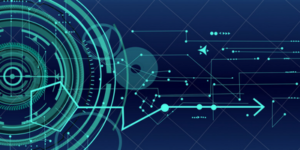 Innovative New Tools That Will Help the Polishing Contractor