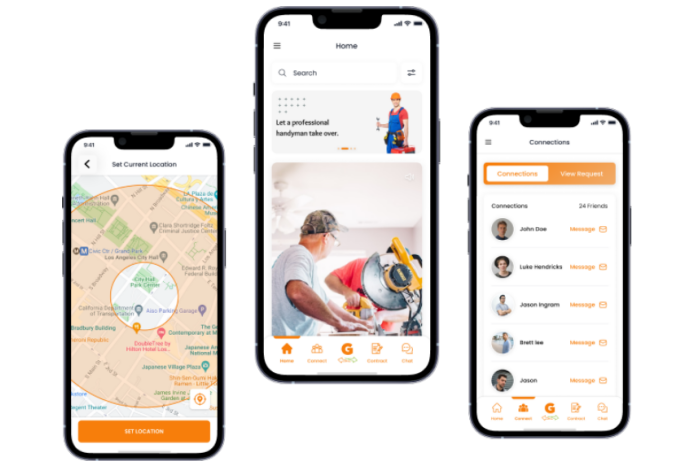 These days, it seems like there are apps for everything. Some often serve a purpose in some far-fetched way. And then others actually address a real need.

The app — GigMi, which came on the market in early November 2022 — falls among the latter. A concrete contractor — who tired of jumping through the hoops of hiring and paying subs for jobs — and his partner, a middle-school math teacher, developed the app. They designed it to easily help two sides get together and get payments moved from bank account to bank account. And all the while, it keeps track of the government’s required paperwork. 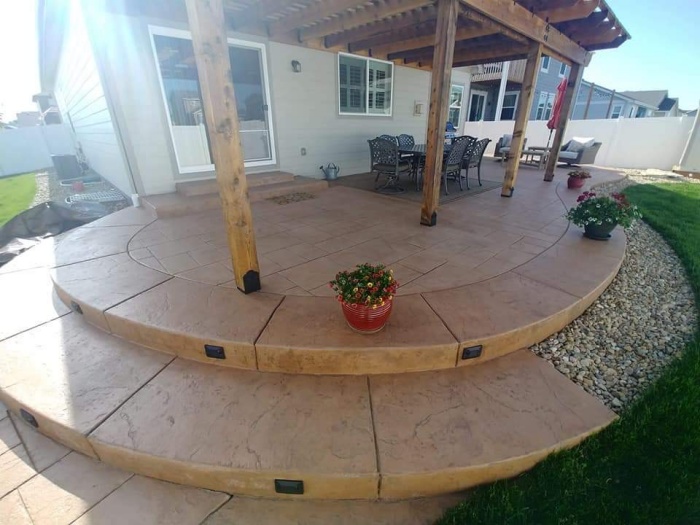 From laborer to entrepreneur

The man behind the app, Anthony Harvey, has been working in decorative concrete since he was 18. Now the owner of Decorative Concrete Finishes, he learned the trade working for Scott Mutz, owner of Advanced Concrete Design. Mutz was one of the first people to introduce stamped concrete to the Santa Fe, New Mexico, market.

“We just started looking at all these different decorative concrete schools, and we learned as we went along,” he explains. “Eventually, we started doing a lot of interior acid stains and concrete countertops. It was tough to get it all down, but after a while we got rather good.” 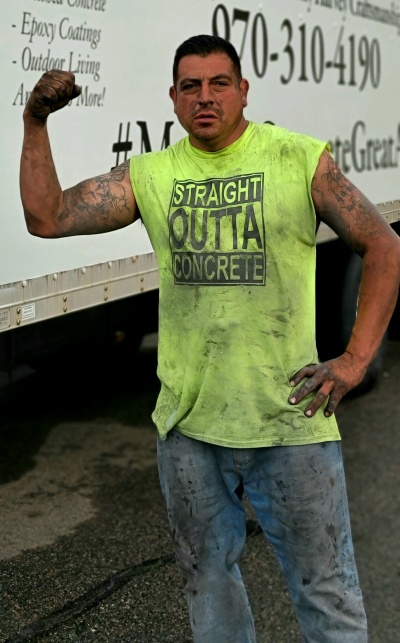 However, Harvey’s wife convinced him to move their young family to her native Colorado. There, he got his first job rather easily. He simply applied for a position with the most prominent stamped concrete contractor featured in the Yellow Pages.

After about three months, he concluded he wasn’t a laborer. “I started doing the home and garden shows,” Harvey says. “And, by the following year, I had my own ad in the Yellow Pages. (Business) just took off and after a few years, I didn’t even need an ad.”

Today, Harvey describes himself as “an entrepreneur” with a raw passion for getting concrete placed and formed. To get the job done, he normally uses freelance concrete finishers who charge a flat fee to do the pour. Subsequently, many of these would volunteer to stay so they could learn how to stamp.

Determined to overcome the drawbacks

However, there was a drawback to this method. At the end of the day, he had to stop work to pay each sub with cash or a check. He also had to collect information so he could produce a 1099 at the end of the year.

“It would slow down my momentum. It just wasn’t convenient because I had to stop what I was doing,” Harvey says. “Sometimes I’d have to go to the bank. That could take hours.”

His initially thought he’d develop an app to keep his accountant happy. A simple app that would let him pay his subs and collect the info needed. Then reality hit him: “How am I going to build an app?” he asked himself. “I’m a concrete guy.”

He reached out to Victoria Naranjo, his teacher-friend, co-founder and partner in GigMi. From her, he learned that he could hire someone to develop the app.

“She was really a big part of this,” Harvey says. “We talked to all sorts of people. And it took us a while to find the right guy who also helped with the vision. It’s not just about building the app. There are so many components to it.”

The main feature works just as Harvey had hoped. Both contractors and craftsmen can create free profiles which can include a biography, photos or a video. Craftsmen also include their W-9 information, and both contractors and subs link their bank accounts to the app.

“Once fully vetted — we call them gigsters on the app — they can let contractors know where they’re available,” Harvey says. The craftsmen list whether they can help with a concrete pour, framing, roofing or trim work. Mainly, he continues, “The two sides can message each other. They can create a contract within the app and get the work done.”

While app users can create profiles for free, there is a $50 transaction fee to set up a contract. Say that a job will pay $700. The app pulls that $700 from the contractor’s bank account, along with the $50 fee. When the contractor tells the app the job has been completed, it moves the $700 into the gigster’s account.

And, at the end of the year, the app prepares 1099s for all the tradespeople used. This information can then be relayed to the accountant. 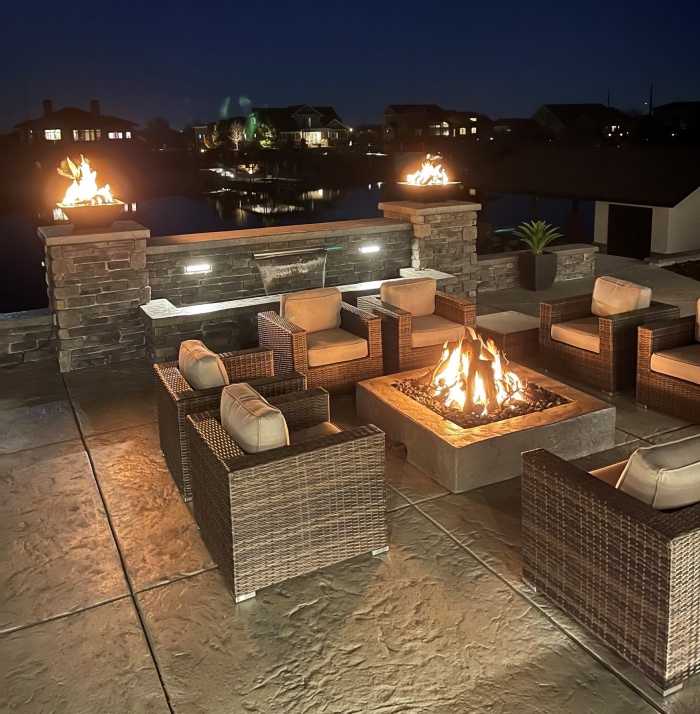 You can also use the app for jobs completed over the course of multiple days not just one, Harvey says. “Instead of paying every day, the tradesman gets paid after the whole thing is done.”

Safely transferring money between accounts was one of the more difficult aspects of the app’s development. Harvey says because of how much credit card companies charge to move funds, he opted for GigMi to operate via an automated clearing house system. Harvey points out many people use an ACH to pay their mortgages.

Plans for the evolution of the app include a monthly subscription fee rather than a cost-per-transaction fee. This way regular users will save money, Harvey says.

The system is also set up for people with a truck and/or trailer who can operate similar to an Uber driver. But instead of transporting people, they’ll be delivering construction products. It could be anything from moving 20 tons of gravel to a few buckets of paint, Harvey says.

Julian J. Moreno Sr., owner of Always Construction Services in Santa Fe, is one satisfied GigMi app customer. He says he’s had a tough time finding qualified craftsmen he could use for a job or three.

“Now, their information is easily available,” Moreno says. And when they complete a job, he can transfer money directly into the craftsmen’s accounts. “I’m also able to track them to give them a 1099 at the end of the year. And I can see how much I paid them.

“It’s worked well for me,” he continues. “I’ve probably used it to hire 25-30 different people.” And he’s yet to have had any problems, he adds.

As for Harvey, he says his biggest issue currently is marketing the GigMi. Subsequently, GigMi will have a booth in the technology area at the 2023 World of Concrete. There, he plans to introduce people to the app, help them download it and create a profile.

“Right now, we have to get the app populated. We’ve got to get people in there,” he says. To do this, he hopes to connect with contractors like himself who already use free agents on projects. He needs the contractors to see the advantage the app offers them when it comes to easily and directly paying their hires.

And it’s important they understand it will keep evolving over time to better serve its users.
“The beautiful thing behind this is the app was done by a freelancer for freelancers,” Harvey concludes. “That’s why we’re going to keep upgrading. There are just so many directions this app can go.”