Like people, businesses often need a reset of sorts to re-energize and better position themselves for the future. For concrete contractors and suppliers, rebranding their company name or product logo can provide this fresh start.

Successful rebranding can ultimately equate to greater market relevance and growth. However, the process often involves hurdles and a lengthy, phased undertaking that can be costly. The scale of various rebranding efforts will vary, but there are a number of common checkpoints: creating a new logo or name, launching a new website, reprinting decals for all equipment and trucks, printing new work shirts and increasing marketing efforts.

“The difficulties with rebranding are being bold, relevant and timeless while not alienating your existing customer base,” says Michael Doyle, principal of Michael Doyle Partners, a business development firm that aided PolishedCrete, a California-based polishing contractor, in rebranding its logo to better highlight its name.

The new logo incorporates a large “P” and “C” over the company’s spelled out name. The previous logo, which was designed in 2000, featured two curved arrows meant to symbolize spinning diamonds. “We wanted to highlight the PC so it would be distinguishable from a distance,” Doyle says. “When you have a large crew of 20 or 30 (trucks/equipment) at a large jobsite — like the 49ers’ Levi’s Stadium — people know we’re there.”

Rebranding carries the most risk for smaller contractors. Investing $5,000 for a website or hiring a consultant to develop a logo and new name can represent a significant financial commitment. To compensate, a number of decorative concrete artisans will try to handle most of the rebranding on their own or seek the assistance of a current employee.

Look before you leap

Troy Lewis learned the hard way that rebranding can equate to unproductive expenses. After operating in Orlando, Florida, as Exquisite Floors and receiving barely any monthly website hits, he hired a marketing company to help him rename the company.

“They failed miserably,” Lewis says. Even though he specifically expressed that he didn’t want his name affiliated with the new company name, the firm proposed names like “Troy Concrete.” When all was said and done, he had dropped $5,000 and was still at square one. Unfortunately, Lewis warns, marketing/business development firms will not refund fees if the clients are unsatisfied with the work.

Lewis paid a high price for that firm’s services, Doyle says, as companies can typically get a logo done by outside consulting firms for roughly $2,500. A logo, he stresses, is one of the most important pieces of a branding campaign. “It can make a huge impact on the growth prospects of the business, setting the proper image in people’s minds.”

After being burned, Lewis was doing a Web search and his attention was grabbed by an image of a red-eyed tree frog. He adopted the image and today his company goes by Red Eye Concrete and sports a logo featuring a green tree frog with red eyes. Two years removed from toiling in obscurity, he was invited to four mixers at the most recent World of Concrete. “I’m not used to getting invited to mixers,” he says.

With the help of a friend and another $5,000, Lewis launched a new website and reports receiving at least five site hits a day. His rebranding efforts also propelled the company to $1 million in sales during 2014. Previously restricted to small jobs around Orlando, Red Eye Concrete has nabbed work for Flippin’ Pizza, an expanding pizza chain. A growing client list has allowed Red Eye to purchase new equipment including prep masters, self-propelled machines, vacuums, trailers and grinder pads.

An employee of contractor Ryan Van Horn has played an integral role in transforming the Modesto, California-based company from Creek Stone Flooring & Design into Creek Stone Resurfacing. This employee handled the renaming, logo and website and also crafts all marketing efforts while working onsite.

Where Van Horn’s previous company focused on hardwood floor installation, a market he feels is oversaturated, CS Resurfacing will primarily focus on decorative concrete, which is reflected in its new logo. “Bringing in someone (like this employee) gets me re-energized about the company,” says Van Horn.

For smaller companies like Red Eye and CS Resurfacing, Doyle says a website designed for mobile devices is key, as roughly 25 percent of overall traffic stems from mobile visitors. 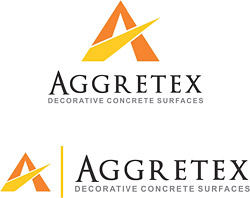 Reviving an existing product used by a limited contractor base represents additional difficulties. When purchasing Aggretex earlier this year, Mike Price acquired a roughly 10-year-old product that had yet to hit the mainstream. His initial response: Change the brand’s logo and establish a webpage to highlight the product, which allows contractors to incorporate various aggregate into cement slurry when topping off a slab.

A yellow trowel was incorporated into Aggretex’s A-like logo and for roughly $5,000 a website was built. While essential to the rebrand, these accomplishments didn’t represent the most costly or time-consuming aspects of the endeavor.

Price, who is also president of Bay Area Concretes in Livermore, California, instead points to building relationships, the cost of travel and additional staff as the largest expenses associated with expanding the product’s reach outside of California. “Click-through advertising will get you initial contacts but you have to have that face-to-face,” he says.

Responsible for achieving Price’s expected market growth will be newly acquired CEO Curt Thompson, who has a background in the flooring industry and connections with various networks of contractors. His salary alone represents a noticeable portion of the product’s rebranding budget. “He’s the most expensive cost really,” Price says. “You have to invest in your people.”

For companies with a global presence, rebranding isn’t so much overhauling a company as it is a way to build a more cohesive organization.

Thomas Concrete Group AB, with 122 plants spread throughout the U.S., Sweden, Germany and Poland, recently adopted the name Thomas Concrete across all operating sectors to coincide with its 60th anniversary in 2015. Thomas Concrete is one of the largest independent suppliers of ready-mix concrete and the firm is bracing for a global rise in demand for its services. The rebranding effort “puts an emphasis on our heritage and history,” says Alan Wessel, president and CEO of Thomas Concrete.

One aspect of the rebranding involves refreshing the decals on roughly 750 heavy-duty trucks and producing new work shirts and signs for the more than 1,300 employees the company maintains worldwide. The new logo features a truck-mounted mixer with a spinning concrete drum in blue, red, gray and black to symbolize water, environment, commitment, concrete and solidity. The rebranding also is intended to influence employees and business units to work more closely together through cooperative marketing activity and more generally integrated operations.

Initially, a new name, logo or service should bring attention to any contractor or supplier that executes a proper rebranding strategy. However, the long-term success of any new brand strategy lies with a company’s employees.

“Everyone needs to know what the brand stands for and what the expectations and requirements of them will be in order to fulfill the new brand’s image,” says Doyle. “The way people look, the way they answer phones and the professionalism on the job site are the real determinants of the brand.” 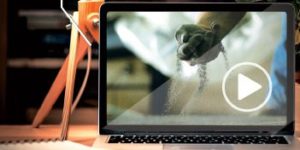 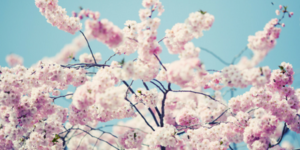 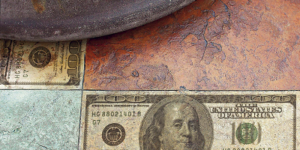